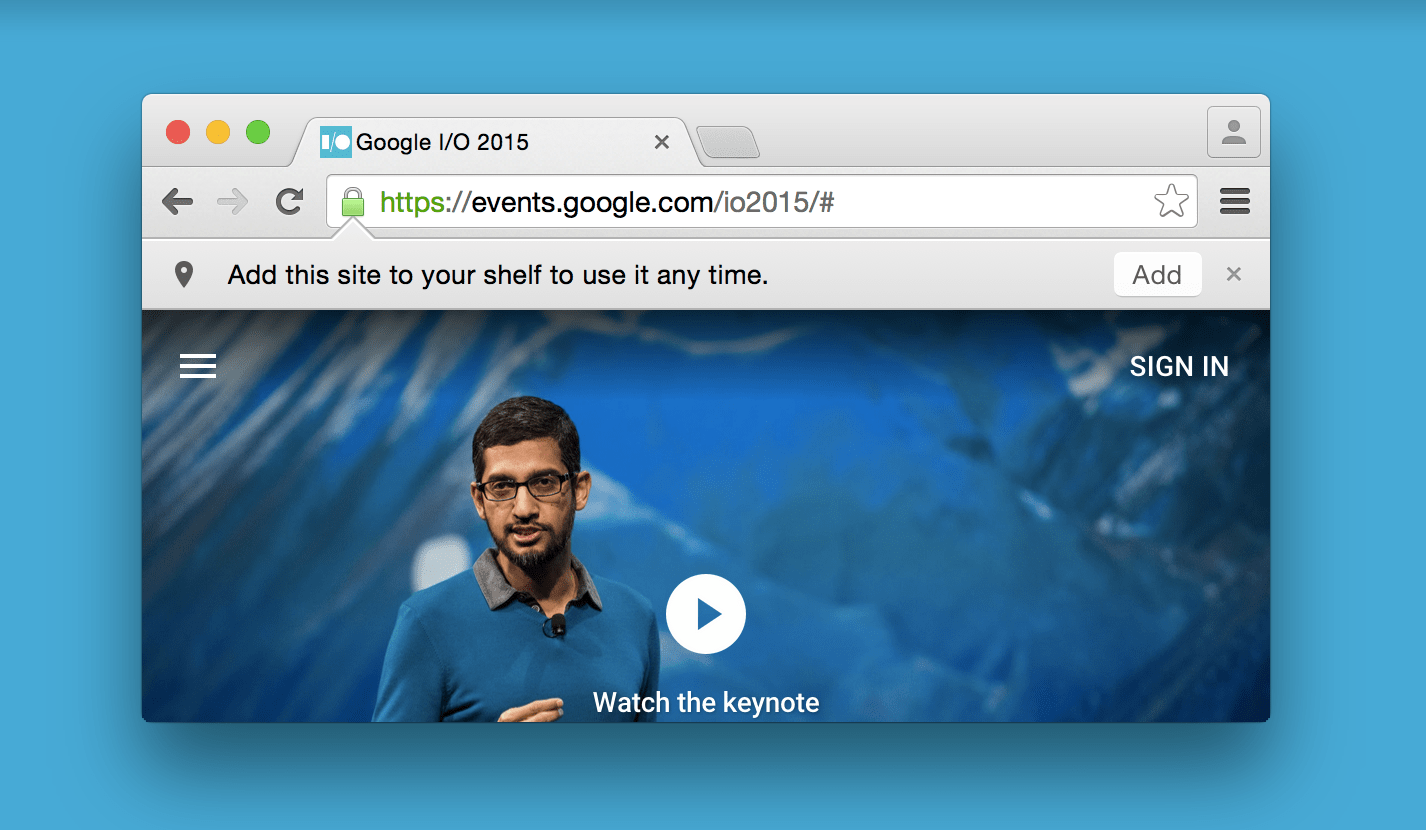 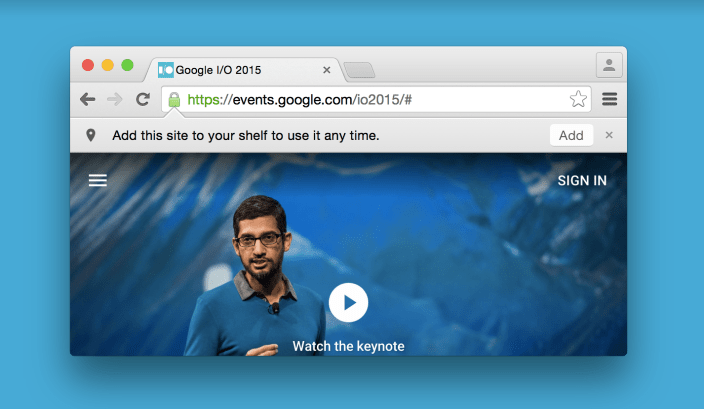 First, you need to grab the latest build of Chromium. For those unaware, Chromium is very similar to Chrome, but it’s the open source foundation that Chrome was built on and is less complete in features. For example, Chromium doesn’t have the built-in flash plug in that ships with Chrome. After you have Chromium, head over to chrome://flags/ and enable “Add to shelf”. You can do this in one fell swoop by clicking this shortcut: chrome://flags/#enable-add-to-shelf.

Coming¹ from Android, the chromium team is now experimenting with Web App install banners on Desktop. By simply enabling the flag named “Add to shelf” atchrome://flags/#enable-add-to-shelf in the latest chromium build², you’ll be prompted to add a site to your shelf when this one meets the following criteria: it has a web app manifest file, a service worker, it is served over HTTPS and you’ve visited it twice over two separate days during the course of two weeks. Note that these requirements may evolve in the future.

Before you are prompted with the above banner, you’re going to have to visit the same HTTPS-served website (with a web app manifest and a service worker) twice over two days at some point within a two week timeframe. As you can see above, a good example of a website that meets these requirements is the Google I/O 2015 page. After a couple days, you should see the above banner and be given the option to add the site to your web app shelf.