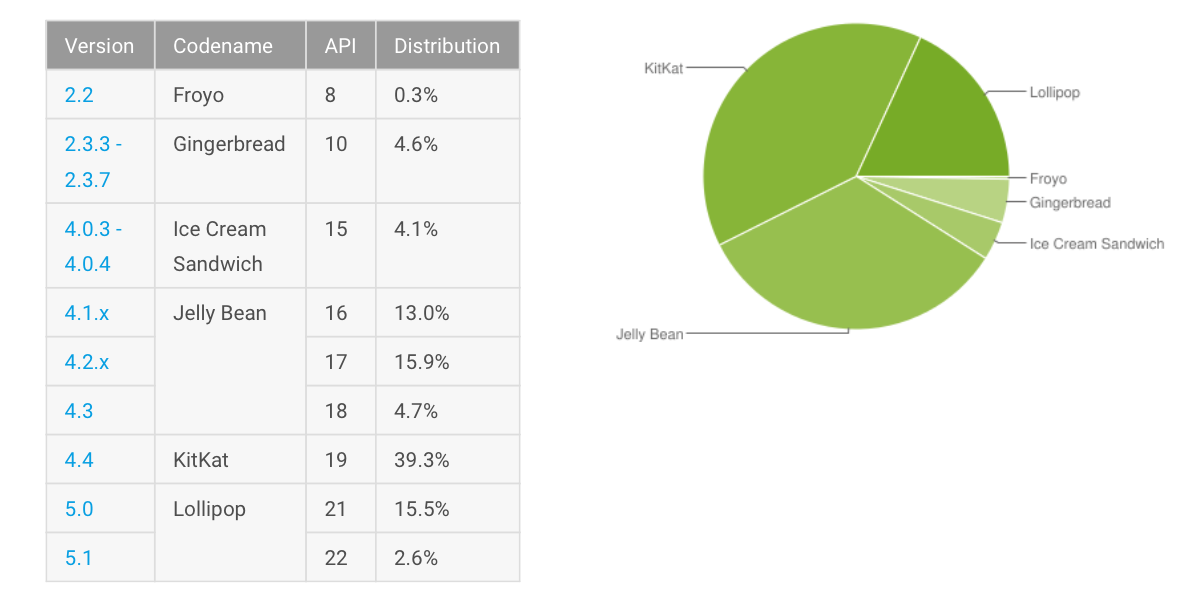 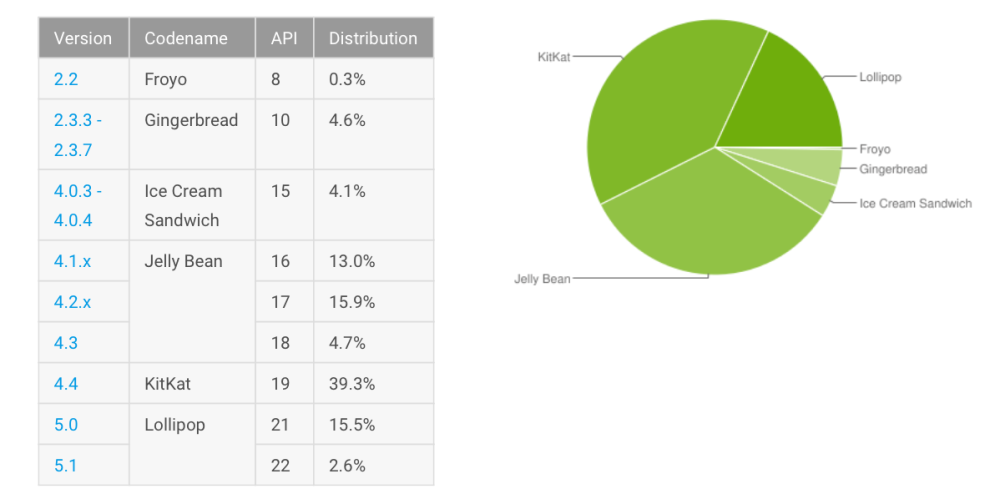 As it does at the beginning of almost every month, Google today has updated its Android distribution data to reflect a 7-day period ending on August 3rd. It’s been two months since the data was last updated, so some more significant changes have occurred. Most notably, Android 5.0/5.1 Lollipop is now installed on 18.1 percent of devices, up from 11.6 percent last time around.

Android distribution data is collected by tracking which versions of Android visit the Google Play Store most often during a 7-day testing period at the end of every month. For this reason, the data does not include information running anything lower than Android 2.2, as they do not support the latest Play Store app.