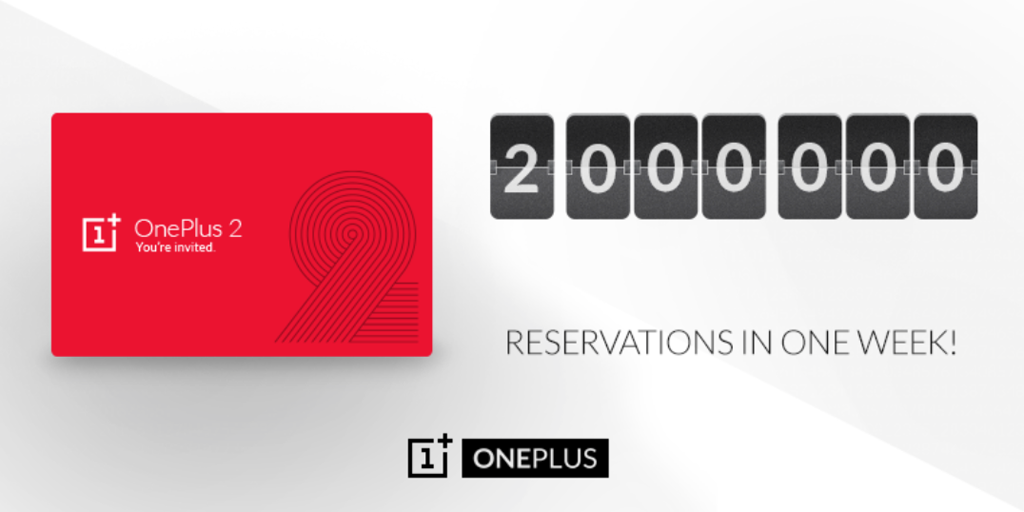 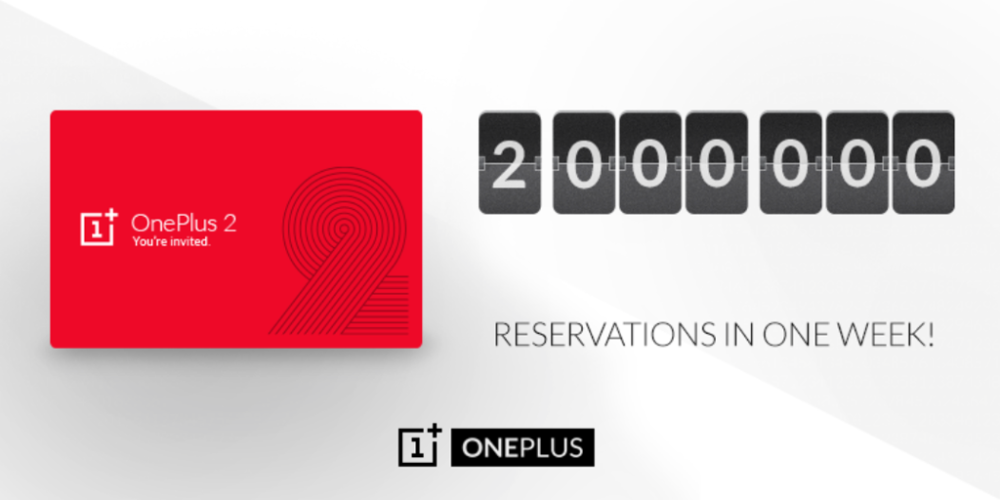 OnePlus has tweeted that it has now notched up two million reservations for the OnePlus 2, just a week after it hit the 1M mark. Would-be customers, however, seem unimpressed by the number, with many replies asking the company to focus less on celebrating the number and more on meeting demand for the phone …

If you still haven’t managed to get an invite, there are both official and unofficial ways to jump the queue.

Dom Esposito was impressed with the phone, considering it a worthy upgrade over the original, Stephen Hall less so, pointing to the lack of quick-charge and NFC. Our poll suggests that the Moto X Pure Edition holds the bigger draw. Some may also be holding out for a further OnePlus model later in the year.