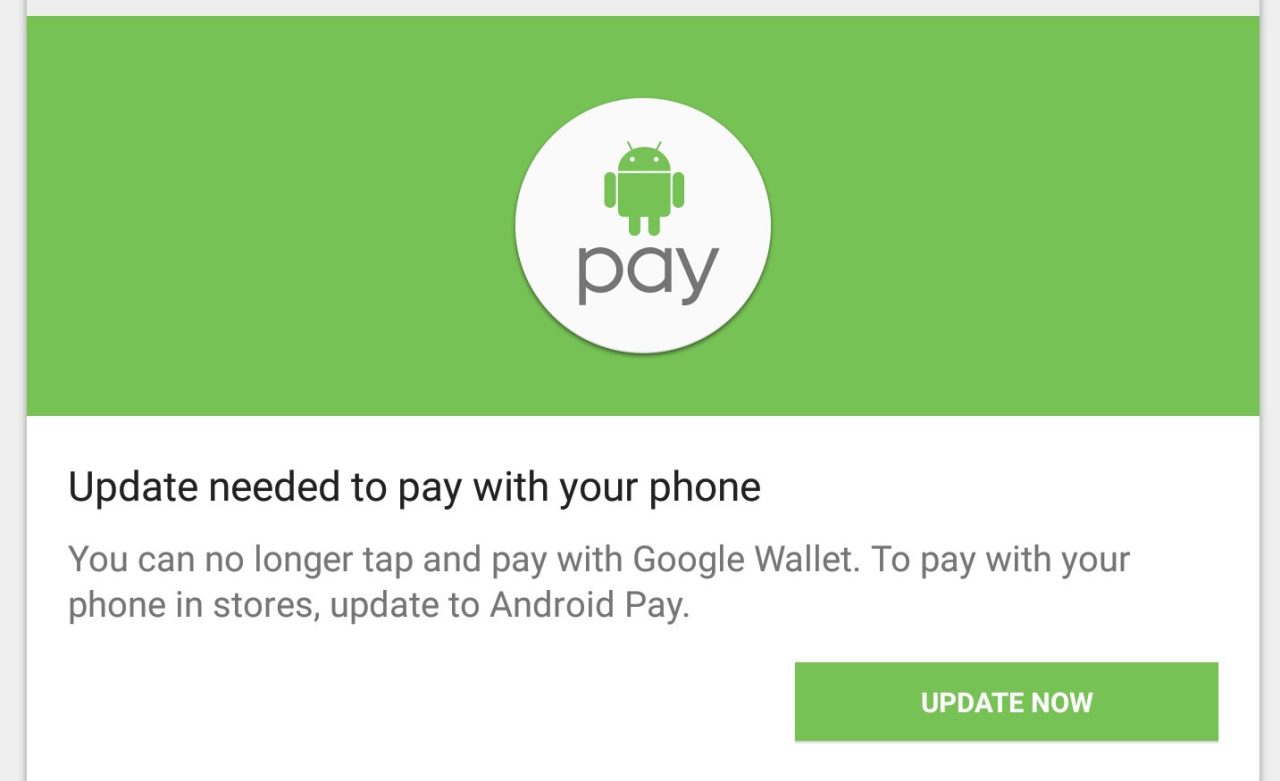 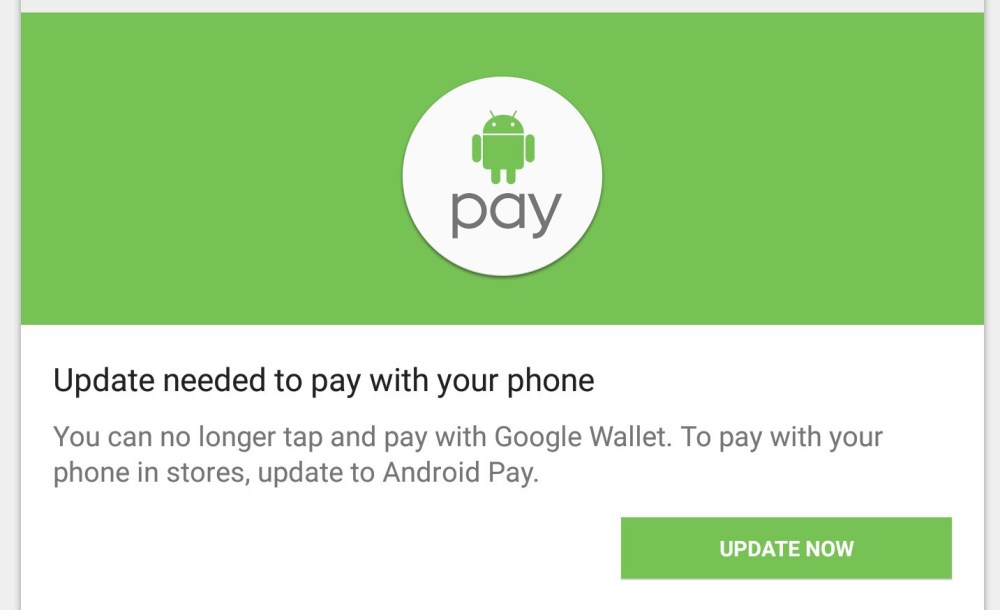 If you’re an Android Pay holdout, you might have found this morning that tap and pay has stopped working with the old Google Wallet app. Google has been warning users since Android Pay first became available three weeks ago that they need to update to the new app to keep using tap and pay, and now the Mountain View company is requiring it…

This is unfortunate for users who prefer to keep their device rooted for a variety of reasons. While rooted devices worked fine with tap and pay through Google Wallet, Android Pay — touting its high levels of security and all — doesn’t play along very well. The new Google Wallet app doesn’t offer tap and pay functionality at all.

If you’re seeing this message and need to update to Android Pay, head over to the Play Store. And if you’re looking for the new Google Wallet (which is available through a completely new listing), you can find that over at Google Play as well.