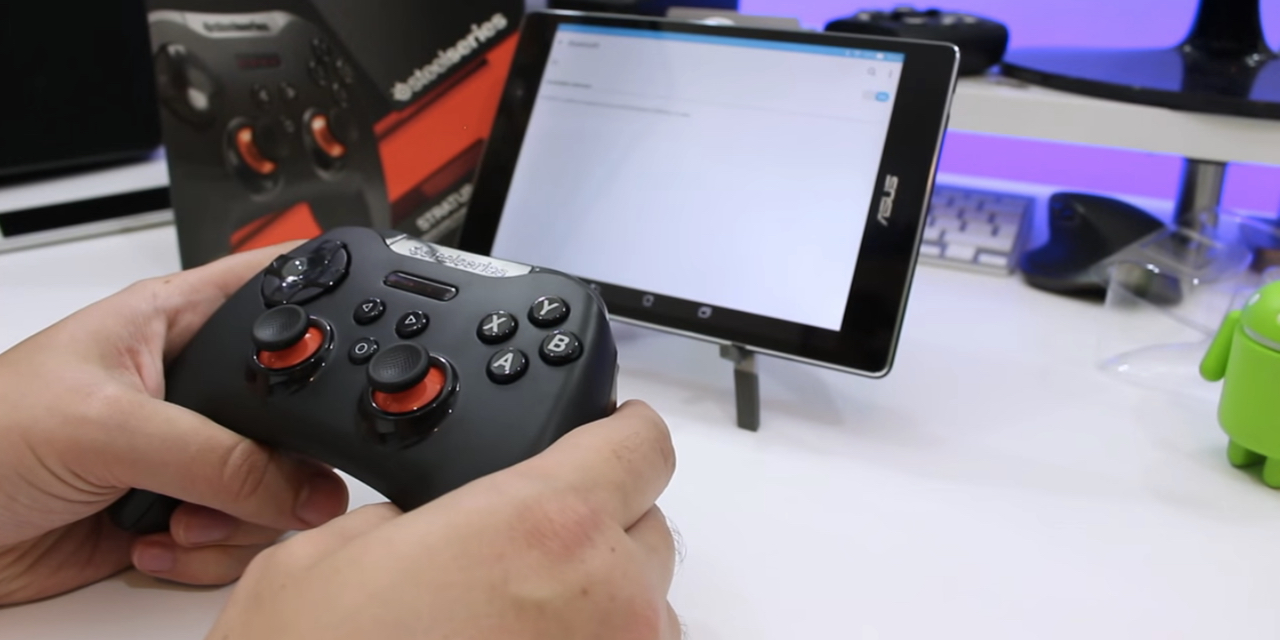 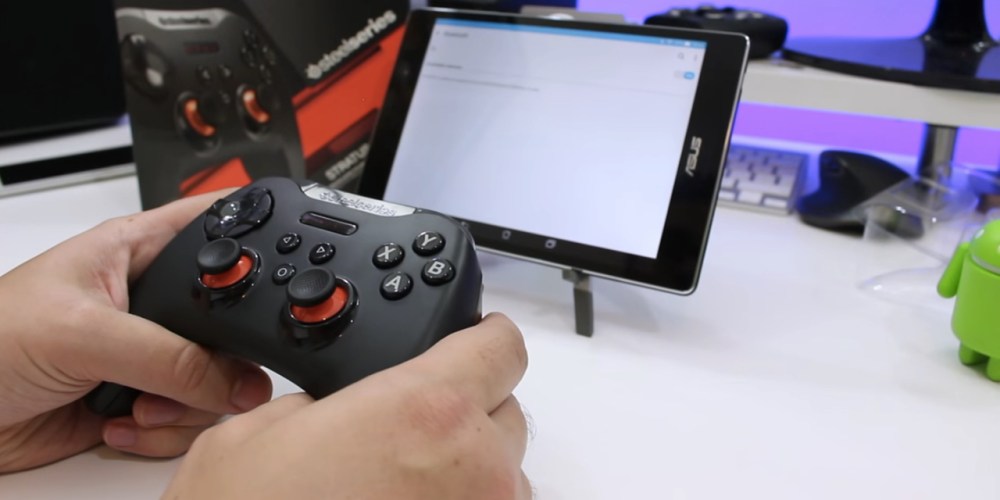 Mobile gaming has come on leaps and bounds as technology advances. And while touch screen games can still be good, you still can’t beat the feel of a full-size gamepad for proper gaming experience. For Android, that means the Stratus XL. It’s the latest mobile controller by SteelSeries and offers everything a gamepad should.

Unboxing the Stratus XL is a pretty standard affair. The glossy printed sleeve is taped to the box which opens up width-ways to reveal the controller and a pair of bog-standard AA batteries which SteelSeries claims will get you 40 hours use. SteelSeries was kind enough to include a quick start guide printed in what looks like every known language under the sun, and a pair of stickers.

As physical gamepads go, the Stratus XL is clearly inspired by console controllers and features all the usual controls. There’s a directional pad in the top left, a/b/x/y in the top right and two joysticks near the middle. There’s also a home button as well as back and forward buttons for controlling basic elements of the Android and Windows OSes. As you’d expect, there are also four secondary R and L keys. The entire device is made from a matte black plastic with two handles for an ergonomic grip.

Setting it up couldn’t be any easier. Simply place the batteries in their housing on the back, switch the gamepad on and search for it in the Bluetooth settings menu on your Android device. Pair it, and you’re ready to go. Games which are compatible with wireless controllers will automatically detect when you’re using one and adjust their control system accordingly, removing any virtual controls from the screen.

Since mobile wireless controllers have been around for some time, several big name games are already compatible with gamepads from numerous manufacturers. Among them are Real Racing 3, FIFA 15 and Modern Combat 5 which I tested the controller on after unboxing and setting it up.

All in all, it’s been a pretty pleasing experience so far. I’m constantly frustrated by how fiddly and unintuitive console-style games are on mobile devices. Having a controller which feels like a bonafide console gamepad makes the experience of playing games on Android so much easier, and more familiar.

SteelSeries’ Stratus XL is available to order now from Amazon in the US for $69, with delivery expected by November 3rd. If you have a Windows PC, it’ll come in even more useful as it’s not just compatible with Android 3.1 and up, it also works with PCs running Windows 7 or later, and works with a ton of Steam titles. In short: If you want a full-size wireless gamepad that works with virtually all your non-Apple devices, the Stratus XL is an excellent option.