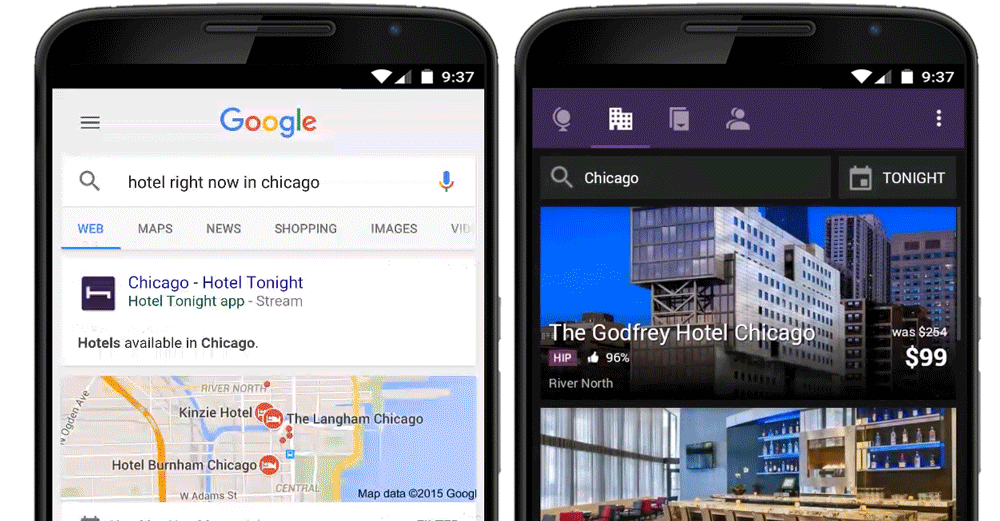 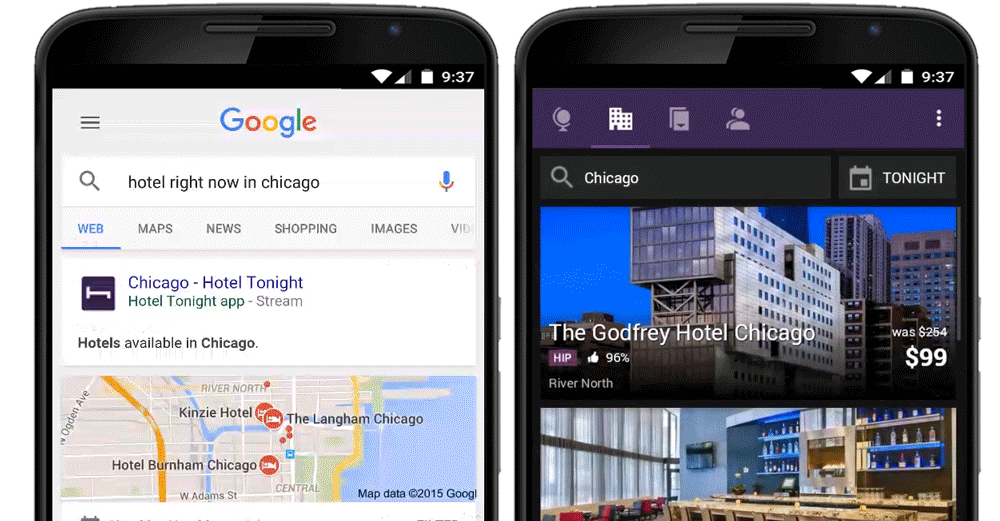 Google acquired app streaming startup Agawi earlier this year, and now it looks like the Mountain View company is putting their technology to good use. As of today, users will be able to stream certain apps straight from Google’s mobile search results. Google is also going to show “app-first” content (that without a web-based counterpart) in search results starting today as well…

“But up until now, Google has only been able to show information from apps that have matching web content,” Google says on its Inside Search blog. “Because we recognize that there’s a lot of great content that lives only in apps, starting today, we’ll be able to show some “app-first” content in Search as well.”

But, as mentioned, Google isn’t stopping at just showing app-first content. Rather, at least partly thanks to technologies inheretied from Agawi, the company is also introducing a new way to access that content within apps. Assuming you have “good Wifi,” one tap on a new “Stream” button next to the in-app search result will bring you right into a streamed version of an app. In the example Google provided, they’re showing off HotelTonight.

I haven’t noticed the feature showing up in search yet, but it looks like the streamed app in this demo is basically a functional replica of HotelTonight’s native app available on the Play Store. Google says that if you like the app, you’ll be given a single-tap option to install the native version to your device.

While it’s likely that this feature will eventually be ubiquitous, Google says that it’s only testing app streaming with a few select partners. For the time being, these include HotelTonight, Chimani, Daily Horoscope, and New York Subway.