Google Glass 2.0 could be a funky-looking flexible device with images viewable by both eyes (but probably not) 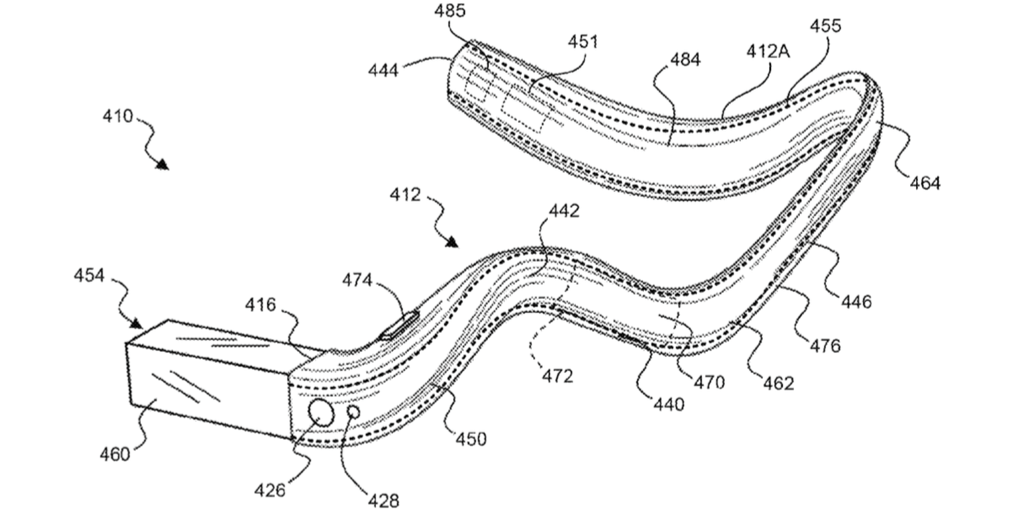 Google seems to be keeping its options open on what the next generation of Google Glass may look like. We’ve previously seen a larger prism reportedly destined for the Enterprise Edition, and last week heard that the company is working on two audio-based models without a screen via Project Aura.

A Google patent granted this week now shows two different approaches to a flexible version of the wearable (see below for the second one), worn over only one ear, and with the option of a display viewable by both eyes …

The description is of course written in patentese.

A single display could be used with a prism or other structure configured to extend over both eyes of the user for displaying an image viewable by both eyes.

A further option describes the possibility of single-eye units allowing the user to choose which eye they want to use.

As ever, patents reveal little of a company’s actual plans, especially for a huge company like Google. It can afford to patent every option it considers, in addition to patenting things it has no intention of doing simply to make life harder for competitors. Update: In this particular case, our sources say that neither of these designs is currently in development. 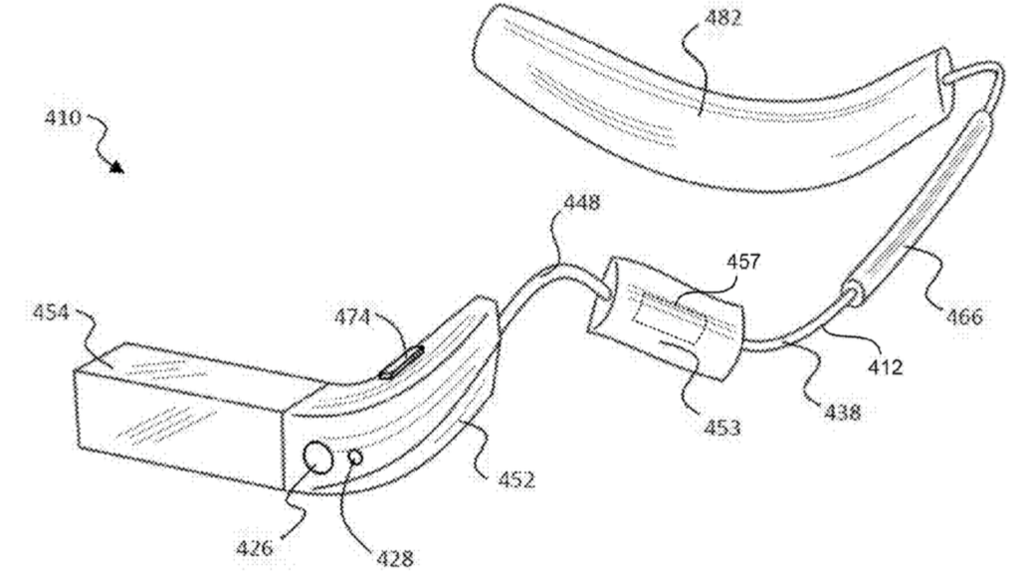