Samsung has announced officially — at long last — that its Android 6.0 Marshmallow update for the Galaxy S6 and S6 Edge is rolling out from today. This news follows weeks after the company made it available for some Galaxy Note 5 beta testers on AT&T and some UK beta testers with the S6/S6 Edge.  The rollout will begin in Korea from today, with other markets and carrier-locked models to come in the near future. Samsung also notes that the software update for other Galaxy models is “soon to follow”…

While we’ve already seen most of the interface changes coming in Samsung’s TouchWiz-tainted Marshmallow software update, there is a useful new feature being added to phones with a secondary ‘Edge’ screen. Sammy has improved the options available on the Edge display, making better use of the screen space and adding more functionality.

The Edge panel has been widened to allow for more content to be seen when checking stocks, sports scores and news, for example. There’s also a new, improved ‘People edge’ and ‘Apps edge’ which can show more of your favorite contacts and apps respectively. Alongside those, there’s a brand new addition called ‘Tasks edge’, which is essentially a digital toolkit including a ruler, compass and a quick-access torch toggle switch. 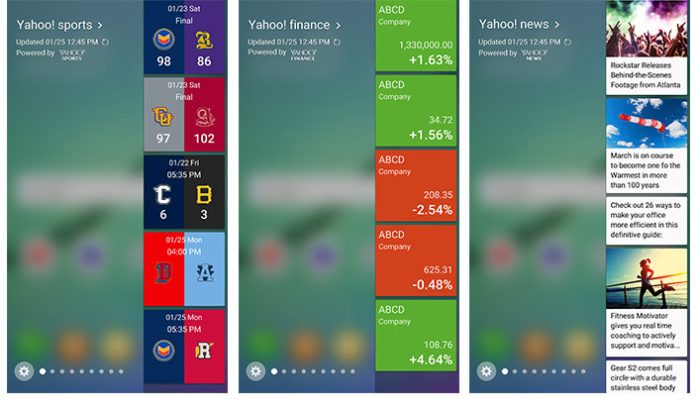 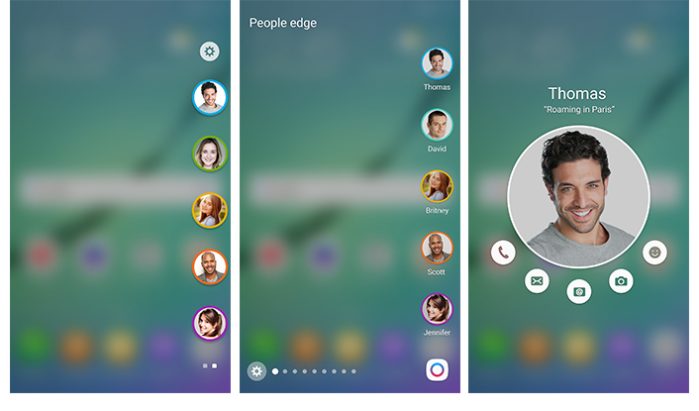 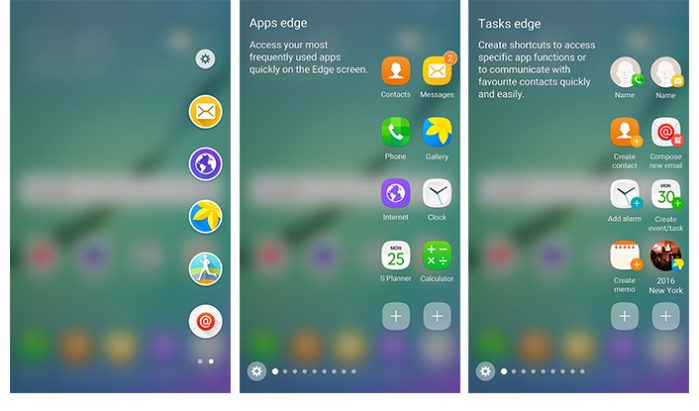 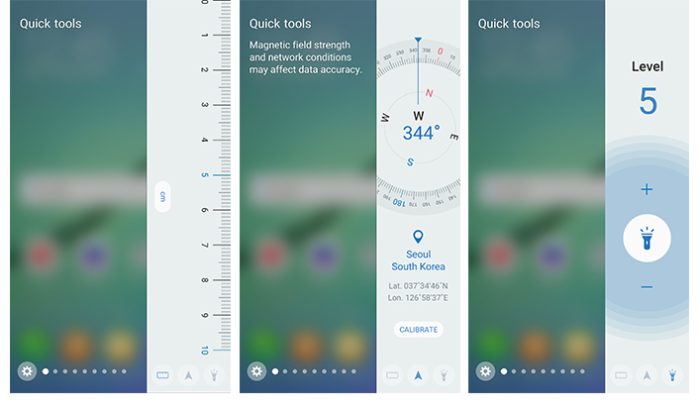 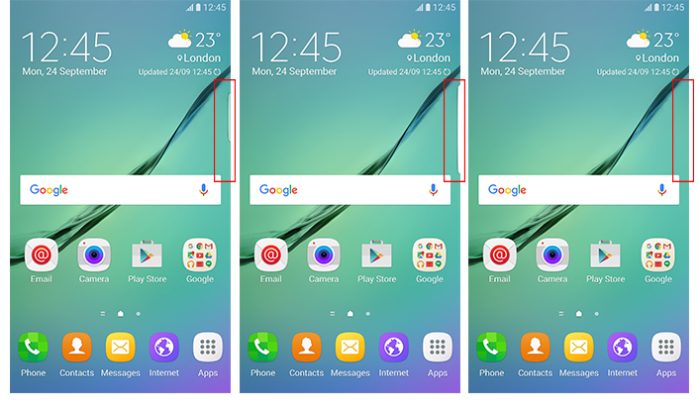 Samsung has also changed the design of its Edge handle (which opens the Edge panel), enabling users to customize its size, shape and opacity.

Users can now access all these panels more easily by customizing the Edge handle—the fixed tab that opens the edge panel. All users need to do is simply adjust the place, size and transparency of the Handle in the Settings menu according to their preference. The Handle will not interfere with any apps in use, so users are free to work or play without the edge panel getting in the way.

Sadly, Samsung doesn’t give any exact timeframe for when the update is going to be released for US-side devices, but does say that further updates will be posted to their social channels as and when a specific market or carrier model is receiving the newest version of Android.

With Samsung due to announce its next generation S-series Galaxy phones at an event in Barcelona this weekend, the newest additions to the Edge-optimized software give us a clear indication of what we can expect from the larger Galaxy S7 Edge. Samsung’s next phones will undoubtedly be released running Android Marshmallow out of the box, and will surely come with this redesigned Edge panel.

The Galaxy S7 and S7 Edge will be announced on Sunday, February 21. Rumors have suggested that Samsung will open pre-orders for the device immediately, with a retail launch set to kick off on March 11th.