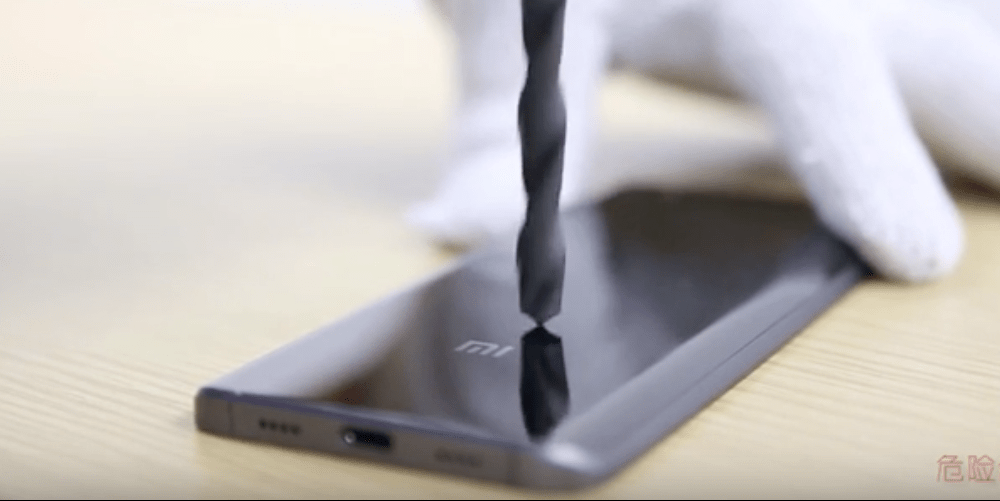 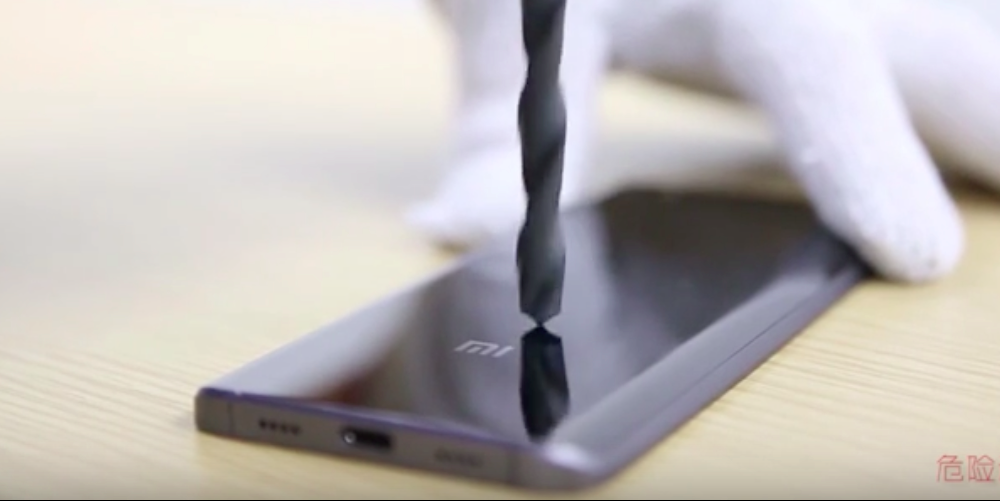 In a durability test which will send health and safety professionals in to overdrive, the ceramic-backed Xiaomi Mi 5 Pro is forced to endure scratching from a number of intense-looking hardware tools. In the video, the host, Alex Wang takes to the back surface of the latest Xiaomi flagship with a number of metallic objects. Some are more common day-to-day objects like keys, others would only come in to contact with your phone in a workshop.

Having watched the video a few times, I can’t help but feel more pressure could have been applied with all the tools used, otherwise there’s no real difference between testing these tools, and using dining cutlery. Obviously, there was the risk that by applying too much force, the drill would have caused irreparable damage, and put a hole straight through the phone. And the fact that it survived the drill with no mark is not to be scoffed at. Still, there’s no doubt, JerryRigEverything would have subjected it to a more scientific and much harsher test of durability.

Although the video comes across as staged, and that portrayals of effort are almost certainly exaggerated by the host, it’s still impressive that — despite friction from a number of metallic objects — the phone ends up without a single scratch on the back. Many devices on the market currently only need a few encounters with coins and keys in a pocket or bag to end up scratched.

Xiaomi launched the Mi 5 at an event in Barcelona last month, and the unveiling marked the first time the #1 Chinese manufacturer held a product launch at MWC. The device itself looks capable of competing with some of the best phones on the market too.

With a full HD 5.2-inch display, Snapdragon 820 processor, 3GB RAM, 3ooomAh battery and Quick-Charge support, the Galaxy lookalike is easily worth its starting price point of around $306 USD. The Pro model featured in the video has 4GB RAM, 128GB storage and the ceramic back, and costs around $413 USD.