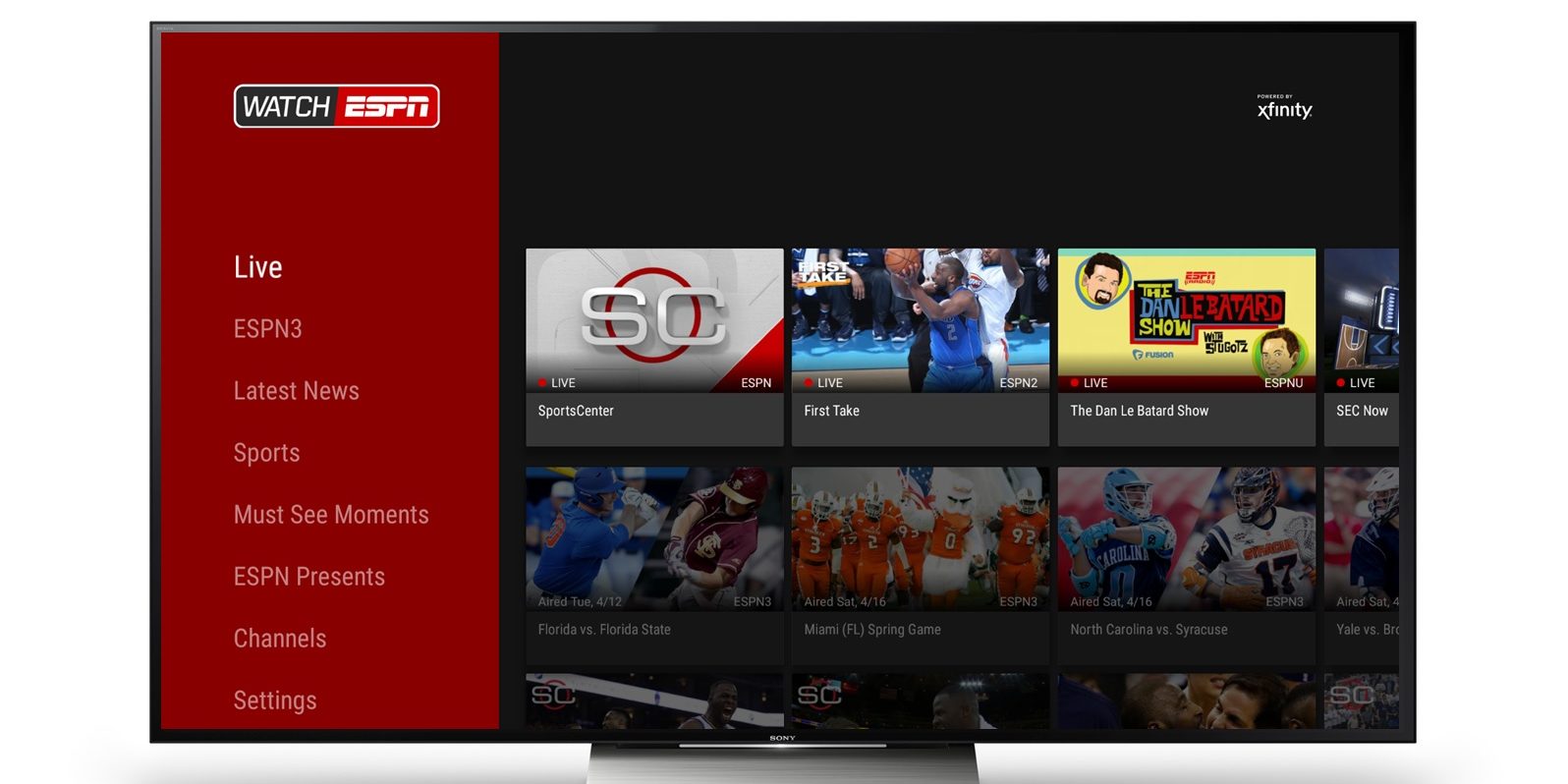 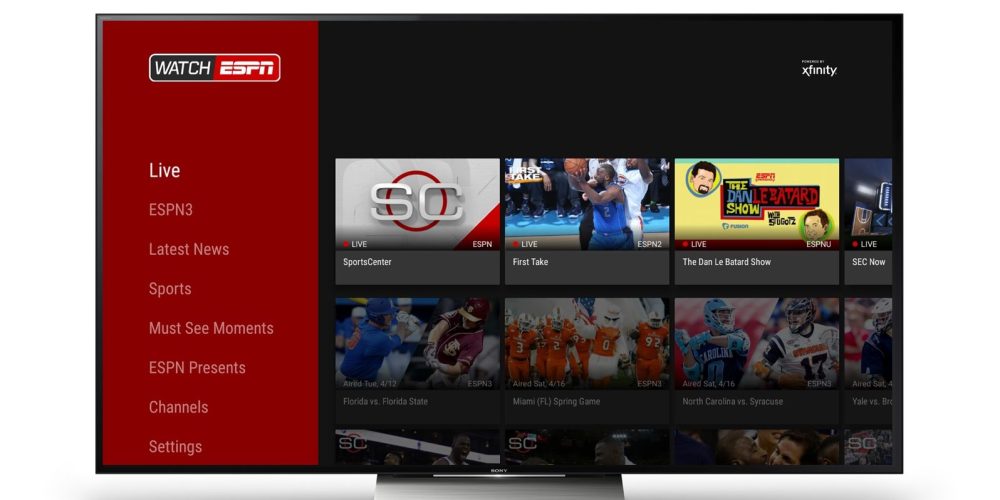 New televisions and boxes running Android TV have been released throughout the year and Android N will add new features like a picture-in-picture mode. Google I/O tomorrow might see more announcements including ‘new Nexus Players’, but until then ESPN is launching a new app that will allow subscribers to stream live sporting events.

ESPN looks similar to other Android TV apps with several rows of cards featuring live television, past games, and clips. Disney and ESPN worked closely with Google to bring over the complete suite of authenticated video streaming apps to Android TV. Additional apps from the Disney/ABC Television Group will be coming soon to Android TV.

At launch, Sony 4K HDR Ultra HD TVs, Sharp Aquos Android TV, Google Nexus Player, Nvidia Shield, and Razer Forge TV will be able to use the WatchESPN Access through the ESPN app. The recently announced Philips and RCA Android TV models will get access to the service at a later date.

The press release also mentions that the ESPN app will be included in “all new Nexus Players”. Whether that is referring to a new device — as rumored this morning — or means existing units will be preloaded with it is unknown.

The updated ESPN app is available for download from the Play Store.