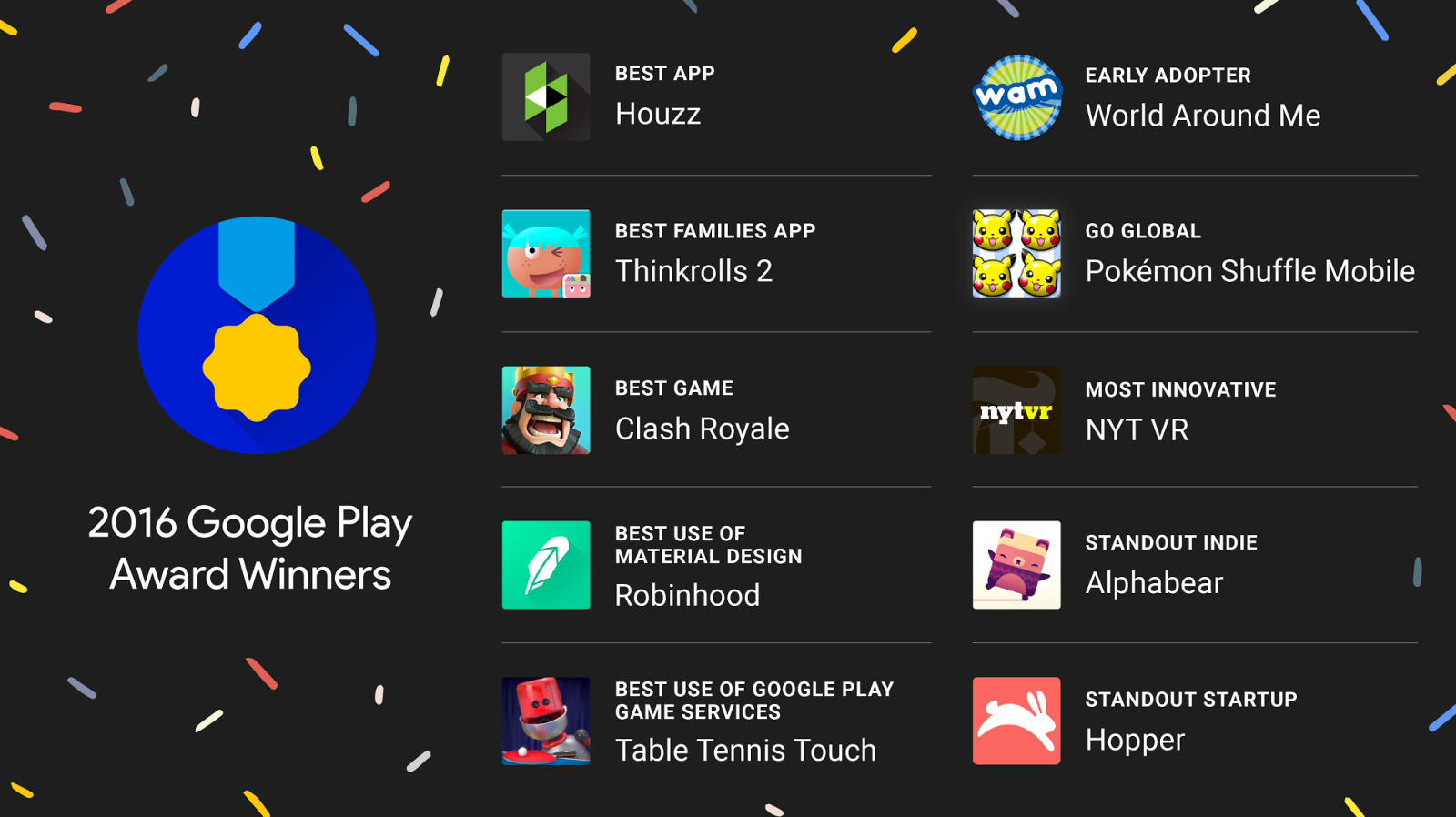 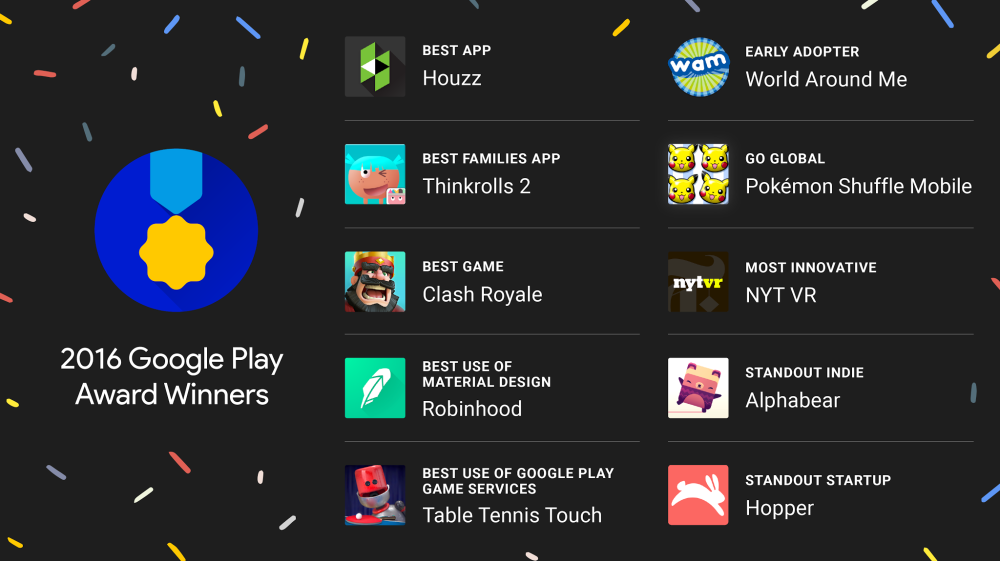 At an I/O session this evening, the inaugural winners of the Google Play Awards were announced. With 10 categories, winners were selected by the Google Play team based on launching or having a major update in the past 12 months, app quality, and innovation.

Half of the winners are games and the majority of them are free with in-app purchases. Clash Royale won the Best Game award and Thinkrolls 2 was voted the Best Families app. Other games include Alphabear in the Standout Indie category, Pokemon Shuffle Mobile in Go Global, and Table Tennis Touch for Best Use of Google Play Game Services.

The common theme of all the other winners was a great Material Design implementation. The Best Use of Material Design goes to Robinhood, while the Best App is Houzz. Virtual reality and Cardboard received a nod with NYT VR winning Most Innovative app. Other winners include World Around Me for the Early Adopter category and Hopper for Standout Startup.

See the full list of nominees to check out other excellent apps from the past year. At I/O 2015, Google hosted the Material Design Showcase with five award winners. As last year marked the one year anniversary of Material Design, it made sense to highlight apps that used the new design language.

With over a million apps having adopted Material Design, Google will likely switch to these more general Play Awards going into the future.

And speaking of @GooglePlay, we just announced the adoption of #materialdesign across more than 1M apps! 🔥 #io16