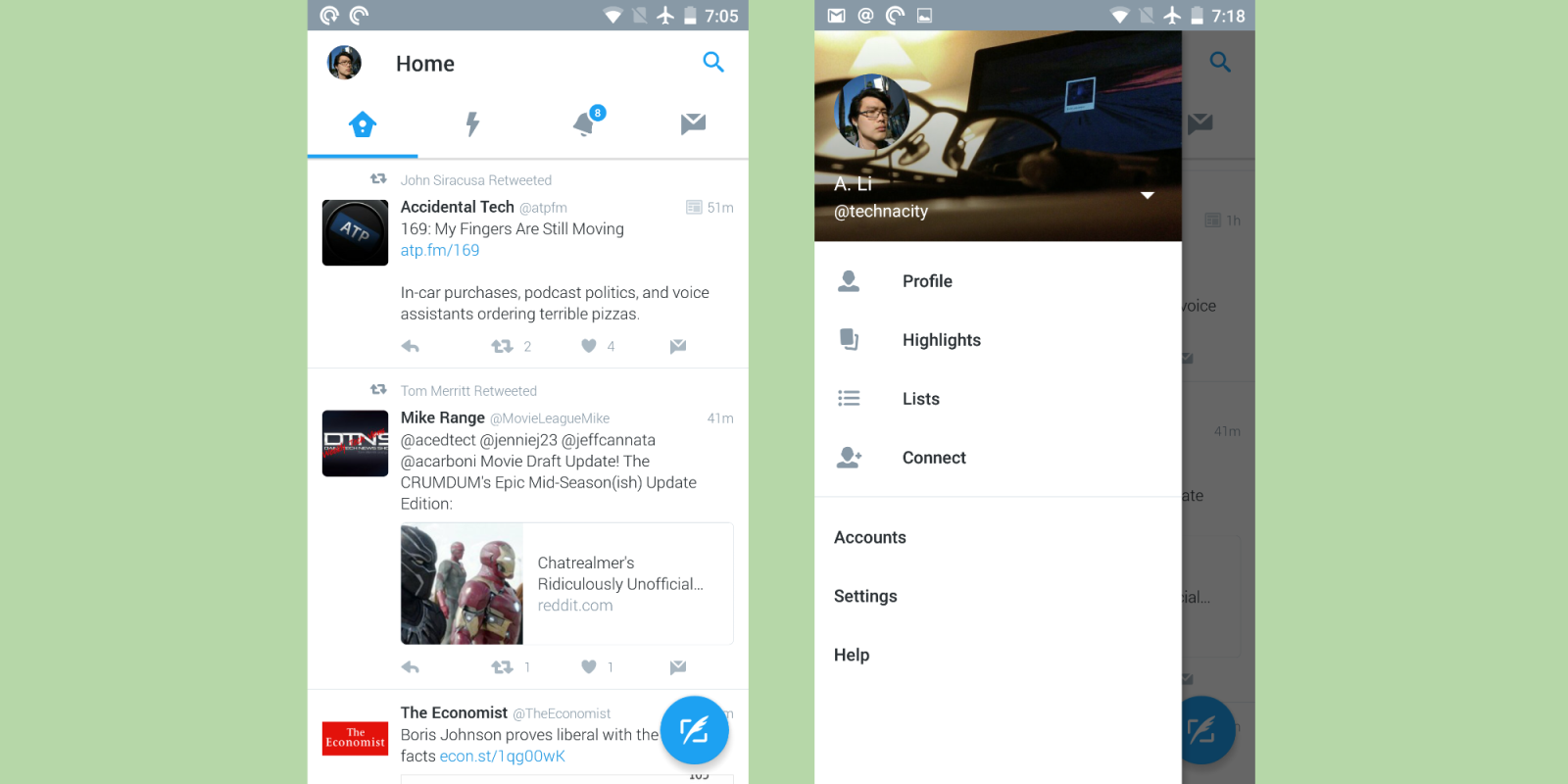 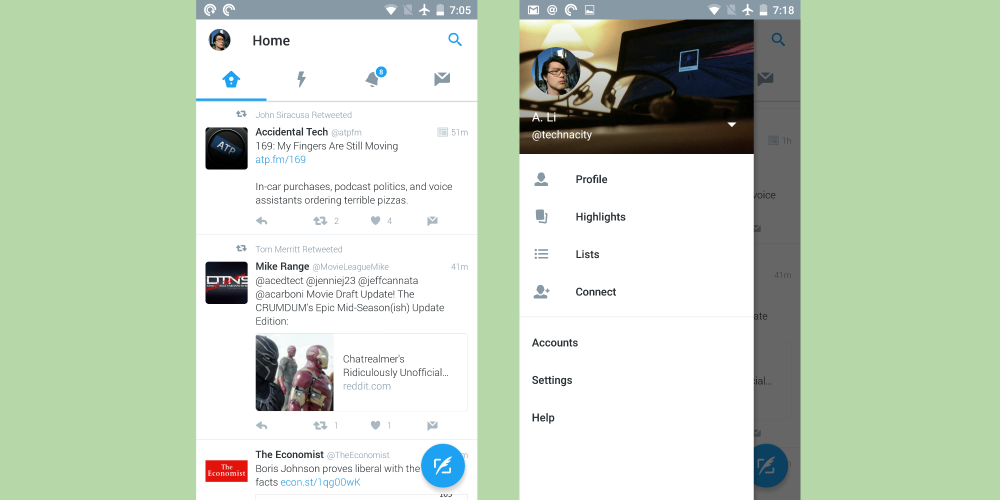 After A/B testing for the past few weeks, Twitter has officially announced the redesign of its Android app. Version 6.0 does not add any new functionality, but offers a much cleaner and better organized Twitter experience that more closely follows the Material Design guidelines.

Instead of a series of buttons filling up the app toolbar, there are now tabs for Timeline, Moments, Notifications, and Messages. Users can easily swipe between the tabs to navigate around the app. This version also marks the return of a floating action button for composing tweets, and the toolbar automatically hides when scrolling and leaves just the tabs and FAB visible.

Tapping the profile image located on the very left on the app toolbar will slide out a hamburger menu that allows users to switch accounts, view Highlights, Settings, and more. Users can also access the menu by sliding from the left edge. At the other end of the toolbar is a search icon. Most every other aspect of the Twitter app remains unchanged and there are seemingly no substantial new features in this update.

However, Twitter is testing an automatic night mode in the latest alpha that will likely make its way into the stable version in a few weeks. According to Twitter, the new version of the app is rolling out globally and should be available shortly to all users.