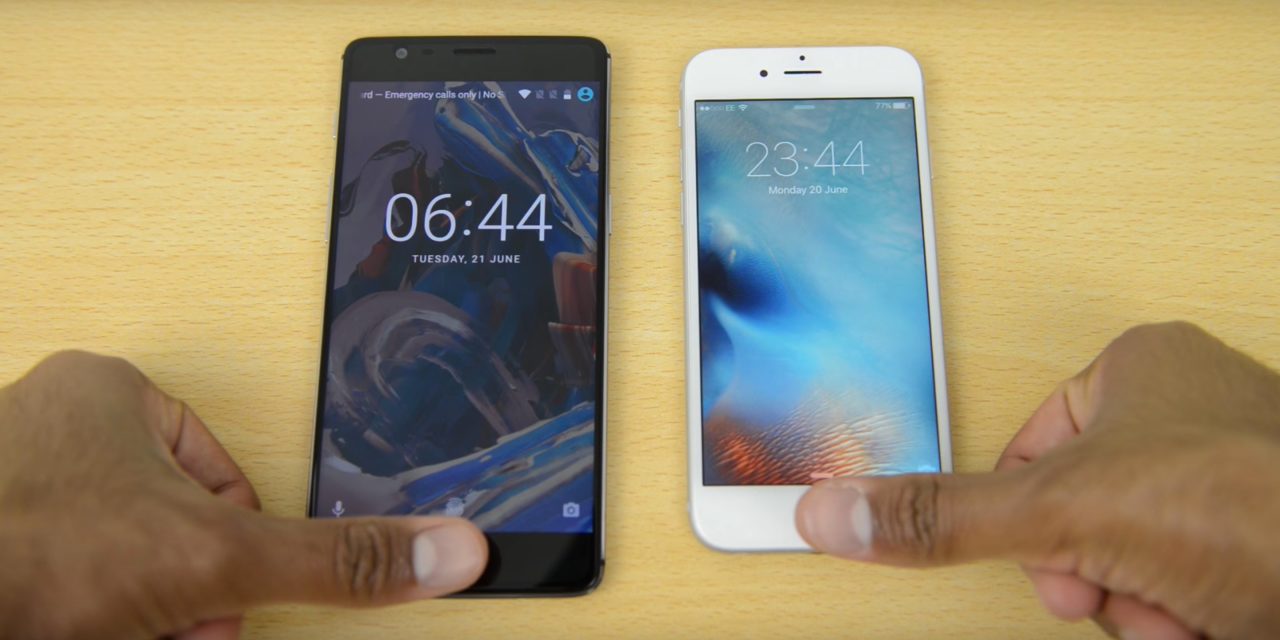 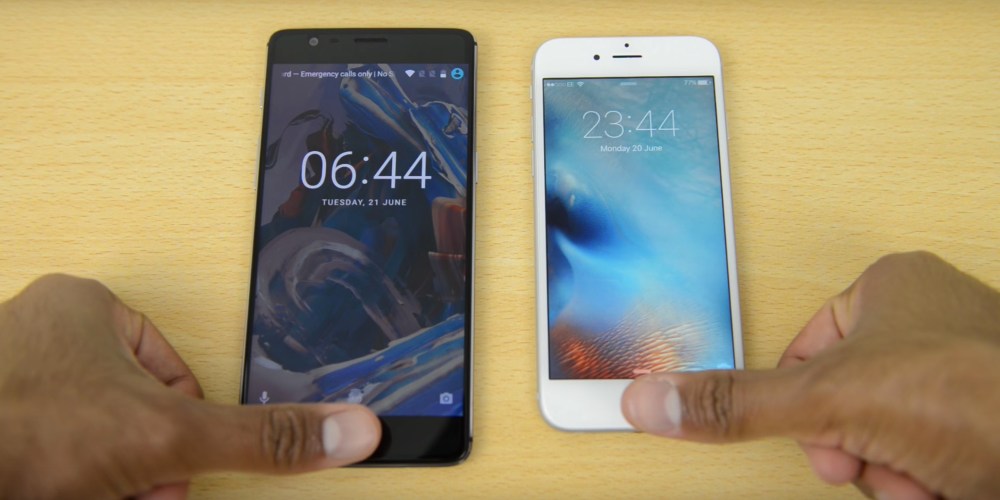 Ever since the introduction of a fast and reliable fingerprint scanner integrated into the familiar home button with the iPhone 5s back in 2013, Apple has steadily improved the technology, making it not only more useful with the addition of third party app support in iOS 8, but also marginally bettering its speed.

However, the competition has certainly not stood still, and apparently topping the iPhone 6s‘ performance in this department is the recently-launched OnePlus 3…

In a video published earlier today by British YouTuber Safwan Ahmedmia — better known for its channel’s name, SuperSaf TV — the OnePlus 3 proved to be faster than Apple’s top smartphone, winning against it a grand total of four times.

Because the OnePlus 3’s fingerprint sensor is hidden under a capacitive key — which albeit being slightly hollowed inside its cavity you can’t actually press it — the test has been done four separate times in fairness. In two of those tests the screen is turned off and two others have both phones ready on the lock screen.

Given the notoriously “slow” animations iOS has, Ahmedmia also took care of re-doing the speed test with the effects turned off, only to result in an additional loss for Cupertino’s flagship.

Granted — we’re obviously talking about minutiae here, and this is just a test to show how good both sensors are, really, rather than declare a 0.001-second winner (Apple, in fact, had to rethink iOS 10’s lock screen due to the amount of complaints received from iPhone 6s and 6s Plus owners, who weren’t about to see it at all given how fast the sensor was).

However, it goes to show OnePlus‘ commitment to making a phone that has little to fear from much higher-priced smartphones, while retaining essentially the highest-end specs possible (with a pretty sweet external package, too).

You can check out the video yourself below: