Report: Google is working on its own Android smartphone to go head to head with the iPhone

There have been several reports over the last year mentioning Google’s interest in building a smartphone. Although the company does have its own Nexus program to showcase the best the Android platform has to offer (and, at least as was true at first, provide some baseline devices for developers), it still needs to somewhat compromise on hardware here and there by much less directly impacting the engineering process.

However, it looks like this may not remain the case for much longer, with a new report — once again — suggesting that Google plans to launch something much more home-grown than in years previous…

Let’s back things up a little bit.

One of the undoubted reasons why the iPhone became the successful — and indeed good — machine it is now, is that the Cupertino company has always had tight and scrupulous control over both the device’s hardware and software, making it much easier for the company to optimize it to its fullest and also give developers less of the famous “fragmentation” issues they have long had to deal with on Android.

Google has certainly gone to tremendous lengths to make its own platform not just a solid alternative to iOS, but a phenomenal operating system in its own right (often better than its famous rival, we may argue); however, trying to find the handset which best displays the software’s capabilities has always been somewhat of a struggle.

From one side, this led to multiple great choices being offered every year, but on the other hand the compromises made by OEMs with their infamous “skins” (as well as carriers and their additional layer of bloatware) often pushed some users away, leading the hardest core of Android fans to go the Nexus route: phones running Android as Google intended, but whose many iterations always had something users ultimately complained about.

To be fair, Huawei‘s Nexus 6P proved to be a phenomenal smartphone, and the very best device on the market to some. I argued that myself, however the Galaxy S7 proved to me that Android (and Samsung‘s software team) had matured enough not to make me wish to go back to Google’s “vanilla” offering, and that whatever comes next should spring us forward and out of the now-over (in my opinion) “Smartphone 1.0” era. 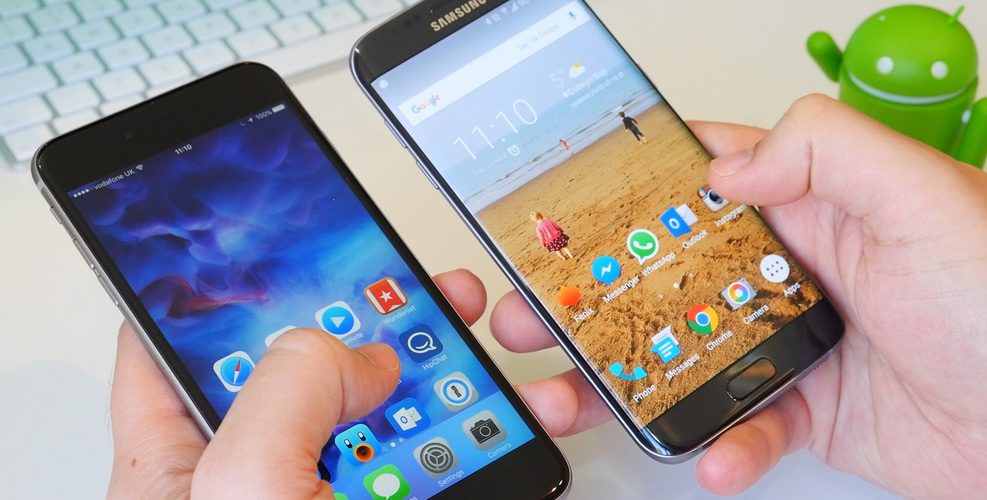 We know Google is attempting to do precisely this with its radically innovative modular phone, Ara, but this is allegedly not stopping discussion within Mountain View to release a more “canonical” high-end smartphone to go head to head with the likes of the aforementioned Galaxys and iPhones, thus targeting the high-end of the market (primarily Apple customers).

According to an anonymous tip we received earlier this year from an IP address located near Google’s campus, the company is “annoyed” at the iPhone’s perception of being the only “premium” offering on the market.

We had already heard that the idea was being talked inside the company, but despite CEO Sundar Pichai’s apparent shutdown of the rumor at Code Conference last month — where he emphasized that Google would be “more opinionated” about Nexus devices in the future, but still work with third party manufacturers — a Telegraph report today is suggests that we might see a full-Google smartphone, and possibly by the end of the year too.

“The technology giant is in discussions with mobile operators about releasing a Google-branded phone that will extend the company’s move into hardware,” sources familiar with the discussions told the British paper. “The new device, which will be released by the end of the year according to a senior source, will see Google take more control over design, manufacturing and software.”

Now, we know that at least two “Nexus” devices are coming — one of them, codenamed “Sailfish” and allegedly built by HTC, has already had its specs leaked — so it would seem weird for Google to add a third device to its portfolio, albeit not entirely improbable.

Sailfish certainly isn’t a high-end device by any means, and if the other phone were to stick to other criteria of classic Nexus devices (like a somewhat affordable price) it could make sense to offer a third, cutting-edge, premium smartphone that boasts things like a more interesting design or other possible hardware-related technologies yet to be revealed (think the iPhone’s 3D Touch, for instance).

Google has already made hardware devices under the Pixel brand, like the two Chromebook Pixels as well as last year’s Pixel C tablet, and this May’s I/O conference was the launch pad for Google’s foray into the home, with the namesake product looking forward to battling it with Amazon‘s Alexa — so that wouldn’t be unprecedented either.

There’s also the fact that now Rick Osterloh has joined the company to oversee precisely the new hardware business, which makes the argument all the more convincing — and we have heard that Google wants to design its own smartphone chips as well. Trying to make a puzzle out of all these pieces certainly makes it sound plausible. Another interesting tidbit is that we’ve heard the Mountain View company plans to ditch OEM branding on the next Nexus phones. Could the next Nexus phones actually themselves be the new Google-branded phone that Telegraph speaks of?

A new wave of hardware — be it Samsung’s crazy foldable and rollable devices, or indeed Google’s own Ara — is coming, so a device that simply brings high-end specs in a fancy package (like the Nexus 6P) wouldn’t make much sense this late in the game, but Google’s ambitions could be aimed higher. We certainly hope so.