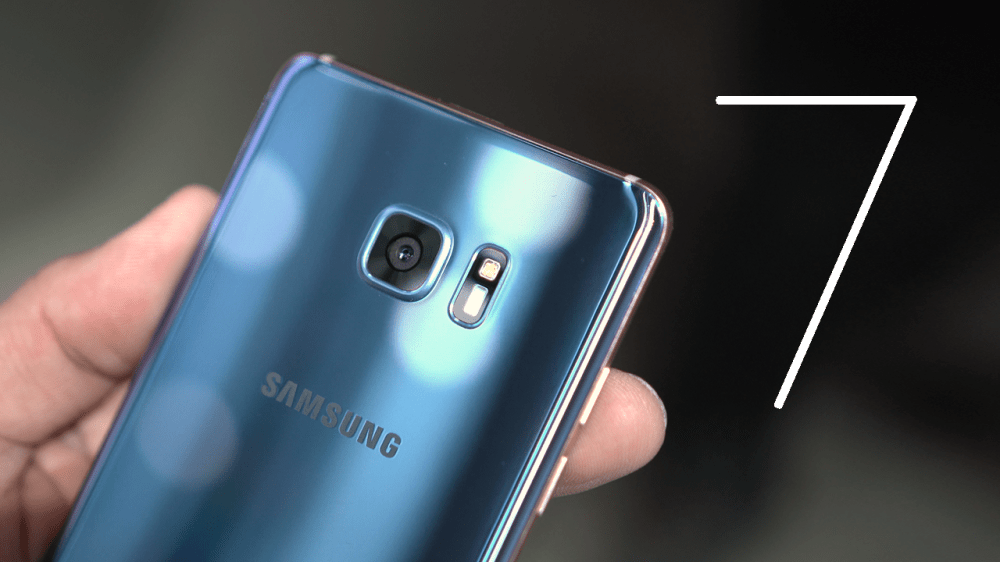 Here we have a phone that’s undergone several iterations since inception and we’re finally nearing something that’s just as well-rounded as it’s brothers from the Galaxy S lineup. Today, we’re taking a look at Samsung’s Galaxy Note 7…

First off, the design is nothing to get excited about. This is a Galaxy S7 Edge with a pen. If that excites you, congratulations. Though we finally have a water-resistant Note, which is a major win. But not only is the design rather bland, but the specs are basically what you’d expect. So here’s the deal; inside this is mostly a Galaxy S7 Edge. Snapdragon 820, 4GB of RAM, expandable storage up to 256GB, you know the drill.

The good news is that the battery has been upped a bit over the Note 5, ranking in at 3500 mAh. Unfortunately, there’s no upgraded display to utilize that extra power, but let’s hope it translates to better battery life. Speaking of the display, here we have a 5.7-inch QHD display, but this time it’s a bit curvy. With the Galaxy Note 5, we had curves on the backside and Samsung subtly moved it around to the front. There’s also the ability to watch HDR video now as well, which looks pretty great.

Above that display, there’s front facing camera, as well as an Iris scanner, which I personally think is a bit gimmicky, but it’s pretty easy to use. Though I’d still argue that the fingerprint scanner is better, but at least the Iris scanning process seemed reliable. Around the backside, we have the same camera setup as this year’s Galaxy lineup (S7, S7 Edge), so don’t expect any optical upgrades there.

Speaking of software, it’s rather clean and smooth, but that’s to be expected from a flagship these days. It’s running Marshmallow at launch, Samsung has tweaked the UI a bit and everything runs just fine upon first impressions. There are new S Pen features here as well like creating and saving GIFs, but really there’s not much more here than we’ve seen before, but I’ll dive deeper into software in the full review, so be sure you’re subscribed if you want to catch that video when it drops.

One last little tidbit here is that the Note 7 features a USB-C port on the bottom, which is surprising given that the rest of this year’s Samsung lineup omitted it, but thankfully they’re including a USB-C to micro USB adapter to help you keep some sanity in your life.

The Galaxy Note lineup seems like a test device these days. Let’s just plop stuff in a phone and see what works. That’s not necessarily a bad thing, but in my opinion It’s no longer the unique flagship it once was. Either way, Samsung has finally learned to not re-invent the wheel and stick to what works. Whether that translates to a worthy upgrade is a different story, but I’m glad they’ve learned to refine their craft. What do you think of the Galaxy Note 7?