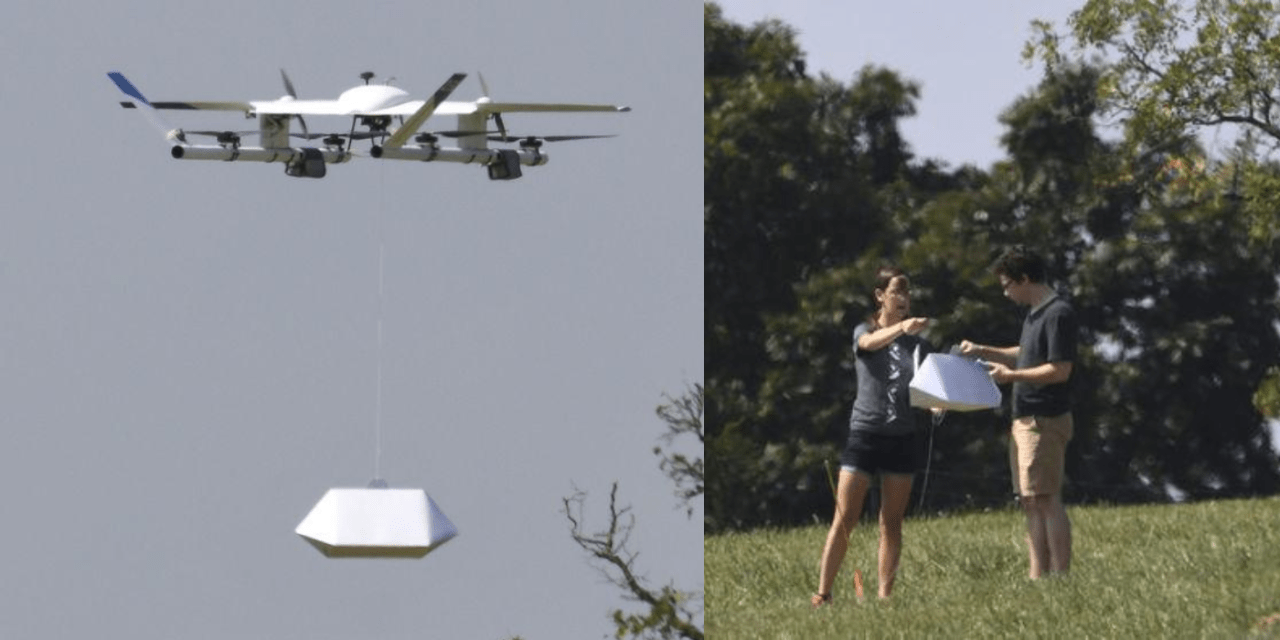 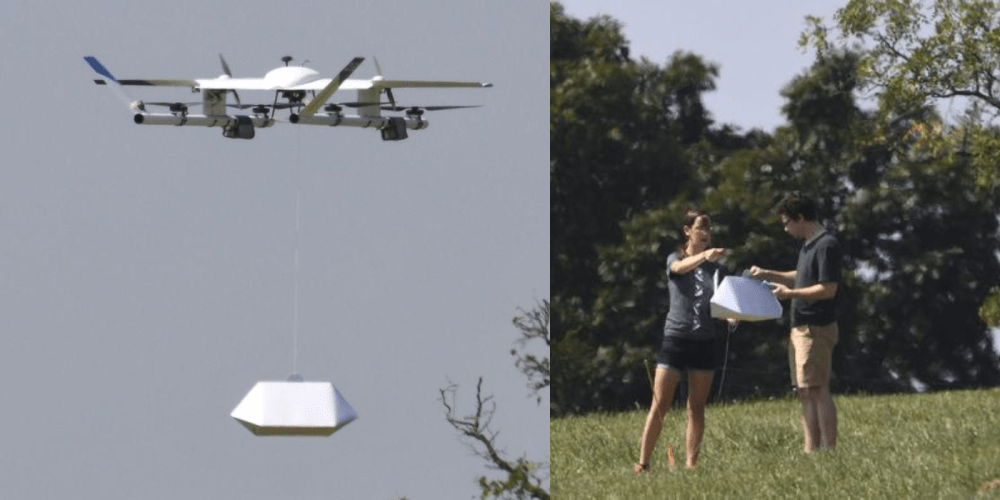 Announced last week, Alphabet and Chipotle’s drone delivery program is already underway at Virginia Tech. The local Roanoke Times was able to snap several images of the ongoing tests, with the whole process sounding quite underwhelming.

For a month, select university students will be able to get a meal delivered via a Project Wing drone. Virginia Tech was chosen by the Alphabet subsidiary as it’s an FCC-approved drone testing site. The process sounds more futuristic than it actually is, as evident with numerous caveats today.

Conducted in a field away from people and other structures, the drone only traveled a tenth of a mile to follow line-of-sight guidelines. The Roanoke Times was able to spot a food truck that supplied the actual orders near the experiments. Pilots are standing by during the tests, but Alphabet expects the drones to fly completely autonomously in the future.

The Project Wing drones descended to about 10 feet above ground and lowered a white package attached via string. The drone then flew away while an employee cut the string and handed the delivery to the intended recipient waiting behind a safety net. Throughout a 30 minute period, there were about 10 deliveries with two drones flying near each other at times.

The drones and delivery boxes matched models previously seen in promotional videos, but interestingly lacked any Alphabet branding. For a video of the process, head over to the Roanoke Times‘ website.