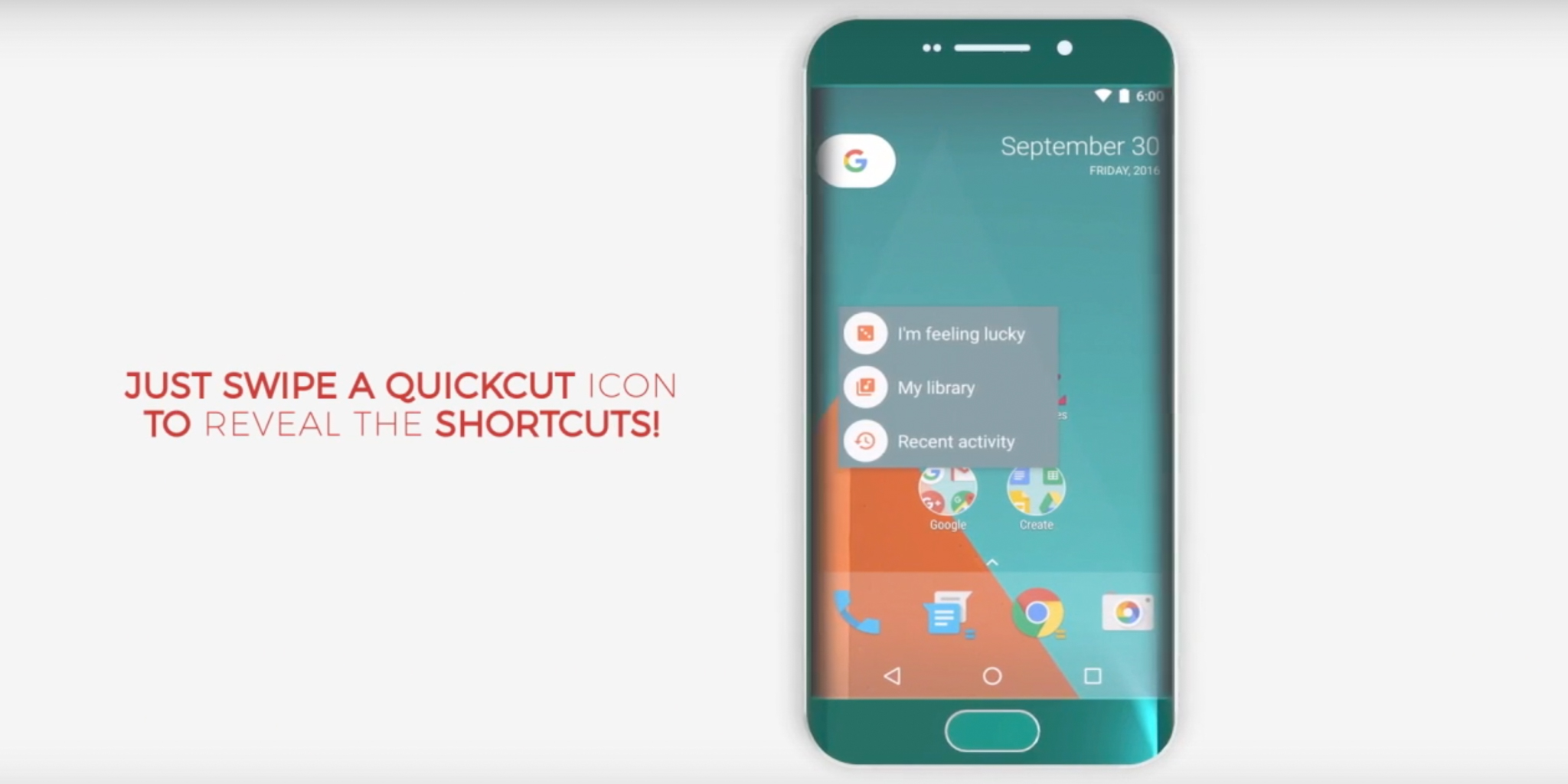 One of the worst-kept secrets about Google’s October 4 event is that the company will show off a new launcher called the Pixel Launcher. Leaks of the official APK have featured brand new functionality and launchers like Action Launcher 3 have started to implement similar features. Today, Action Launcher 3 is receiving another update with the ability to open application shortcuts with a quick swipe gesture…

Chris Lacy, the developer of Action Launcher and many other popular Android apps, has added this “Quickcuts” feature which allows users to quickly access shortcuts to different parts of applications. As seen in the video below, you can swipe over the Google Play Movies application and jump into the different sections of the app such as “My Movies” and “My Wishlist.” This feature is very similar to iOS 3D Touch and has been seen in the code for unreleased Android 7.1.

Android Central talked to Lacy about Action Launcher’s latest update and he told them that only some applications will feature the shortcut feature but that more will come after Google officially announced Android 7.1:

Currently this is limited to [a] selection of Google’s apps including Play Music, Play Movies and Photos, but more will come as 7.1 is announced. I’ve also hardcoded Quickcut definitions for a few key apps like Twitter (New Tweet/DMs) and YouTube (Watch Later/Subscriptions).

The update is rolling out now to Action Launcher 3 users through the Google Play Store.