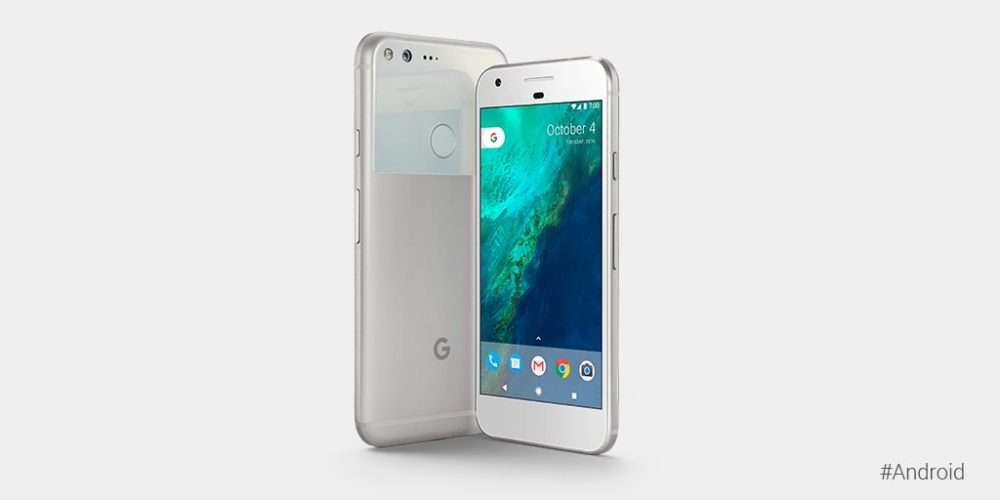 Google has today announced the Pixel and Pixel XL, its first purely self-branded smartphones and the company’s attempt to put all of the power of its services in one sleek package. While perhaps not remarkable by themselves, the phones are part of Google’s big push into consumer hardware today which also includes Google Home, Google WiFi, Daydream View, and more…

These are being manufactured by HTC (Google says that it’s not much different than how Apple contracts with Foxconn), but Google is claiming these phones as their own. And there are plenty of optimizations that Google is building in to take advantage of this Apple-like top-to-bottom approach.

Google has five main points for these phones: Google Assistant, Photography, Google Photos, Communications, and Virtual Reality. They have assistant built in, they have hardware optimizations for a great camera experience (they break the DXOMark record!), they back up your photos in full quality to Google Photos, they sport Google Allo and Duo messengers, and they are Daydream ready.

The Pixel has a 5-inch FHD AMOLED display, and the Pixel XL has a slightly larger 5.5-inch QHD AMOLED display, but other than that they’re mostly the same. You’ll find a quad-core 64-bit Snapdragon 821 SoC, 4GB of RAM, 12MP and 8MP cameras (with Sony’s IMX378 sensor, which is basically the 5X/6P’s sensor but with OIS), 32GB of storage, and the usual Bluetooth, fingerprint scanner, NFC, and more. The Pixel has a 2770 mAh battery, while the XL has a 3450mAh battery.

Unfortunately, we knew pretty everything about these phones before they were announced, mostly thanks to a Carphone Warehouse listing that leaked a couple of days ago with full specs, product shots, and product summaries. So check that out while we’re updating this post with official info.

The phones come in the three colors we heard about before: very silver, quite black, and — for a limited time — really blue. They’ll be available exclusively through Verizon in the US, but they’re also the latest phones to come to Project Fi if you want to go that route. As expected, they start at $649 and go up from there. You can pre-order them momentarily through Verizon. They’re also available on the Google Store, where Google is offering them for $27.04/month with Google Store Financing.