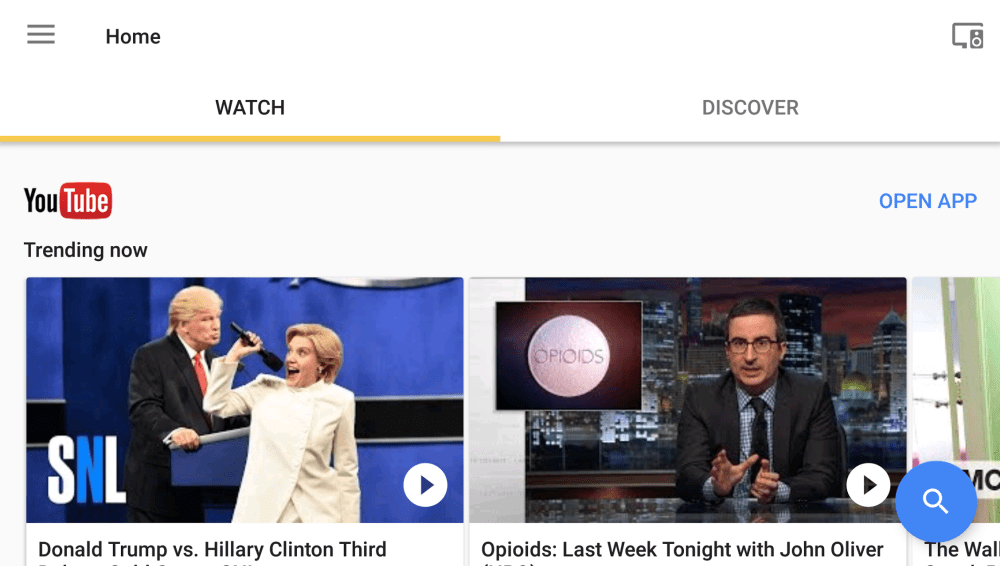 As expected, Google has today begun rolling out an update to its Google Cast app, appropriately renamed simply “Home”. The update includes a minor visual refresh and reorganization, and quietly adds the backbone for enabling Chromecast Ultra, the actual Google Home hardware, and support for controlling all of these Cast devices via Google Assistant…

If you don’t have a new Google Home or Chromecast Ultra, you won’t notice much new in this update. It’s still used for setting up and managing your Cast devices and finding Chromecast content. But the app does get rid of the search bar and the “devices” tab, and renames the section previously titled “What’s on” to “Watch”. There’s also a new app icon.

Previously under the devices tab, there’s now an icon in the top-right hand corner that pulls up a list of all your connected devices. And interestingly, if you have a Chromecast connected, enabling the “Backdrop settings” section now includes mention of “voice control,” assumably via Google Assistant. As far as we can tell, however, this feature hasn’t been enabled quite yet.

While the quick teardown we did on this app didn’t reveal any unsuspected changes, it did show us that the new app does indeed mention the Chromecast Ultra, the Google Home hardware, Google Assistant integration, and more. We’re still digging around, so we’ll let you know if we find anything else of note in the app.

This update is rolling out as we speak, and it might be available for you right now in the “Updates” section of “My apps & games” in the Play Store app. If not, you can likely get the app by deleting the Google Cast app from your phone and downloading it again. If that still doesn’t work, you can manually download and install it via APKMirror.