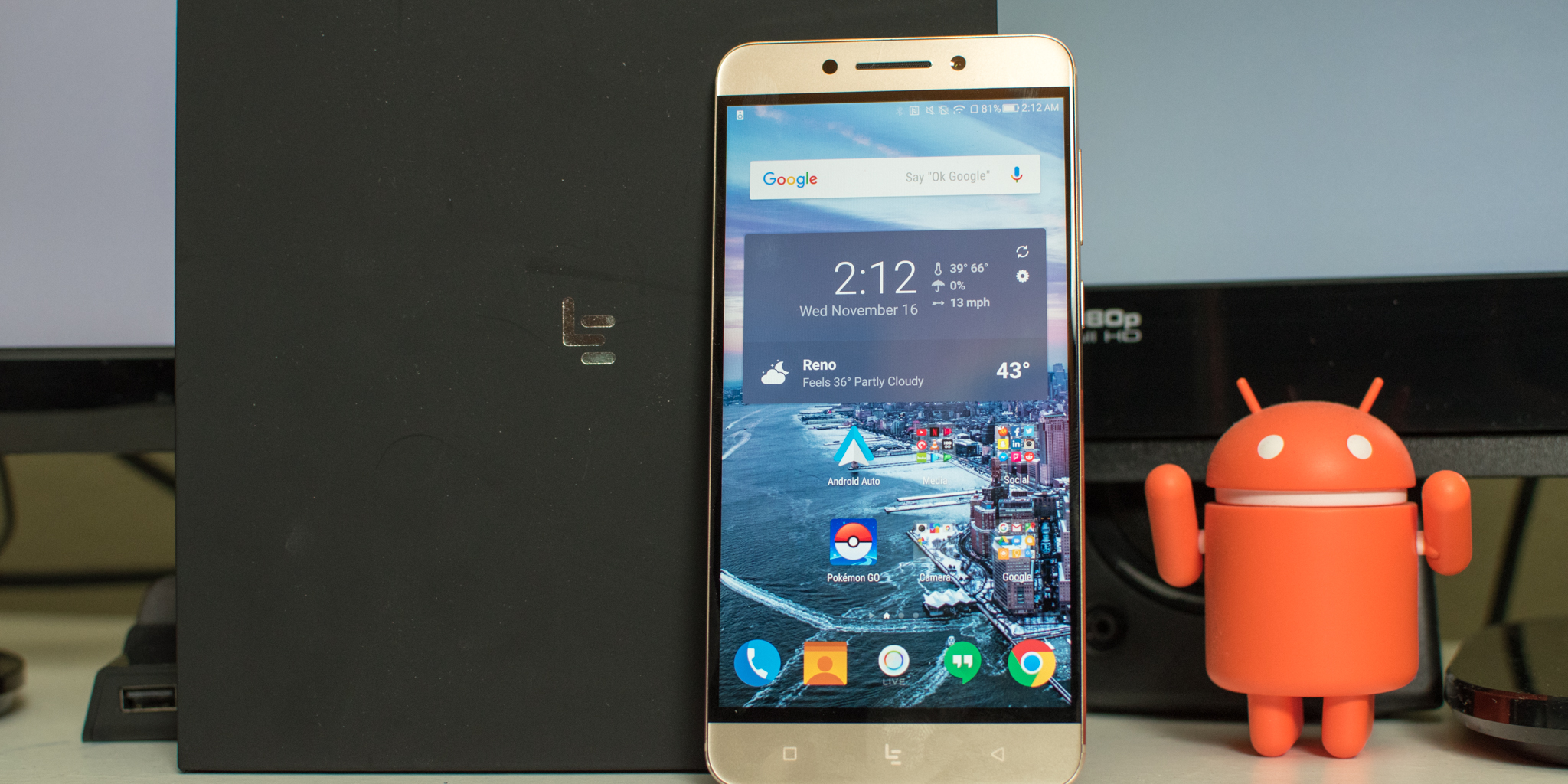 The LeEco Le Pro3 is built from aluminum and has a solid and rigid build. No matter how hard I tried flexing the device, it would not budge. The metal unibody is what gives the Pro3 its premium look and feel and it does so beautifully.

The only downside of the metal is that it can sometimes feel slightly “slimy.” It isn’t that the phone is wet, but it’s definitely slippery. You do receive a free clear TPU case but it is so cheap and rubbery that you would do better buying a $5 third-party case off of Amazon. 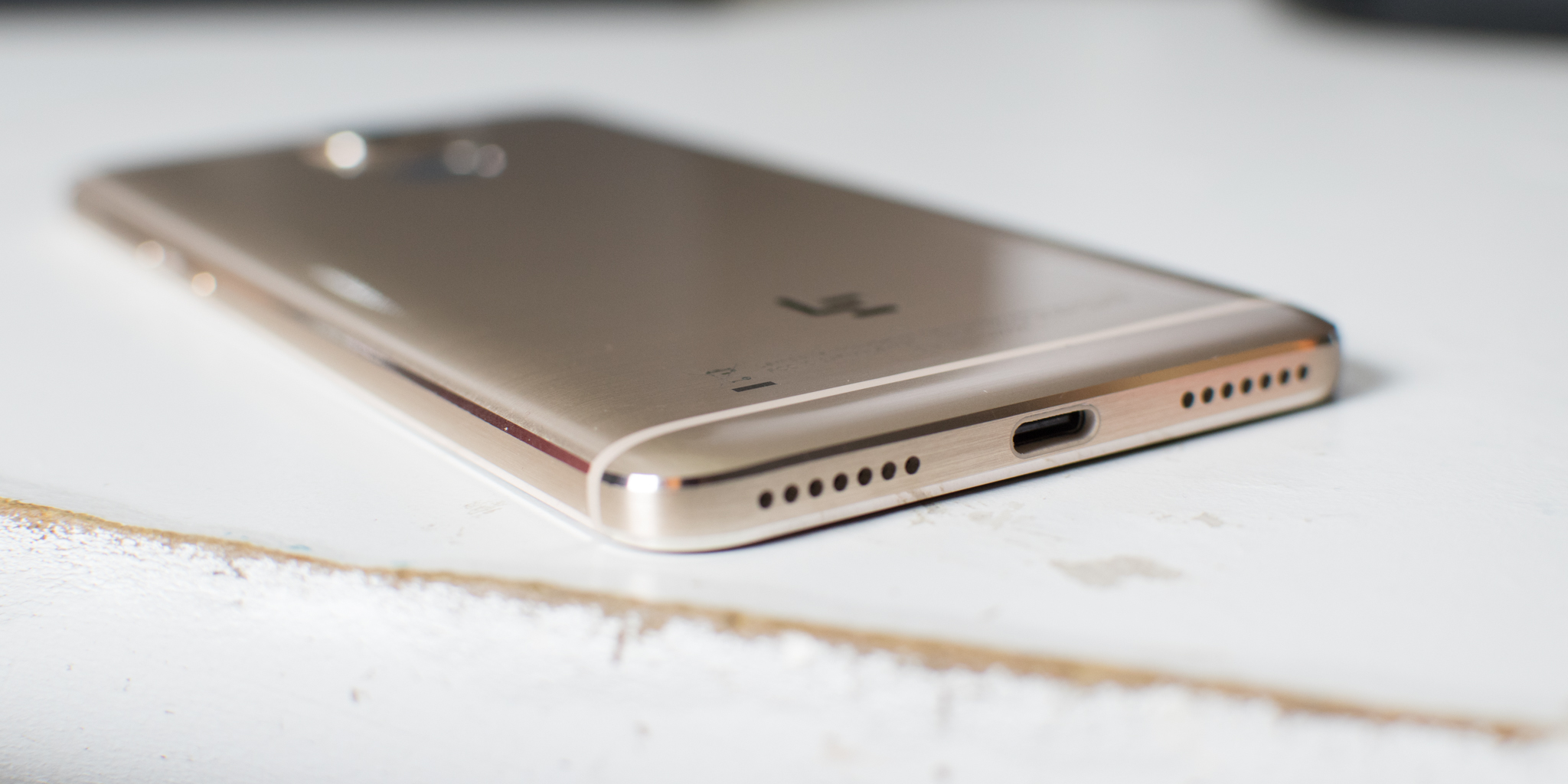 Looking around the phone, you’ll find the power button and volume rocker on the right side of the handset. On the top of the device there is an IR Blaster for you to control your TV, SIM card slot on the left, and at the bottom, you have a USB Type-C port and two grills which house one the Pro3’s speakers while the other is a microphone.

On the back of the device is the fingerprint scanner and your 16MP rear-facing camera. More on the cameras later. The fingerprint scanner is big, easy to find without looking for it, and accurately unlocks the Le Pro3 nine out of 10 times though it can be slow to respond when comparing it to other phones.

On the front of the device, you will find the 8MP selfie camera as well as three capacitive buttons. These three buttons are setup in a familiar order where the recent button is on the left, home is in the middle, and the back button is on the right. Also, the home button’s icon is the LeEco logo.

LeEco, like several other smartphone manufacturers, has decided to get rid of the headphone jack and instead includes a USB Type-C to 3.5mm headphone jack adapter in the box. Additionally, in case you didn’t want to use the dongle, the Pro3 does come with a pair of USB-C earbuds. 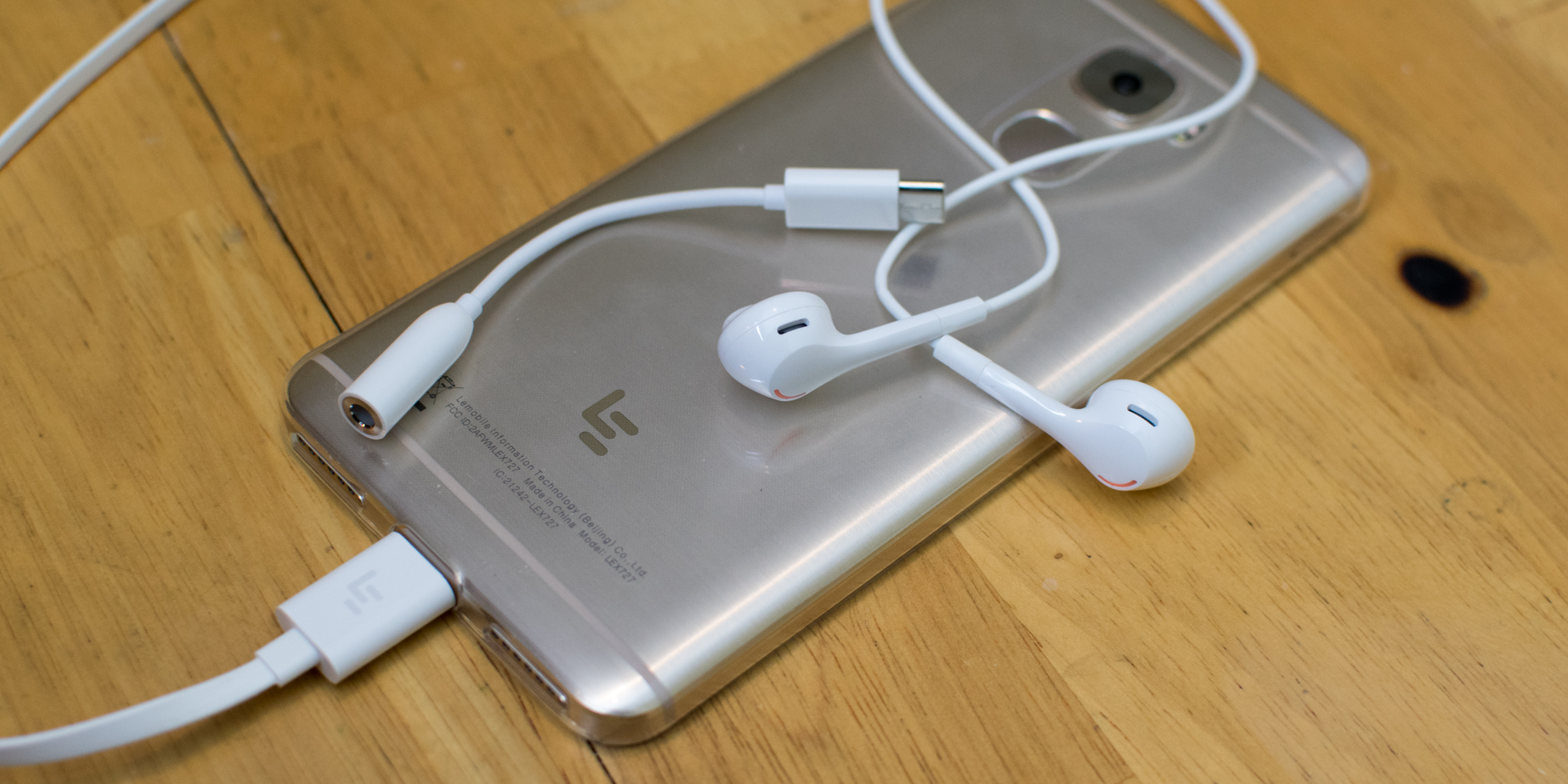 Something that isn’t touched on much by LeEco is the Pro3’s amazing speakers. While the phone isn’t packing surround sound capabilities, it does have dual speakers: one downward facing and the other coming from the earpiece. Together, these speakers are not only loud but also produce fantastic sounding audio.

The LeEco Le Pro3 has a 5.5-inch FHD (1080p) display. The image on the screen tends to be softer and not as crisp as those on devices such as the Samsung Galaxy S7, Google Pixel, or LG V20, but the colors are still vibrant. There is a little touch latency but it isn’t bad enough for most to notice.

Inside of the Le Pro3, you will find a Qualcomm Snapdragon 821, 4GB of RAM, and 64GB of storage with no microSD card slot for expandable storage.

Overall, this little package is stable and is capable of handling most challenges but it’s still just slow sometimes. This mainly has to do with the EUI launcher. Pulling down the notification shade or opening an application just take noticeably longer than it does on other devices.

The touch latency — especially compared to the snappiness of the Google Pixel — can also be a little annoying. But besides the animation speeds — which can be tweaked within the developer settings — the Pro3 didn’t lag or stutter much no matter how many applications I had open. 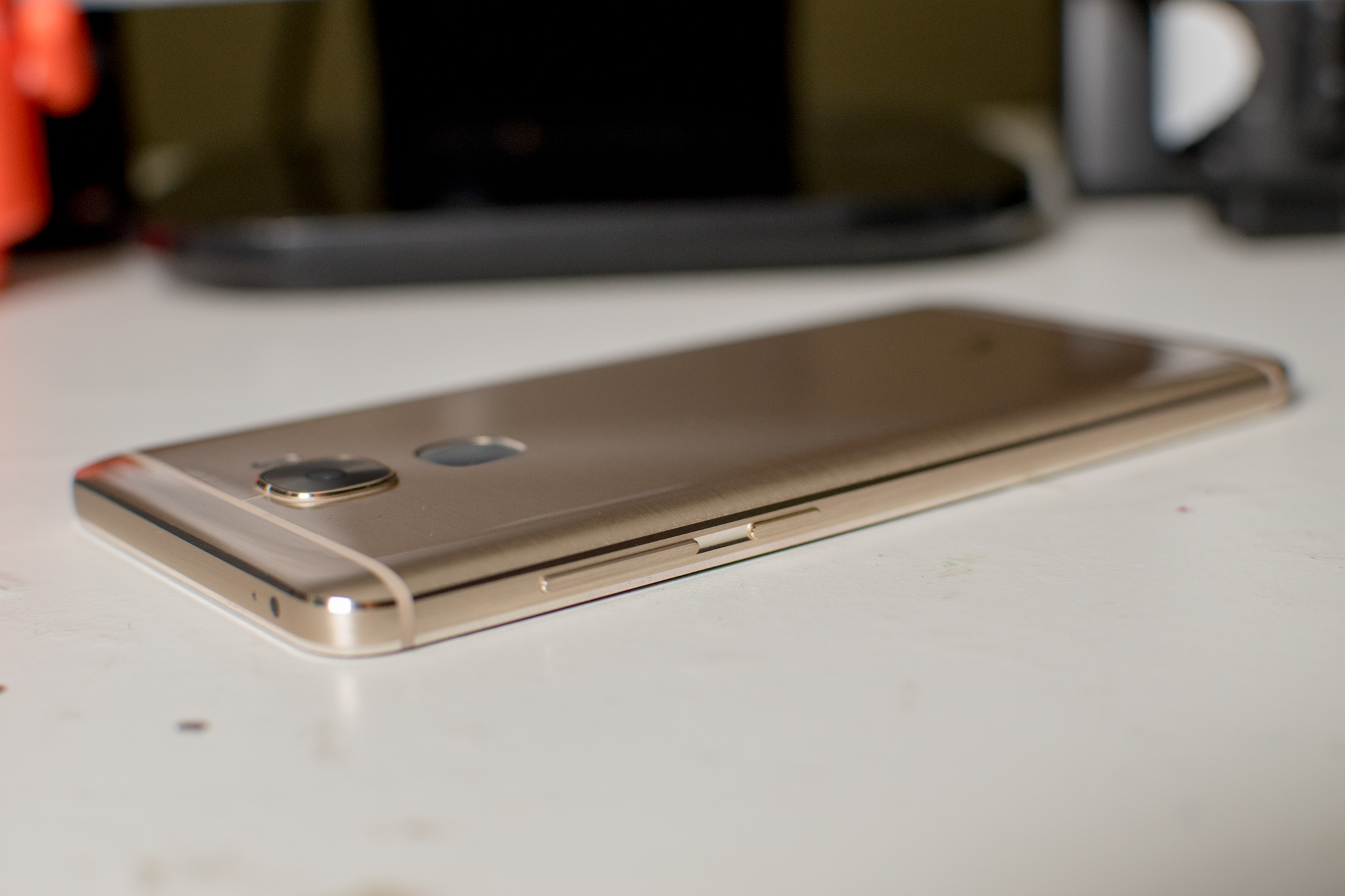 The LeEco Le Pro3 has a built-in 4,070 mAh battery which is much bigger than those in competing phones in this price and size range. As the phone only has a 1080p display instead of 2K, you would think that the battery life would be amazing. But it really still depends on your use.

Much like EMUI found on Huawei and Honor devices, EUI’s settings section is full of battery saving features. Some of which limit the amount of background functionality of applications while others kill applications completely. With these turned on, you will get amazing battery life, but you run the chance that you will not receive notifications. If you’re like me, you will turn off all of these settings which will mean less battery life than theoretically possible.

Even with the battery saving features turned off I was able to make it through a day, however. I would unplug the LeEco Le Pro3 in the morning around 8 AM and still have over 30% by the time went to bed around 11 PM with several hours of screen on time. 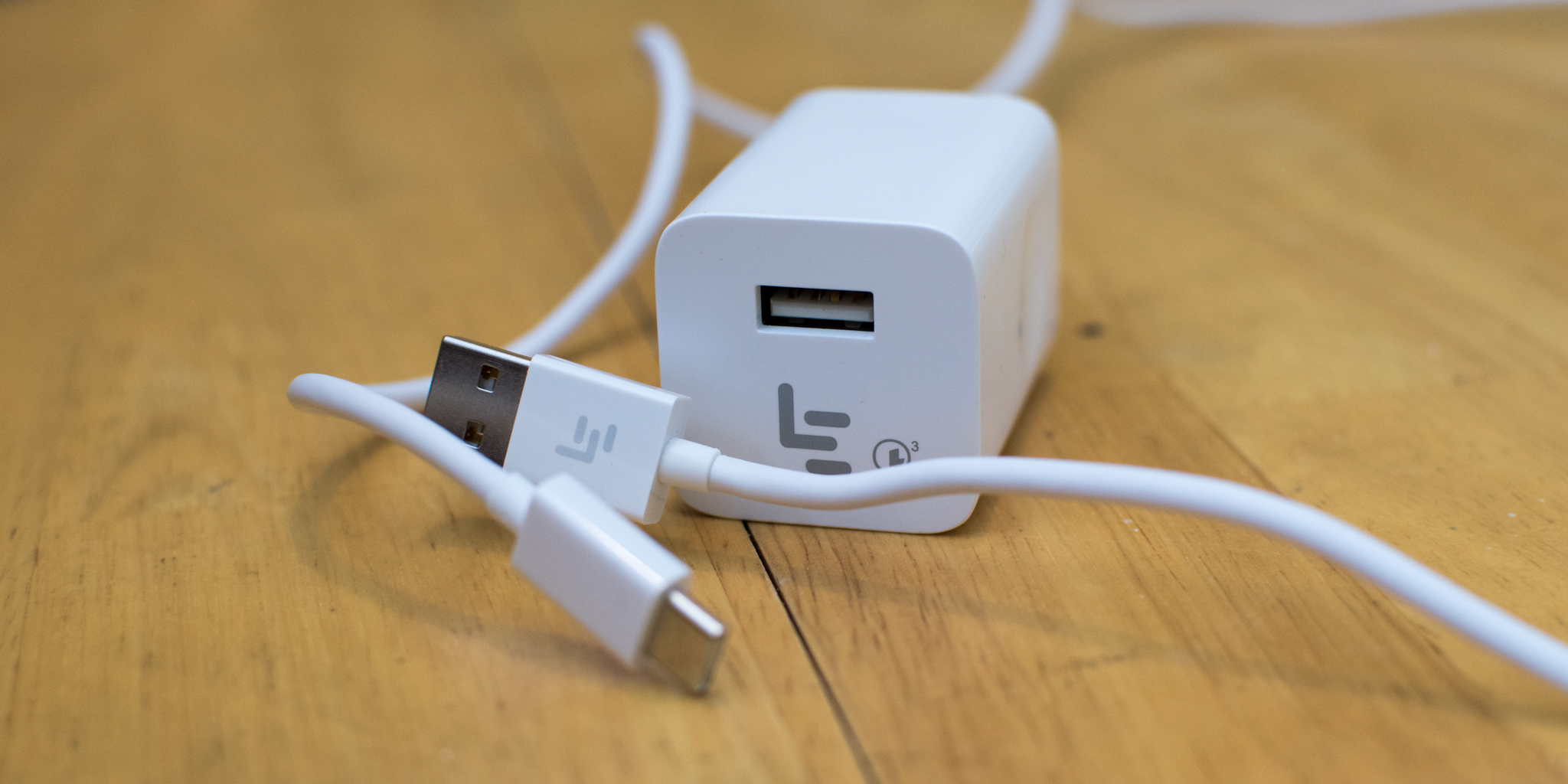 Thankfully, the LeEco Le Pro3 does support Qualcomm Quick Charge 3.0 which will rapidly charge the phone. The included wall outlet adaptor will offer the best charging experience but other official Quick Charge 3.0 accessories also function perfectly with the Pro3.

When LeEco announced the Le Pro3 they also introduced an entire ecosystem that they believe would tie together all of their devices. To integrate this here, the company introduced Ecosystem UI as the skinned version of Android to run on their handsets.

There are four main areas within the Pro3’s software that differentiate itself from other variants of Android found on other flagships. The first of these is the lack of an application drawer. Yes, this can be fixed by downloading and installing a third-party launcher. But out of the box, the phone doesn’t have a space that houses all of your apps. Instead, all of your application shortcuts live on your home screens. 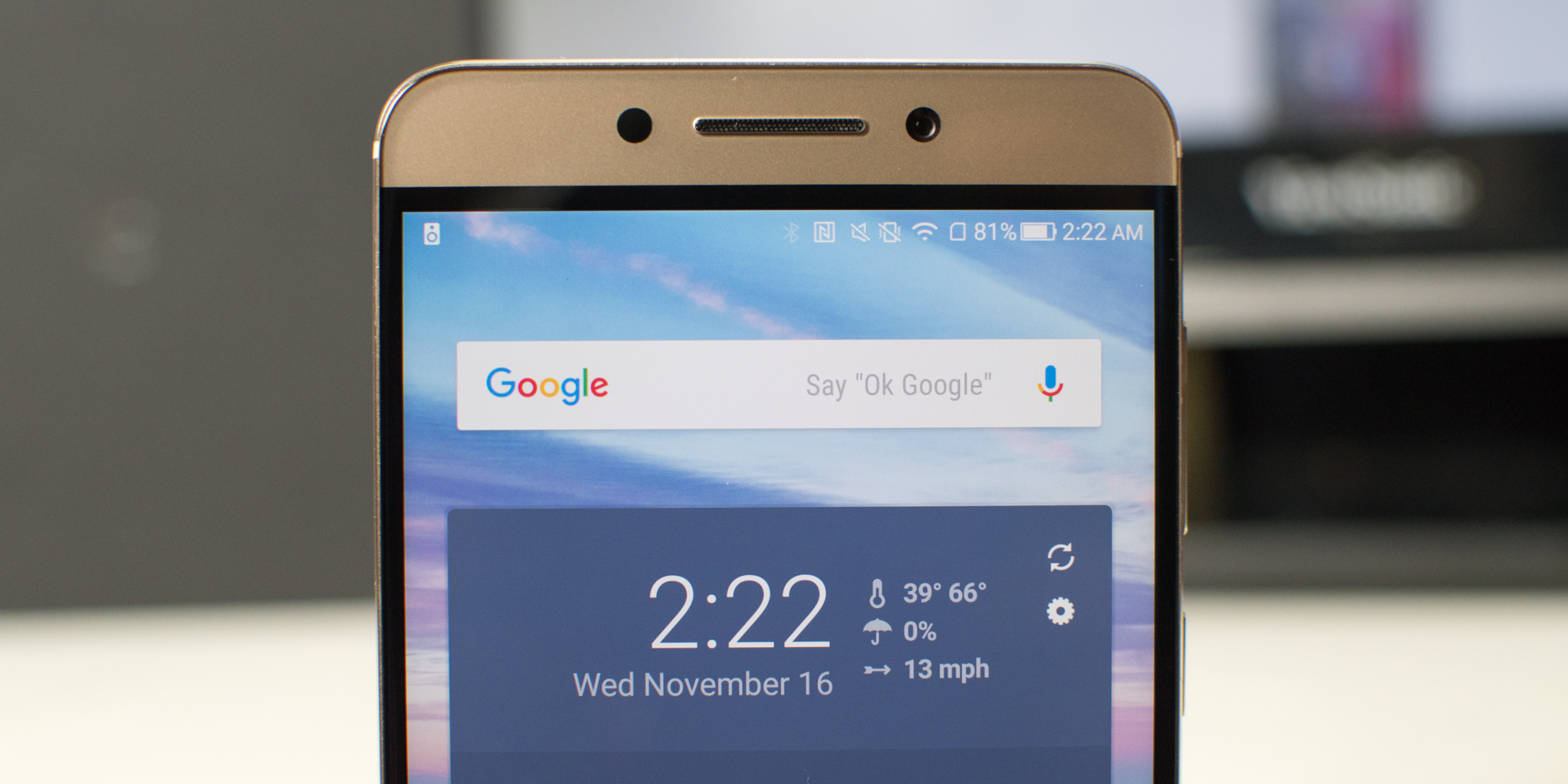 In place of the app drawer icon normally found at the bottom of the screen is a round shortcut that takes you to LeEco’s Live application. This Live service is one of the company’s main selling points as it is their free-to-use video streaming service. By default, the video starts playing immediately after you open LeEco Live — so try not to accidentally hit that button.

The third area is when you swipe to the left of the main home screen. On Nexus devices this would take you into Google Now but on the Le Pro3, it takes you into LeEco “LeView”. This is a new aggregate application that has a list of different types of news articles and viral videos. If you don’t want this here, you can remove it within the home screen settings.

The final oddity is the placement of the quick settings. Normally found somewhere within the notification shade, the ability to quickly turn on or off Wi-Fi or change the screen brightness is nowhere to be found. If you want to access these quick settings, you have to actually press on the recent / overview button. These plus some music controls will then be available to you above the area where you would switch between recently opened apps. 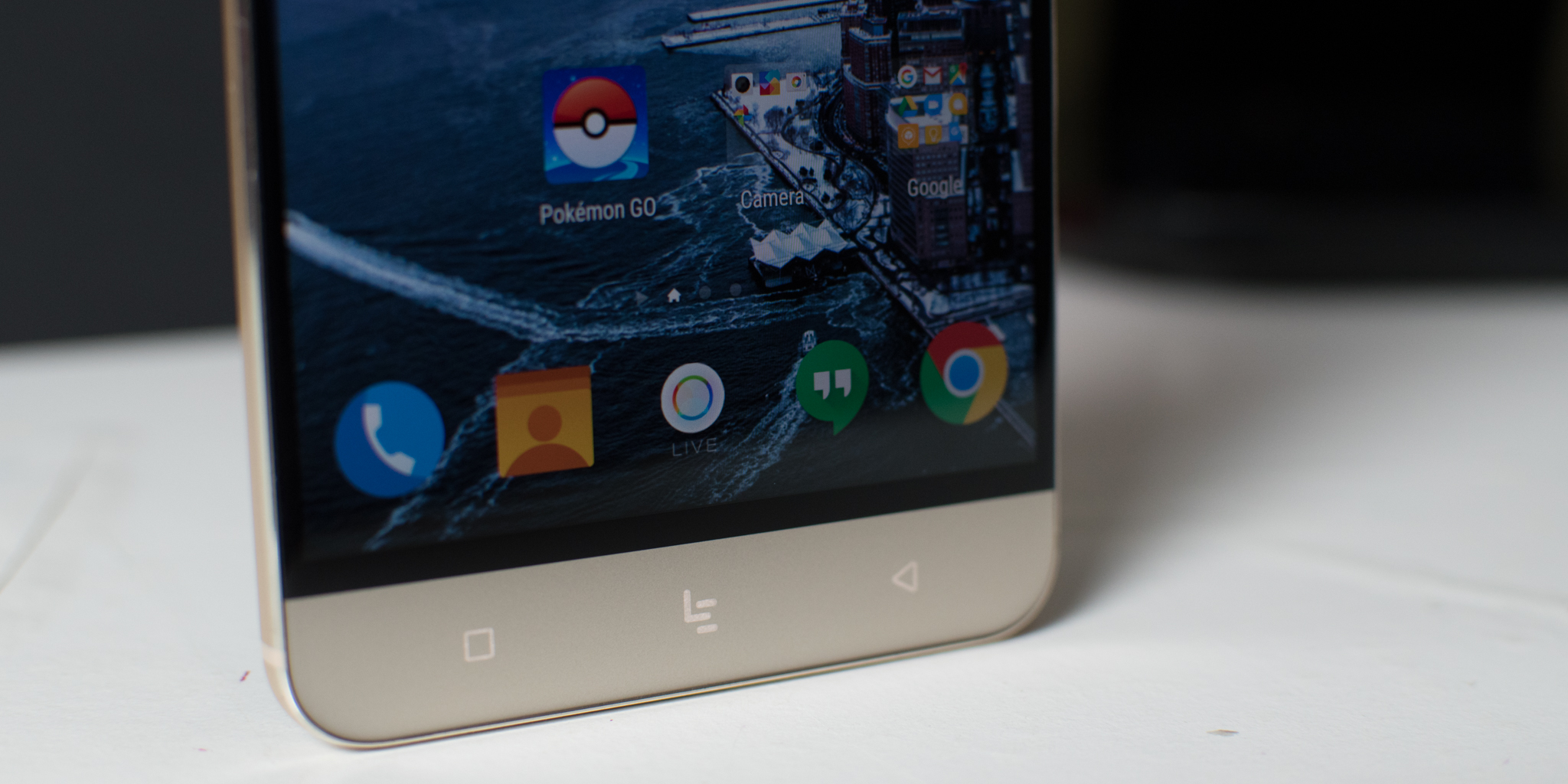 The rest of the phone’s software experience is pretty standard but as I touched upon earlier in this review, the launcher itself can be horribly slow with some of its animations and there are battery saving features that can be more meddlesome than helpful. For example, even though I reached out to their customer service about this issue, I was not able to get push notifications for any of my emails even though I had turned all of the battery saving features off. These are bugs that I hope to see improved and fixed in the coming months, though.

The LeEco Le Pro3 has a rear-facing 16MP camera that is capable of capturing 4K video and an 8MP front-facing selfie camera. LeEco’s camera application also allows you to capture slow-motion video as well as panoramic images.

There isn’t too much to see with this camera. It is definitely not the best on the market but it also isn’t the worst. Using the default automatic settings I was able to capture close to true-to-life images as far as color goes but the camera does suffer in low-light conditions. If you are more of a professional photographer you can also dive into the settings and manually adjust the ISO, white balance, exposure, and contrast.

Also, within the built-in camera application, you have the ability to add different color filters to your footage as well as enable a “beauty” mode that smooths out your face.

You can see several photo samples below:

Overall, the LeEco Le Pro3 is a phone that is still trying to find its sweet spot. As this is the company’s first attempt at bringing a smartphone the U.S. market, I have to say that they did a good job. The hardware is good but the software is just not up to par with other flagships currently on the market. If you’re looking for a mid-tier priced phone with some hardware specs that can be found in the Pixel, this might be the device for you. But only if you can work around some oddities with EUI.