Acer’s aluminum Chromebook 14 is one of the year’s best laptop values, especially at $230 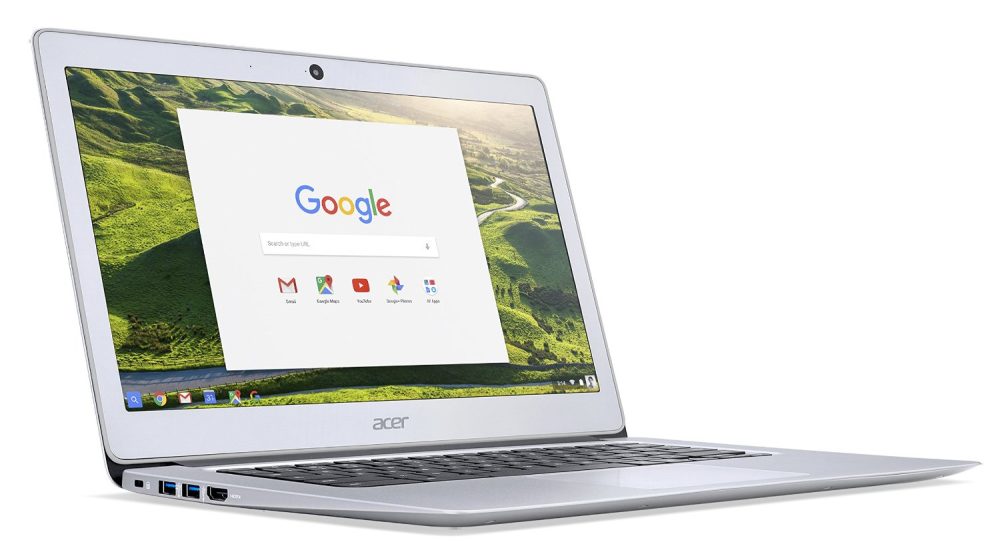 Update: The laptop is no longer available for $230 at Amazon.

It’s been a couple years since I used a Chromebook on a full-time basis. Before I owned the MacBook Pro that I use today, I had one of the earlier Samsung-made Chromebooks. I loved it a lot. But in terms of raw capabilities and build quality, I knew I needed something more. So here I am today.

For the last week or so, however, I’ve been diving back into Chromebooks — specifically using the Acer Chromebook 14. Given this is my first real experience trying to use a Chromebook on a daily basis since one of the platform’s first generation laptops, it’s an understatement to say I’m impressed…

A lot of the things I’m about to praise are surely true of many Chromebooks, but in terms of value per dollar, it pretty much doesn’t get better than this 14-incher from Acer. That said, here are some of my first-impressions, all of which I think represent why I feel I can already recommend this laptop.

— Aluminum build. If you’re looking for a cheap laptop that doesn’t feel like a cheap laptop, this is the one for you. The aluminum build of this thing feels near the quality of a MacBook, and it has that really nice weight to it you might be familiar with. Unlike some of the plastic-y Chromebooks (some of which are even in this same price range), the Chromebook 14 doesn’t feel like you’re going to break it just by opening and closing it. The hinge is very similar to a MacBook too.

— Speed. This isn’t the highest-powered Chromebook on the market, but it’s more than enough to get the job done. The laptop’s 1.6GHz Intel processor, 4GB of RAM, and 32GB of internal storage can power a dozen tabs at once with very little-to-no slowdown, and web pages perform well across the board — even ones that are resource hogs. I will say that the trackpad isn’t the best compared to a MacBook, but it just takes a little getting used to.

— Android apps. This Chromebook has been on Google’s list of Chrome OS devices set to get Android apps sometime by the end of the year, and it’s inching ever closer. You have to do a little manual work to get them running, but the Acer Chromebook 14 has apps in the developer channel as of just today. So out of the box this laptop might not be ready to go with Android apps, but it will be getting an update soon — perhaps in time for Christmas. And that means more functionality like Microsoft Word and more.

— Great display. Once again, it’s not the best you can get on a Chromebook period, but this definitely has one of the best displays that you can get on a laptop in this price range. This laptop has a Full HD (1920 x 1080) IPS display that works fairly well in this 14-inch form-factor and it has pretty good color accuracy and vibrance. It’s no Retina MacBook, but it will get the job done for a student or as a second device around the house.

— HDMI out. This is a feature that I use all the time on my MacBook Pro, and it’s great to see on a laptop that costs far, far less than the premium offerings from Apple. Whether you’re watching a movie on Netflix (or any other streaming site) or needing to give a presentation from Google Docs, you’re just an HDMI cable away from putting your content on the big screen.

— Battery life. If you get frustrated with laptops running out of battery too quick, this is — and most Chromebooks are, honestly — going to save you a lot of headaches. Acer says this one should get about 12 hours of standard use and I can almost attest to that. In my testing this week it didn’t quite make it to 12 hours most days, but I have been using it pretty heavily.

— Price. I’ve said this a lot throughout this little mini review, but the big reason to jump on this laptop right now is its price. As of the time of this writing the silver model is available right now on Amazon at an all-time low of $230 shipped, which is the lowest price we’ve ever seen it. Even at its standard price of $300, this thing is a steal, but it’s a no-brainer in my opinion at $230.

So head over to Amazon and grab this deal while you can, and be sure to keep an eye out for our full review, which is coming really soon. Also, be sure to check out some more Black Friday deals if you’re interested in Android and Chrome OS products.