Nougat only at .4%, while Android 6.0 becomes most used version in Dec. distribution numbers

The last distribution numbers for 2016 are in and show slow growth for 7.0 Nougat, but a big boost that makes Marshmallow the most commonly used version of Android. These numbers come as Android 7.1’s rollout will add a new API version to the list before the busy holiday season.

Nougat only jumped a tenth of a percentage point to .4% in the course of a month. With Android 7.1 warranting a new API level, we should expect to see another entry in time for January’s data. These numbers are compiled from Android devices that accessed the Play Store in a seven-day period ending on December 5th.

Significant Nougat updates this month include the LG G5 on multiple US carriers and the unlocked HTC 10. Samsung continues testing for the Galaxy S7 line, while Huawei is preparing several updates in Q1 of next year.

This month, Google announced that it would stop supporting Android 2.3 Gingerbread early next year. In no longer updating Play services, Google is encouraging third-party app developers to focus on newer version of Android, specifically Ice Cream Sandwich and above. 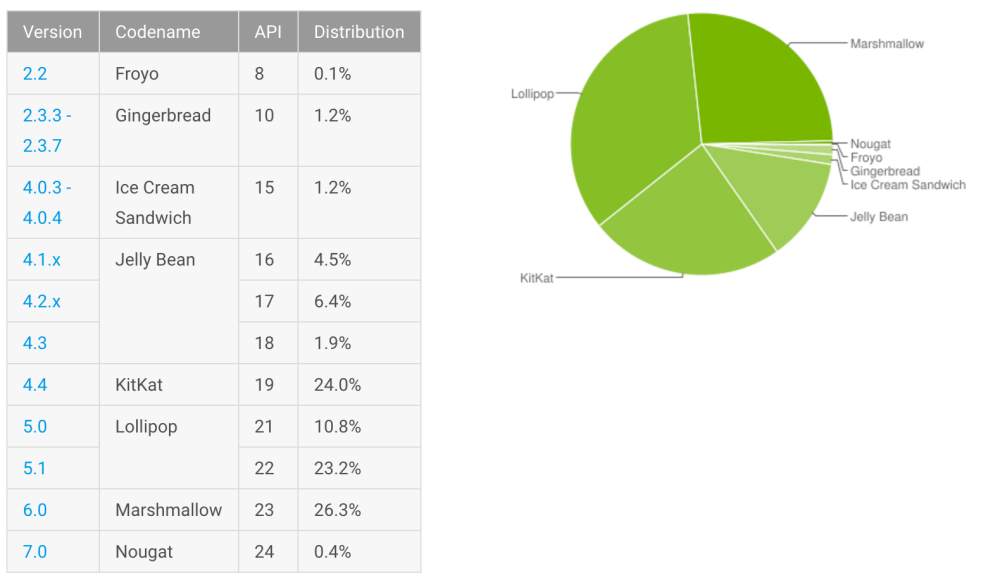