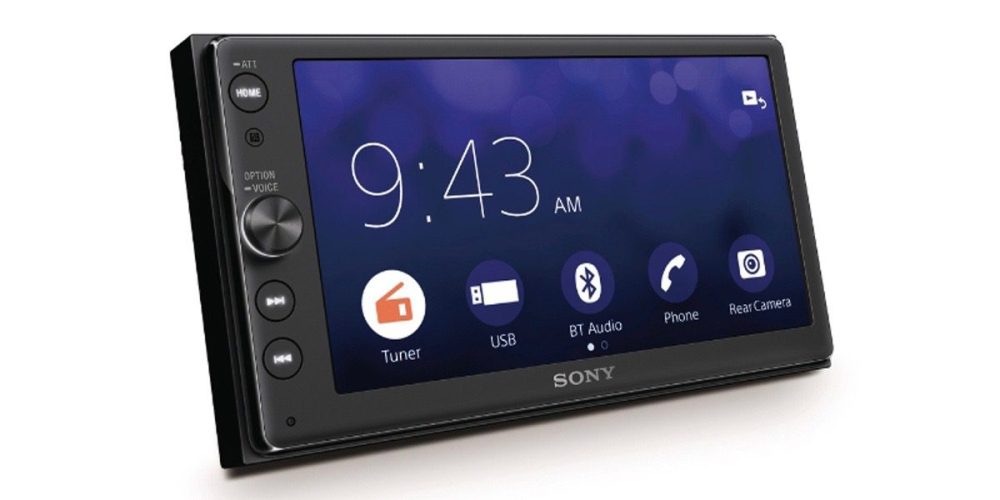 Sony announced back in August that it was entering the Android Auto head unit scene with its $499 6.4-inch XAV-AX100 receiver, and starting today you can buy the sleek aftermarket screen for yourself.

Sony’s aftermarket display is one of the more affordable aftermarket displays that let you use either Android Auto or Apple’s CarPlay feature to access and control communication and entertainment from your smartphone on your car’s screen. Other solutions are priced upwards of $1000-$1500 depending on the specs.

Aside from price, Sony’s receiver also stands out for having a physical volume knob which is better for controlling while driving; other aftermarket screens we’ve tested rely on buttons that require more attention to control. The stock user interface for non-Android Auto use is also more modern and minimal than the UI found on other systems.

XAV-AX100’s 6.4-inch display is slightly larger than similarly priced 6.2-inch displays on competing head units. The only downside on paper is the resistive touch screen which is not ideal. Capacitive screens are preferred when shopping for the best Android Auto displays; hopefully Sony does something in this space in the future.

We’ll have a hands-on review with Sony’s new Android Auto screen later this month. In the meantime, Sony XAV-AX100 is available for $499 from Amazon and Best Buy starting today with deliveries promised in time for the holidays.