If you’ve been following our coverage this week, you know that CES 2017 has already brought the introduction of countless new phones, laptops, accessories, and more. In the Google realm, that means we’ve seen plenty of new Android phones, Chromebooks, wearables, and more.

But CES is always a matter of finding the diamonds in the rough. There are always some impressive announcements, but the vast majority of things we’ve seen this week have been either mundane or old news. That’s why we’ve done the work for you.

Follow after the break to get a peek at our picks for the best Android, Chrome and Google-related products that debuted at this year’s Consumer Electronics Show…

As we mentioned in our hands-on, there’s nothing too special about the watch, but it does run Android Wear 2.0 and does just about everything that a fitness smartwatch should — it tracks heart rate, steps, speed, calories, distance, and more.

It was definitely a close fight with Casio for this watch, but we were won over by the New Balance’s availability timeline (it’s going to hit store shelves early next month), value (it’s more affordable at $300), its running-specific features (never seen that in an Android Wear watch before!) and its generally refined take on what a fitness smartwatch powered by Android Wear should be. The demo at the Intel booth showing just how accurately the watch tracked fitness stats was also impressive. 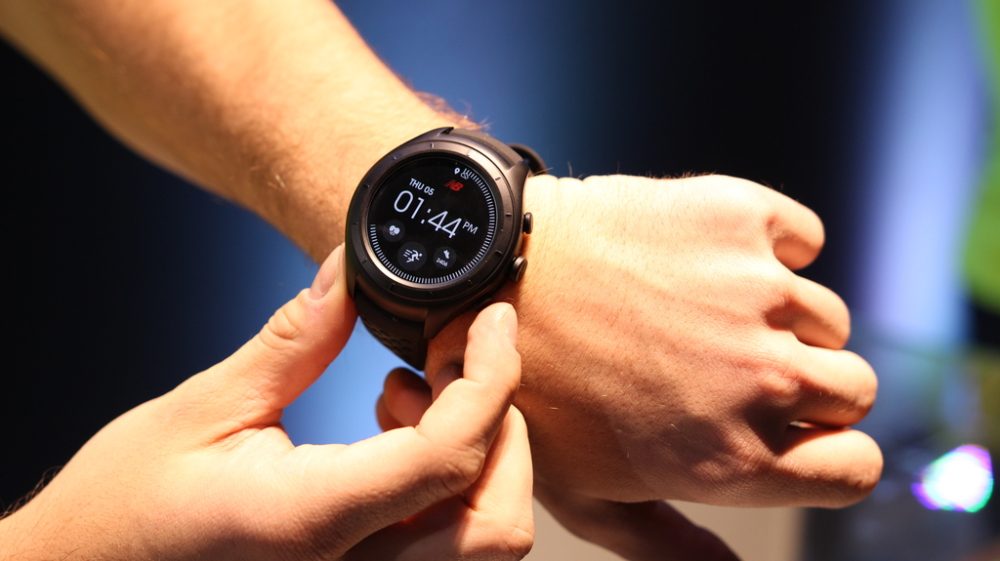 CES is always home to the launch of many an Android phone, and this year we saw a few notable launches. ZTE and LG hit the show floor with some budget options, Huawei launched the Mate 9 in the United States with Amazon Alexa, and Xiaomi showed off the white version of the Mi Mix made for outside the US. The one standout of the show for us, however, was the ASUS ZenFone AR. And ASUS’ other new phone, the ASUS ZenFone 3 Zoom, was also a top contender. 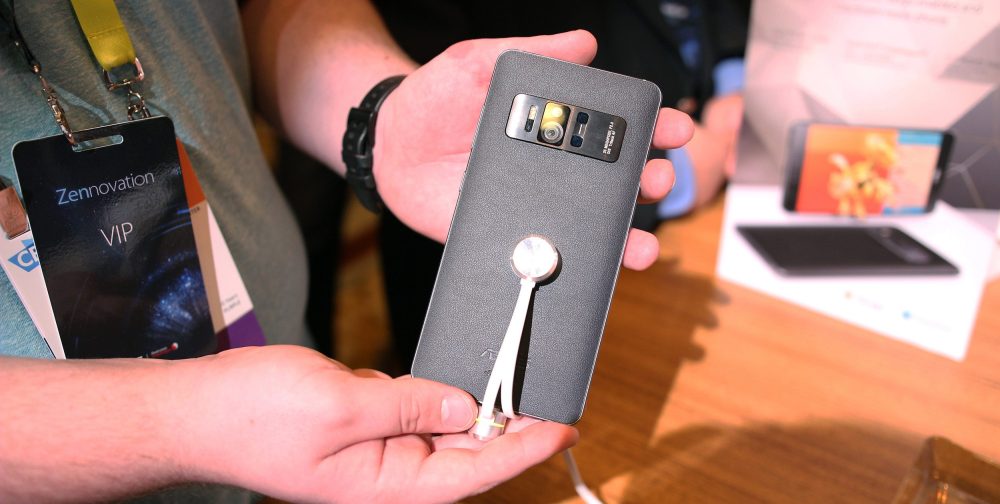 ASUS has made the Zenfone AR the first Android smartphone to hit the United States with an option for 8GB of RAM, and the phone packs the powerful Snapdragon 821, which isn’t the latest Qualcomm chip but definitely a great one.

But for us at 9to5Google, the ZenFone AR stands out for one reason: it’s made to work with Google’s Tango AR platform. That platform is definitely still growing for now, as we’ve noted, but it has a lot of potential. We saw the Lenovo PHAB2 Pro in the summer and fall of last year, but that device was just too big — and frankly its software too horrendous — for us to wholeheartedly recommend it as a consumer product.

This phone is different. It does Tango, it has a much more reasonable physical size, and its software is definitely closer to being a polished user experience. Oh, and it supports Daydream. Really, the only downside for us at this year’s CES is that we weren’t actually able to see the Tango features in action quite yet. Be did, however, get some really nice photos and video — so check that out.

Chromebooks have felt like they’ve been on the backburner for the last year, but thankfully CES 2017 brought a few new Chromebooks for us to get our grubby (literally, CES isn’t the cleanest place in the world) hands on. Of those, we saw the ASUS Chromebook Flip 2 (an honorable mention!), but the star of the show was a pair of new Chromebooks from Samsung. Somewhat confusingly called the Chromebook Pro and the Chromebook Plus, the two laptops are identical apart from their processors. 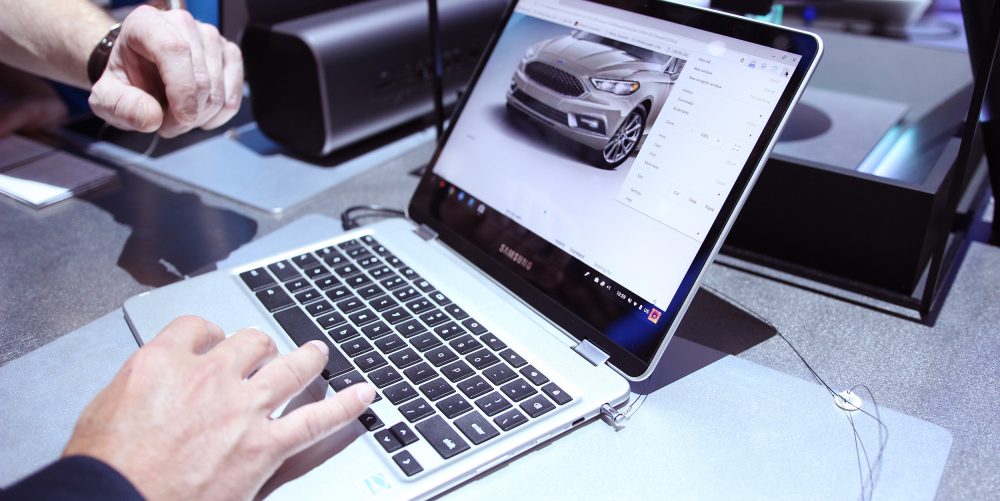 We picked these Chromebooks because they are the Chromebooks we’ve always wanted. As we said, they breathe new life into Chrome OS. All products have compromises, but these two sleek laptops from Samsung have the least compromises of any Chromebook ever.

They have a solid build, the Pro has a very powerful processor (for a Chromebook), they touch screens that flip around to be used like a tablet, they sport USB-C ports (welcome to 2017!), they rock Android apps without a hitch, and they even have styluses.

Really, the only compromise is probably going to be their price tags (the Plus is starting at $449, and the higher-end Pro is TBD), but I think we can forgive that for the purpose of this award — prices will surely fall over the coming year. 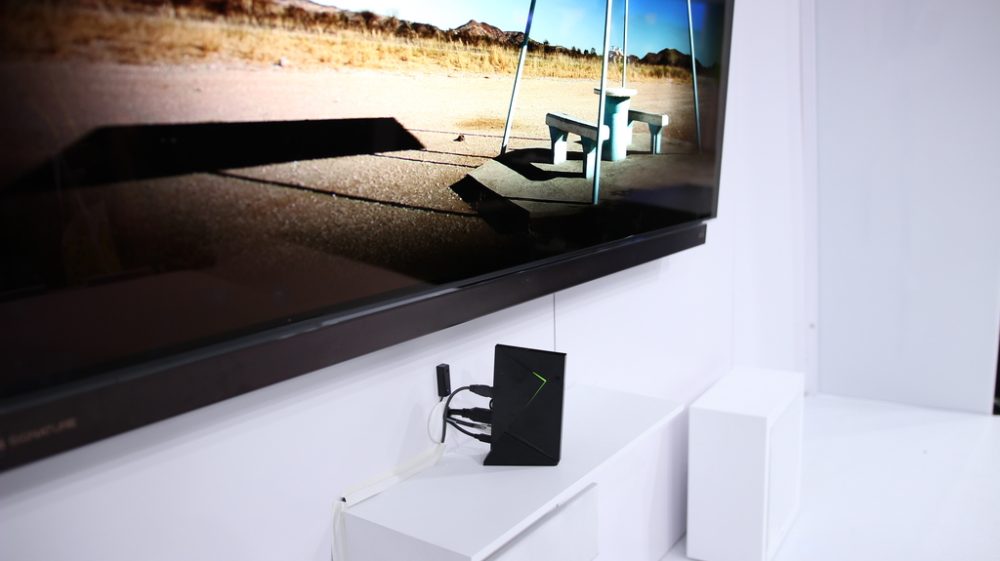 Android TV is another platform that was been largely ignored in 2016, so it’s good to see it get a little attention at CES this year. The OEM that gave it that attention was Nvidia, a company that is becoming known for more and more products that aren’t desktop graphics cards. And the product that this company launched this year is the latest Nvidia Shield TV, a little (seriously, it’s unexpectedly tiny) Android TV set-top box that can do a lot more than just play little games from the Play Store and Netflix.

Here at 9to5Google we’re big fans of Google Assistant, so the Nvidia Shield TV being the first Android TV device to get Google’s new helper was a big reason we went with this device. For just $199 (pre-orders now open on Amazon!), the Shield supports streaming 4K HDR content from a variety of services like Amazon and Netflix, and there are even hundreds of console-quality games waiting for you on Shield store. Another big reason we went with this device, however, is the new $49 Shield Spot that launched alongside the Shield. It extends Google Assistant throughout your home with a tiny little device that you can just pop into an outlet. 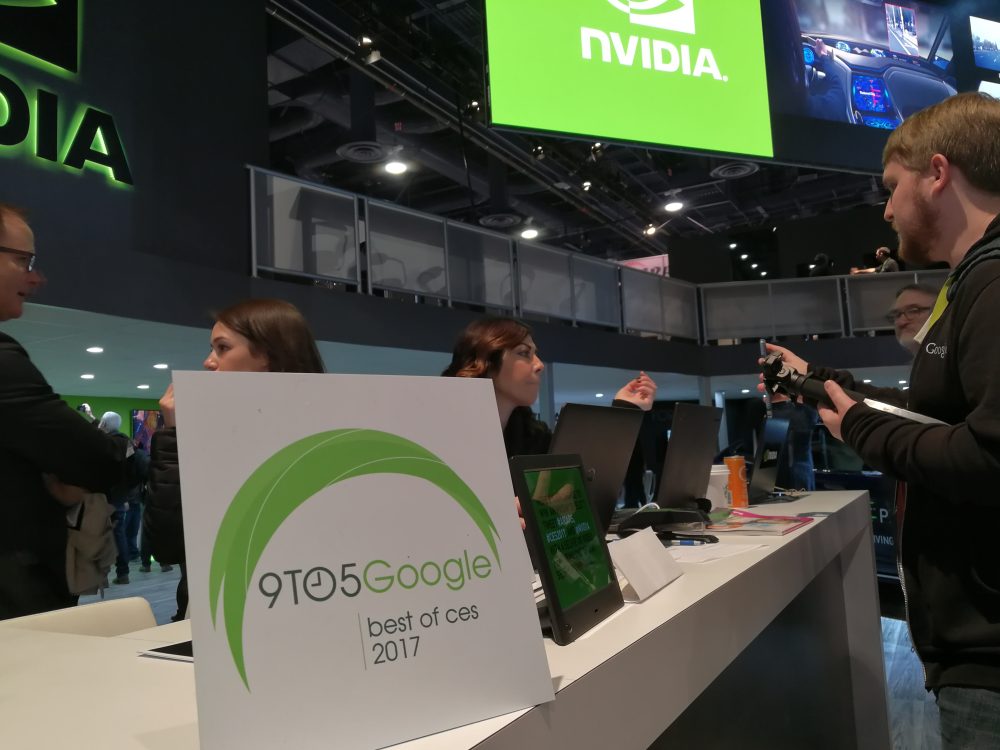