Huawei Mate 9 is the first phone w/ Amazon Alexa pre-installed, landing in the US for $599 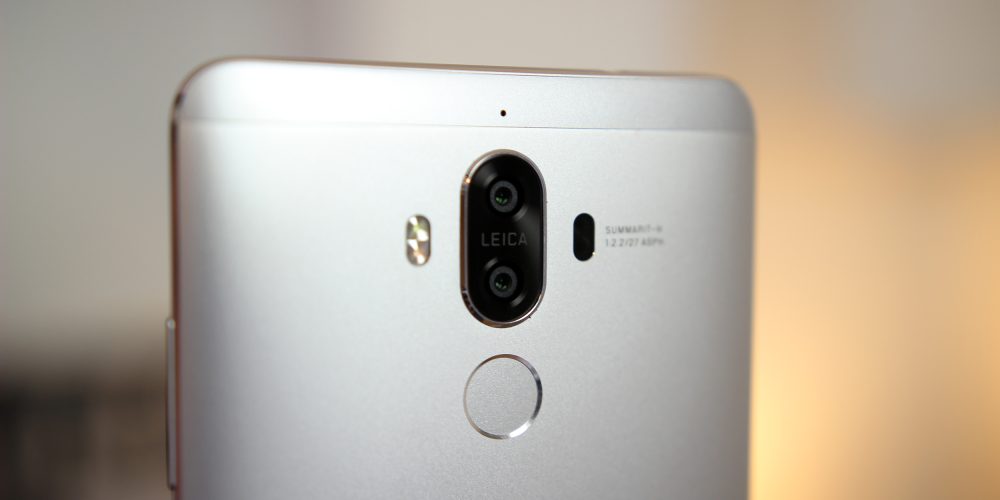 Two months after its initial debut, Huawei has just announced that its current flagship smartphone, the Huawei Mate 9, is coming to the United States on January 6th…

This release marks a new chapter of sorts for Huawei in the US as the Mate 9 is the company’s first flagship smartphone to be released in the States.

In case you missed it, the Huawei Mate 9 packs a 5.9-inch 1080p display, in-house Kirin 960 chipset, 4GB of RAM, a 4000mah battery, and Android 7.0 Nougat out of the box. That current Android version also comes with Huawei’s new EMUI 5.0 skin which brings a fairly huge overhaul to Huawei’s previously terrible UI.

Just like the international Mate 9, the US version offers a dual 20MP/12MP Leica camera system which consists of one standard color sensor and a secondary monochrome sensor which is used for sensing depth information and improving low-light performance.

Along with that, Huawei has worked with Amazon to bring Alexa to the phone as a built-in personal assistant. This will be available for US users out of the box and will be available as an OTA for international users as well.

In the US, the Mate 9 will be available online from Amazon, Best Buy, Newegg, and B&HPhoto for $599 unlocked starting on January 6th. It will also be available in Best Buy stores soon.

“Response to Huawei Mate 9 has been extremely positive, resulting in numerous industry awards and accolades,” said Zhendong Zhu, President, Huawei Device USA. “With Mate 9, we set out to improve every element of the smartphone experience, creating a dynamic and powerful device that takes a big step forward in what consumers expect in a smartphone. We’re excited to introduce the Mate 9 flagship device to the U.S. market.”

Huawei Mate 9 features a dynamic interplay of industry-leading hardware and advanced software that work together to keep users a step ahead. Key features include:

Maximum Performance and Speed with Kirin 960

With over 100-million units sold, Huawei’s Kirin chipsets deliver fast, reliable mobile devices. Huawei Mate 9 is the first Huawei device powered by the premium Kirin 960 chipset which features a Machine Learning Algorithm that helps deliver a fast and smooth experience, even after 18 months of continuous use.The Kirin 960 is the world’s first chipset to feature an ARM Cortex-A73/A53 Octa-core CPU and Mali G71 Octa-core GPU. The CPU delivers the best multi-core performance among all smartphone SoCs, while reducing power consumption by 15 percent. Compared to its predecessor, the GPU boasts a 180 percent performance uplift and a 40 percent improvement in energy efficiency. The Kirin 960 also takes full advantage of the pioneering Vulkan graphics standard on Android 7.0, increasing graphics performance by up to 400 percent.

A New Standard in SmartphonePhotography

Following the success of the Huawei P9 smartphone, the Mate 9 features the second-generation dual- lens camera co-engineered with Leica. Huawei and Leica have continued to improve and enhance the optical performance of the camera module, which now includes a 12-megapixel/F2.2 RGB sensor and a 20-megapixel/F2.2 monochrome sensor. In addition, Mate 9 features enhanced image fusion algorithms that work together to produce more stunning photography.

With the introduction of EMUI 5.0, Huawei Mate 9 reimagines the native Android operatingsystem using Linux to improve the experience, aesthetics, and functionality. EMUI 5.0 makes the Huawei Mate 9 even more intelligent and efficient over time by enabling the UX to learn consumers’ behavior patterns and ensures high-priority applications are given preference, subject to system resources. This guarantees a long-lasting, smooth experience, slowing down the performance erosion that smartphone devices experience. EMUI 5.0 also introduces a new, intuitive interface design. With EMUI, more than 50 percent of features can be reached with two clicks, while over 90percent can be reached within three clicks.

Huawei also announced it will bring Alexa, Amazon’s cloud-based voice service, to the Huawei Mate 9. Customers can ask Alexa to set an alarm, or build to-do lists; get the weather, traffic reports, and more. In addition, Alexa can also control a broad array of smart home devices.

Available in early 2017, access to Amazon Alexa will be pre-installed in an app on Mate 9, providing customers with a natural, convenient user interface to perform tasks and get information. For existing Mate 9 owners at that time, it will be available by over-the-air update. Huawei and Amazon will collaborate to develop rich voice activated consumer experiences for mobile users.