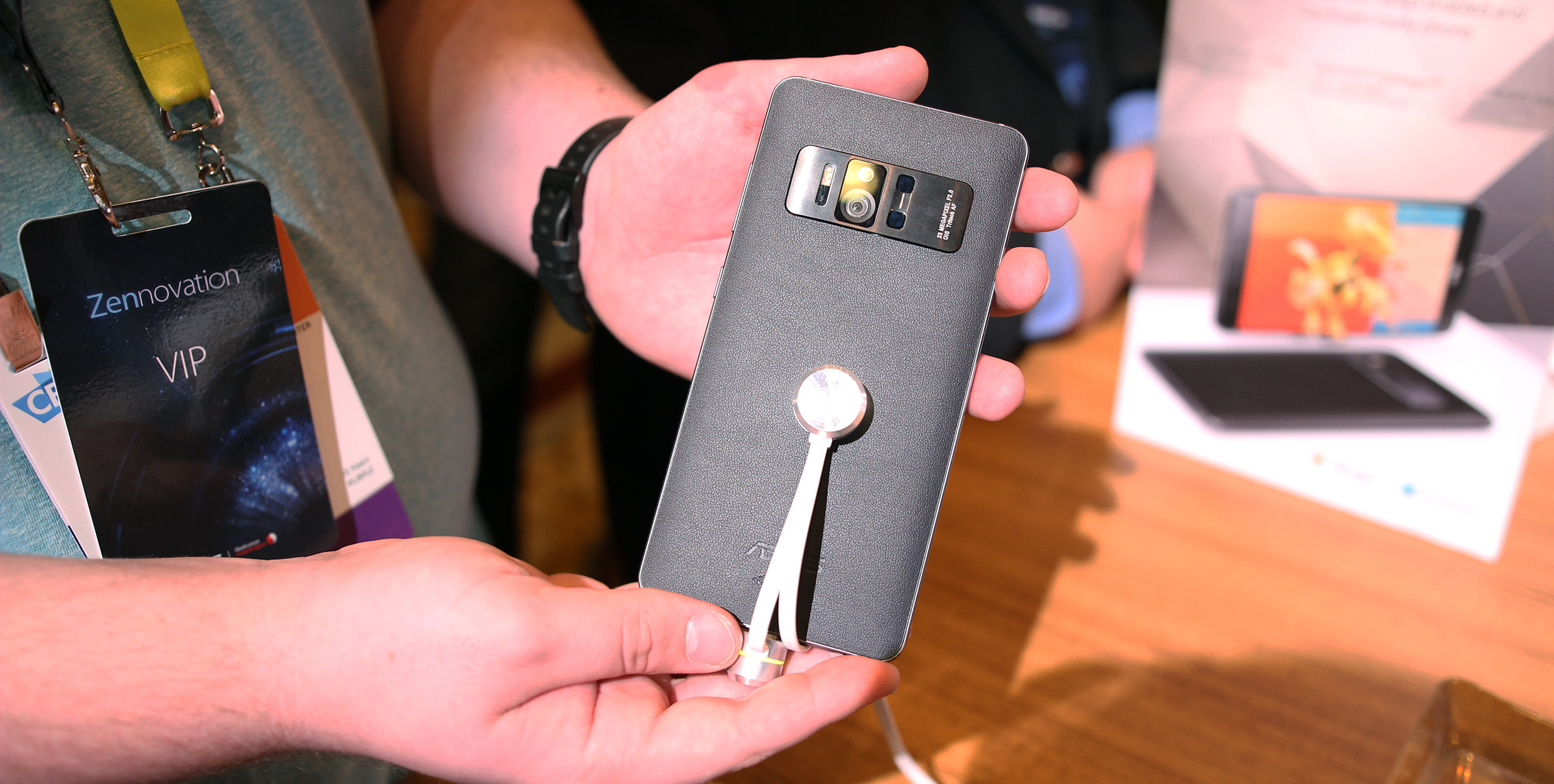 So first up, the Zenfone AR. This is a ‘flagship’ of sorts for ASUS, at the very least on paper. ASUS has made the Zenfone AR the first Android smartphone to hit the US with a whopping 8GB of RAM, but this device is also running on top of the powerful Snapdragon 821 chipset which should make for a very quick device as we noted in the few minutes spent with the phone.

That Snapdragon 821 is also optimized specifically for Google’s Tango. The Zenfone AR is the second consumer smartphone to use Google’s tech following Lenovo’s massive Phab 2 Pro. Sadly, ASUS didn’t have Tango functional on any of the AR units on display, but just like the Phab, the AR can sense the world around it and use that information in a collection of apps available through the Play Store.

Along with Tango, the Zenfone AR is another smartphone which works with Google’s Daydream VR platform and View headset, a nice bonus which ASUS takes advantage of with some software tricks that allow users to create their own VR experiences.

Seeing that Tango wasn’t functional with this device, our first impressions of the Zenfone AR basically equate to this being a good and powerful Android smartphone, but that’s about it until we can see it in action with Tango.

As for the Zenfone 3 Zoom, we have a pretty run of the mill smartphone on paper, and in person, it’s nothing ridiculously special either. It packs a dual camera system on the rear which allows for enhanced zoom and great photos. It also runs on top of the Snapdragon 625 chipset and has an all metal body.

The real highlight with the Zenfone 3 Zoom, though, is the massive 5,000 mAh battery which ASUS has somehow managed to cram inside of a 7.99mm thin device. When picking up the phone, you’d never expect that much battery capacity.

The Zenfone 3 Zoom is set to debut in February although pricing has yet to be announced. The Zenfone AR, on the other hand, will be released during Q2 of 2017.

Stay tuned for all of our CES 2017 coverage!