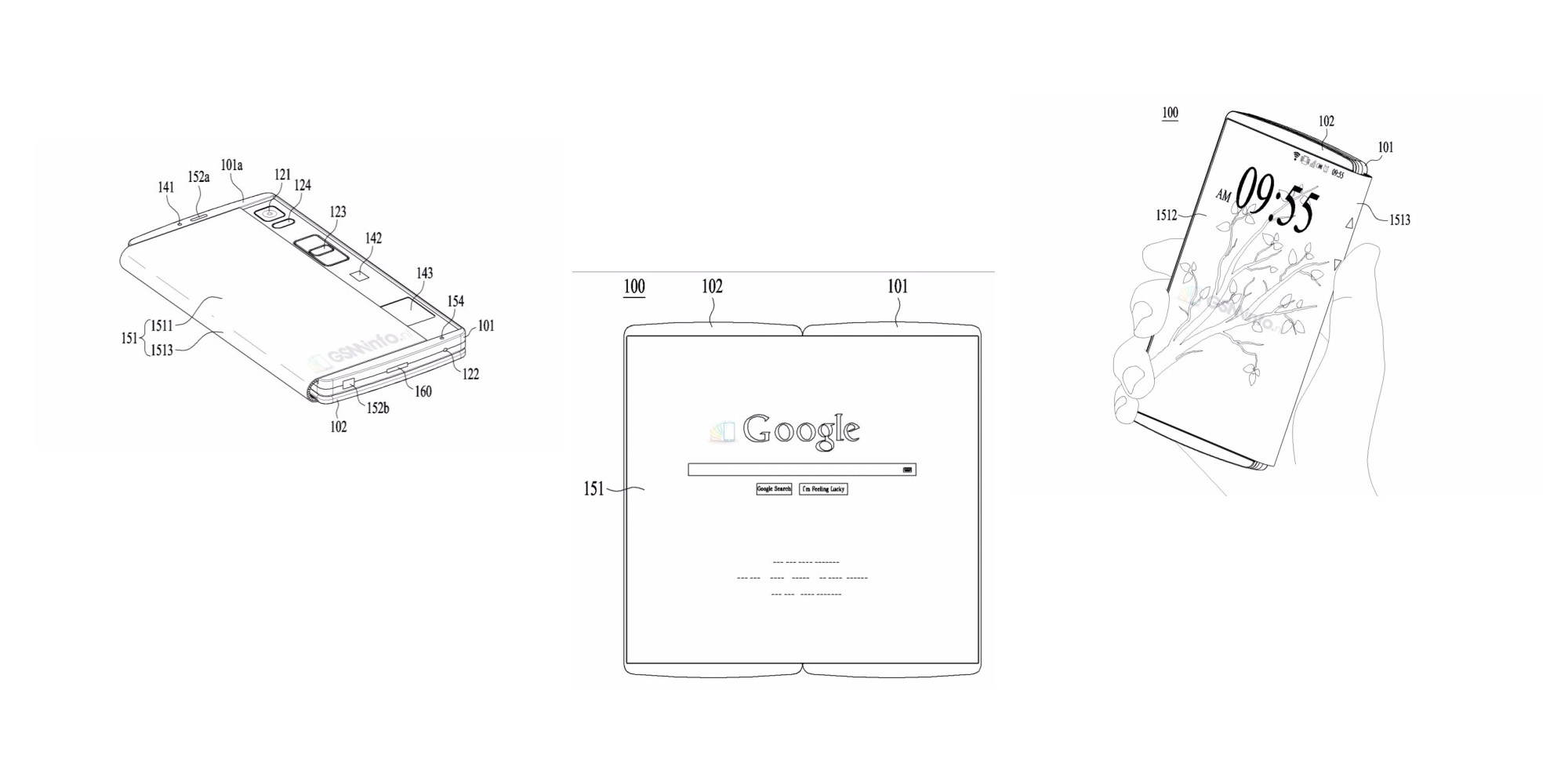 2017 indeed has what it takes to become one of the craziest years in consumer electronics; between returning old giants, sumptuous anniversaries and trust issues to resolve, the potential is everything but lacking. All of that said, one of the weirdest, most interesting trends could be flexible, foldable smartphones…

We reported last week about Samsung‘s plans for its tentatively named “Galaxy X”, mentioning how LG was in the race too. Today, thanks to some surfaced patents filed by the Korean giant (via GSM Info), we may have a more concrete, comprehensive look at what an actual, hybrid device could look like.

So far, in fact, we had only seen the company up against flexible displays, but little to nothing was known about its implementation in a prospective product, unlike its rival. The patents, which picture LG’s ideas from a variety of angles, show a handset structured in a radically different way from smartphones as we know them.

For one, the outward-facing flexible panel seems to be slightly “detached” from the rest of the phone’s body; when used in “smartphone mode”. In fact, the display wraps around the back from the right side, leaving a slight portion exposed and thus giving space to a vertical strip where the camera, volume rocker and (maybe, maybe not) fingerprint scanner rest.

This essentially means that there are two distinct screen parts when the device is in smartphone mode: a “regular” front one and a slightly smaller second one that sits beside the camera, and could therefore be taken advantage of to, say, take selfies (as the patent seems to suggest). We also assume that it would employ some sort of palm-rejection technology when your hand holds it from the back.

However, when opened in “tablet mode”, the screen takes up the entirety of the front, mechanically sliding over and covering the above-mentioned strip. The tech indeed looks pretty cool, and could in one swoop make the smartphone-tablet 2-in-1 dream real — if there is such a “dream” at all.

In addition to that, the rolling portion of the screen that pivots around the hinge would have reason to exist in smartphone mode, too, providing extra information or controls while the main panel displays content — think Galaxy Note Edge, for instance. Here, the patent shows media controls while a video is playing.

Just like Samsung, we have heard that LG is planning to begin production of the finalized product towards the end of the year, targeting a potential launch at the beginning of 2018. And if the final thing ends up being even half exciting as it looks here, we can’t but wait for it to come fast.