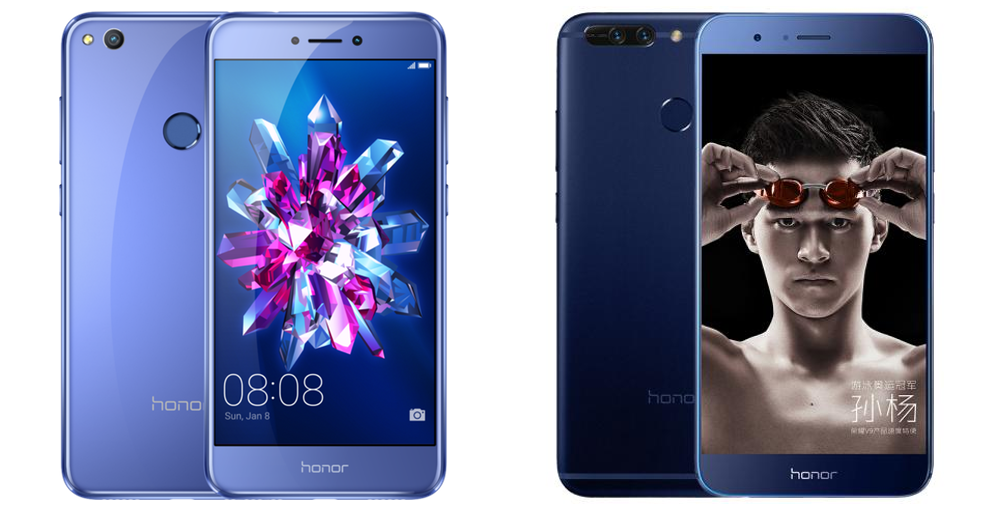 Honor has today taken the wraps off of two new smartphones for China: the mid-range Honor 8 Lite and the flagship-level Honor V9. While there’s no word yet on a US release for either of these devices, today’s announcements might at the very least gives us an idea of what the Chinese company might be bringing to the US in the future…

The Honor 8 Lite (pictured above, left), might be familiar, since the standard version of that phone actually launched in the US last fall (not to mention that it leaked earlier this month).

The V9 — which we can hope might make its way to the US eventually — is definitely the flagship of the two, packing the octa-core Huawei Kirin 960 system-on-a-chip and a whopping 6GB of RAM. There are options for 64GB or 128GB of storage, a 4,000 mAh capacity battery on board, and a 12MP f/2.2 dual camera setup around the back. All of this powers a 5.7-inch display around front with Gorilla Glass on top.

For China at least, the Honor 8 Lite is going to come in Midnight Black, Streamer Gold, Sea Blue and Pearl White, while the V9 comes in three colors: Gold, Black, and Blue. The V9 flagship doesn’t have pricing just yet, but the Honor 8 Lite will cost 2599 Yuan (roughly $377) for the base model, which is actually similarly-priced to the standard Honor 8 in the US.