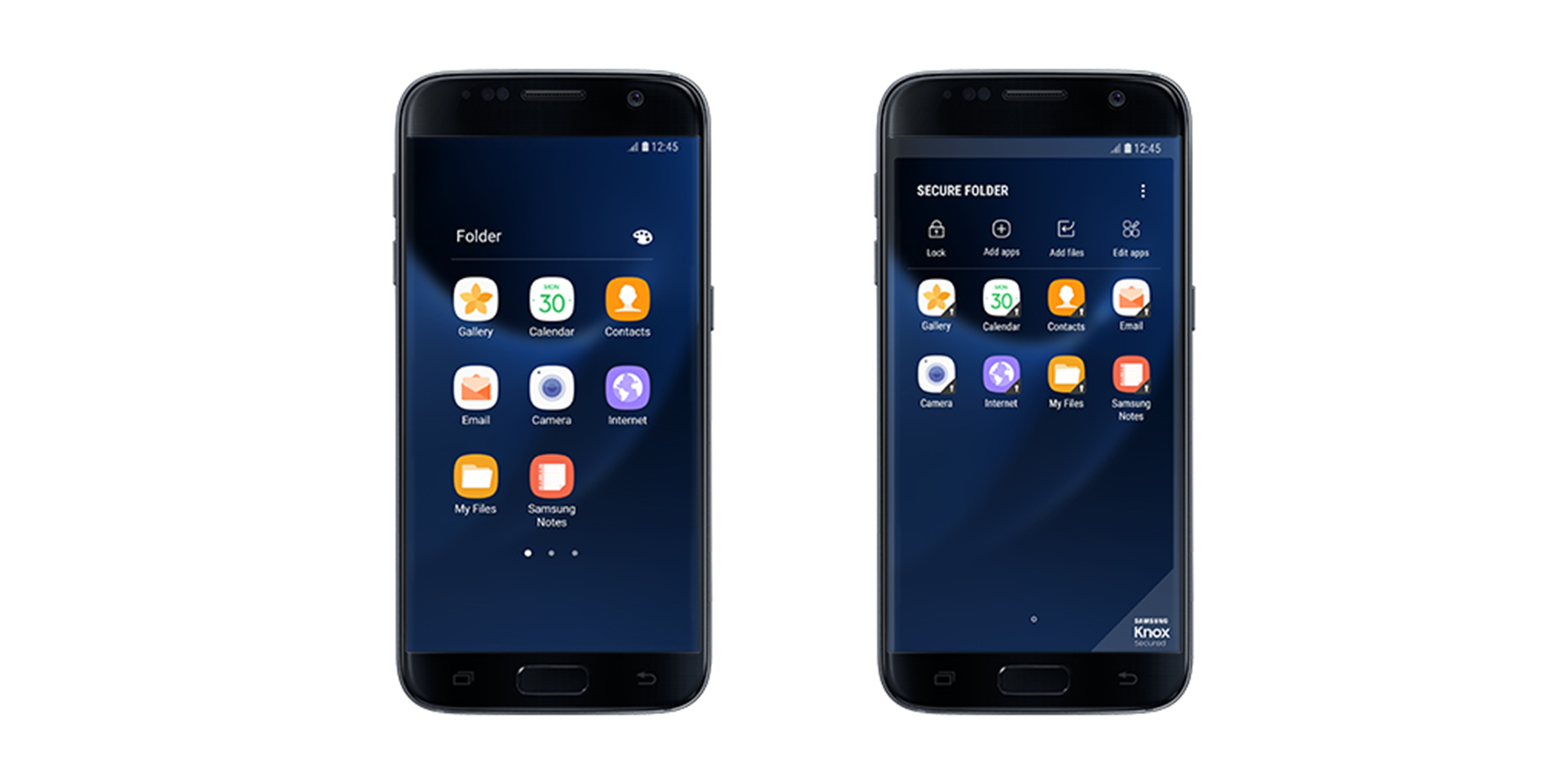 Samsung has officially announced that the Secure Folder application that leaked several days ago is now available for the Galaxy S7 and S7 edge. Now you don’t have to worry about anyone with access to your phone snooping through any private photos, documents, or information… as long as you’ve stored everything in Secure Folder…

Secure Folder uses a form of the company’s KNOX security solution to create an encrypted folder for you to store your private data. Additionally, applications added to the Secure Folder will have a separate entity created for them. This means that you can have one ultra-secure version of an application logged into a private account and a second version of that app logged into a different account that doesn’t require as much protection. All that will be required is a separate PIN, pattern, passcode, or biometric verification to access everything.

If you ever lose your phone, Samsung offers cloud-based backup and restore support for the app. Everything within Secure Folder is backed up separately from the rest of your standard backups but can be restored on a new device by using your Samsung Account credentials.

As of now, the Samsung Galaxy A devices (2017), S7, and S7 edge are the only handsets with support for Secure Folder. The company did state, however, that the application will be available for more devices soon.

As mentioned, this application has been floating around for a couple of days now. Inside of it was an image that seemingly looked like the yet-to-be-announced Galaxy S8.  While we didn’t learn anything new about the handset, it is a bit ironic that Samsung’s application that is meant to encrypt data and keep information private, ended up leaking the design of an unannounced product.

If you would like to download Secure Folder, make sure that your S7 or S7 edge is running Nougat or higher and then head on over to the Galaxy Apps Store.