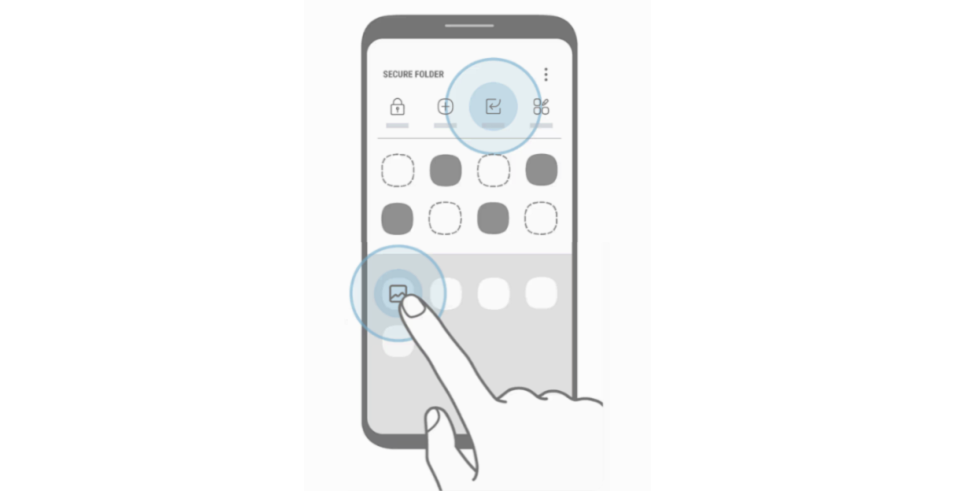 There’s an as-yet-unreleased app for the Samsung Galaxy S7 floating around called Secure Folder, and it appears that the app may have accidentally leaked the form factor of the Galaxy S8 (again). As you can see above, a graphic that can be found in the app shows a device with a large display with rounded corners and very small top and bottom bezels…

While not entirely new (we’ve seen several Galaxy S8 leaks of various kinds up to this point), it’s the first time that Samsung seems to have accidentally leaked something about the S8 itself. We saw the first actual photos of Samsung’s Galaxy S8 surface last month, alongside further corroboration of several rumored specifications.

At this point, there isn’t really all that much we don’t know about the Galaxy S8. There are two different sizes for the phone (both will have edged screens), and they’re both set to have a sleeker design with no physical button on the front, the Snapdragon 835 SoC, 12- and 8-megapixel sensors on the back and front, respectively, and new software features like the ‘Bixby’ virtual assistant.

In case you were curious, this unreleased “Secure Folder” app is basically a protected folder for your Samsung device that lets you store files and documents separate from the phone’s standard filesystem. The app requires your fingerprint to open it up, and Samsung says that it will be rolling it out officially as a downloadable app on Galaxy S7 devices running Nougat.

The Samsung Galaxy S8 is set to launch at a standalone event in April, and we’ll be there ourselves to keep you in the loop on all the latest developments. Reportedly, Samsung will be teasing the phone at the company’s press event at Mobile World Congress.