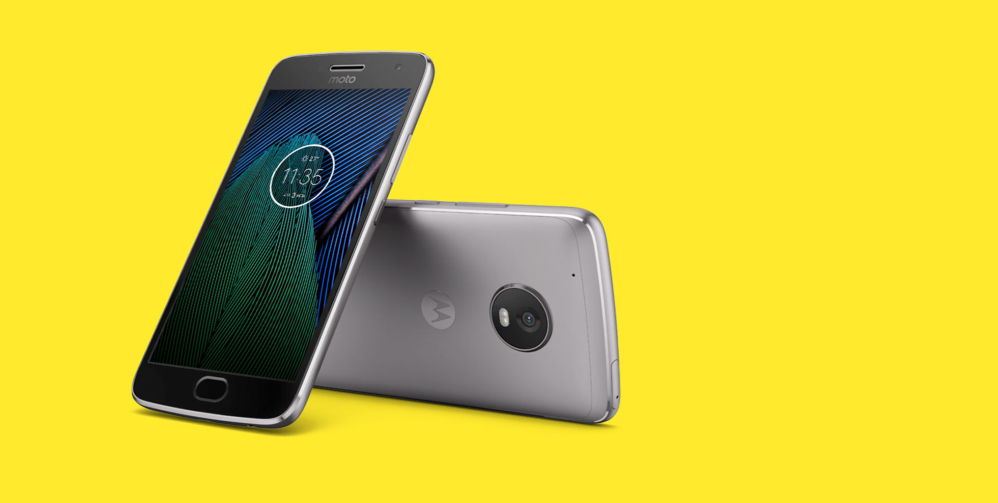 Following a number of leaks, including specs, hardware, and even the retail packaging, Lenovo finally announced the Moto G5 and G5 Plus today at MWC 2017. The Moto G5 continues the company’s successful G series of affordable smartphones, now bringing even more premium features like a metal design and a fingerprint sensor previously found only on the G Plus and Z series.

The Moto G5 Plus has a slightly larger 5.2” display coming in at the same 1080p resolution, and the battery capacity is also upsized to 3000 mAh. Storage is double that of the Moto G5 at 32 to 64 GB, and the Moto G5 Plus sports a faster chipset than its smaller companion as well — a 2.0 GHz Snapdragon 625. RAM ranges depending on the market between 2 and 4 GB. The 12 MP rear camera on the Moto G5 Plus loses a megapixel but gains dual autofocus for a better shooting experience, and the G5 Plus is the only one of the two to feature NFC for mobile payments (though not on the US model).

Neither phone offers full-blown water resistance, but each has a water repellent coating that should at the very least protect them from the occasional outing in rain. Both phones will be available in Lunar Grey and Fine Gold finishes. The Moto G5 (16 GB / 2 GB RAM) will launch in March for €199 with no US availability, and the Moto G5 Plus will go on sale in April for $229 (32 GB / 2 GB RAM) in the US, or €279 (32 GB / 2 GB RAM) elsewhere.