Google Play Music will be the default music app on the Galaxy S8, Bixby integration coming 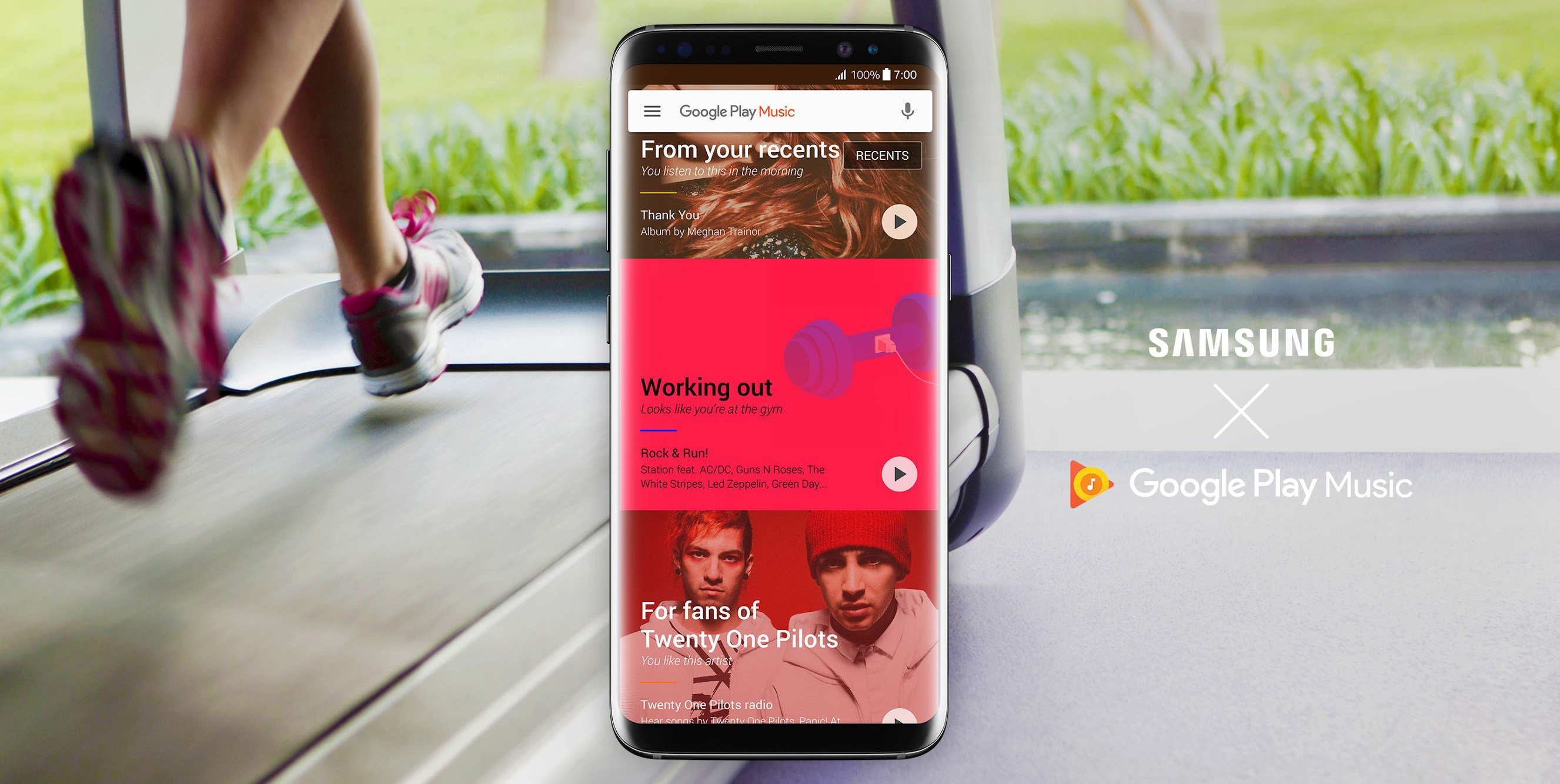 One of the biggest downsides to buying a Samsung smartphone is bloatware. On top of all the carrier apps, Samsung pre-loads its own collection of applications out of the box. What’s been annoying in the past is that Samsung’s apps simply copied what Google already offered, making them feel completely unnecessary. Thankfully, one of those apps goes away today, thanks to a partnership between Google and Samsung.

Announced via a blog post this morning, Google revealed that Google Play Music will be the default application for music on the Galaxy S8 and Galaxy S8+. That change applies to future Samsung smartphones and tablets as well, presumably including the recently released Galaxy Tab S3.

Along with that, Samsung and Google have worked out a deal to offer up storage on Play Music for users’ own songs, up to 100,000. That’s twice the storage standard customers are offered. Samsung owners will also be able to get a free three-month subscription to Play Music & YouTube Red with their device.

Google has also worked with Samsung to make the Google Play Music app compatible with Samsung’s new digital assistant, Bixby. This will work a lot like how Play Music works on Google Assistant, meaning users can quickly and easily start playing a song with a simple voice command. Google says this will be available when Bixby debuts later this Spring.