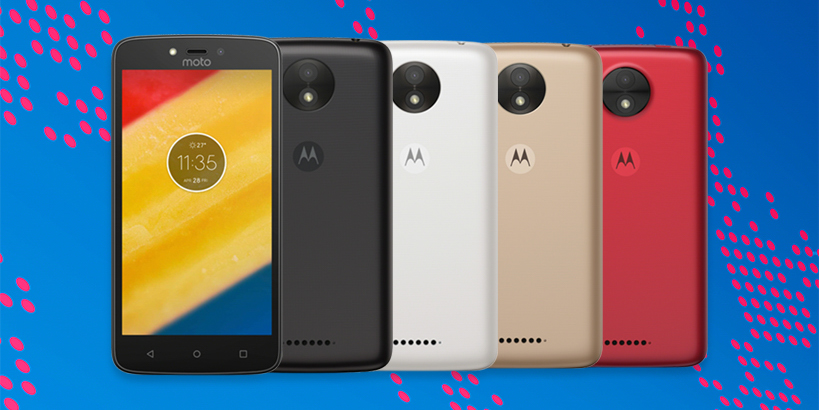 First leaked last month, Motorola today has unveiled two new budget smartphones: the Moto C and Moto C Plus. Although these are on the new lowest-end of Motorola’s lineup, the Moto C could make for the perfect smartphone for first-time Android users or as a backup burner device…

The Moto C is the definition of a low-end budget smartphone and comes in several configurations with 3G and 4G models. Both variants come with a 5MP rear-facing camera, a 2MP selfie camera with a LED flash, a 5-inch, 854 x 480 display, 2,350 mAh battery, 1GB of RAM, and either 8GB or 16GB of storage with the option to add more via microSD.

The Moto C Plus, on the other hand, is a little more straightforward. For only €119, you get a 5-inch, 1280×720 display, an enormous 4,000 mAh battery, an 8MP rear-facing camera, a 2MP selfie camera with LED flash, a 64-bit quad-core MediaTek processor, and 16GB of built-in storage with a microSD card slot. Depending on the region, the C Plus will either have 1GB or 2GB of RAM.

Both the Moto C and the Moto C Plus run Android 7.0 out of the box and will be available in a wide variety of colors including Metallic Cherry, Pearl White, Fine Gold, and Starry Black.

Unfortunately, it doesn’t look like Motorola will be bringing either of the Moto C devices to the US. According to Motorola’s blog post, both smartphones will begin shipping later this spring in Latin America, Europe, and Asia-Pacific.