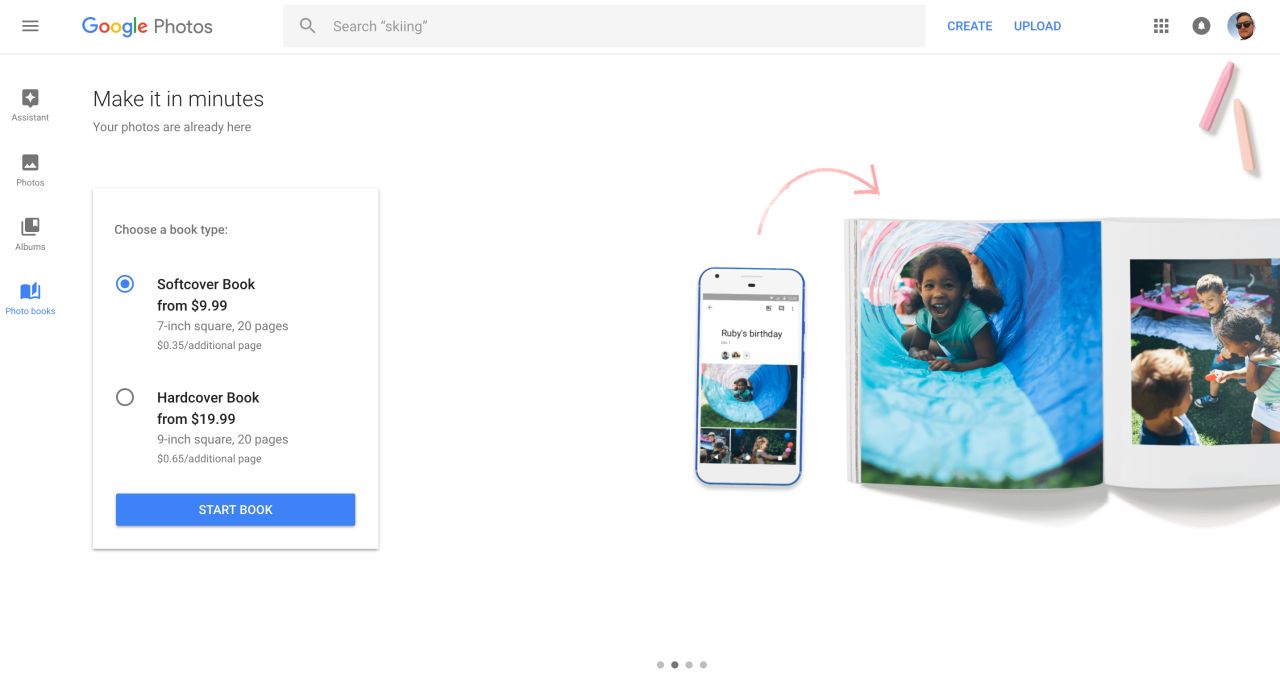 Although Google Photos is all about backing up all of your photographs to the cloud, Google announced that you can now turn your favorite memories into photo books. This feature was enabled online right after its announcement, but it now looks like the feature is rolling out to the Google Photos app on Android.

A member of Android Police noticed over the weekend that the photo book creation tool was showing up on his Pixel XL. As you can see from AP’s screenshots below, the option to create a book can be found in the overflow menu, right above the device folders category.

As Artem was running the latest version (2.15.0.156463917) of Google Photos and he appears to be one of the few already seeing the photo book option, it looks like this change is being done server-side.

If you don’t see this feature in your Google Photos app just yet, don’t worry as it might take several weeks for a full rollout. If you want a photo book now, though, you can go to the web version of Photos and order one there.