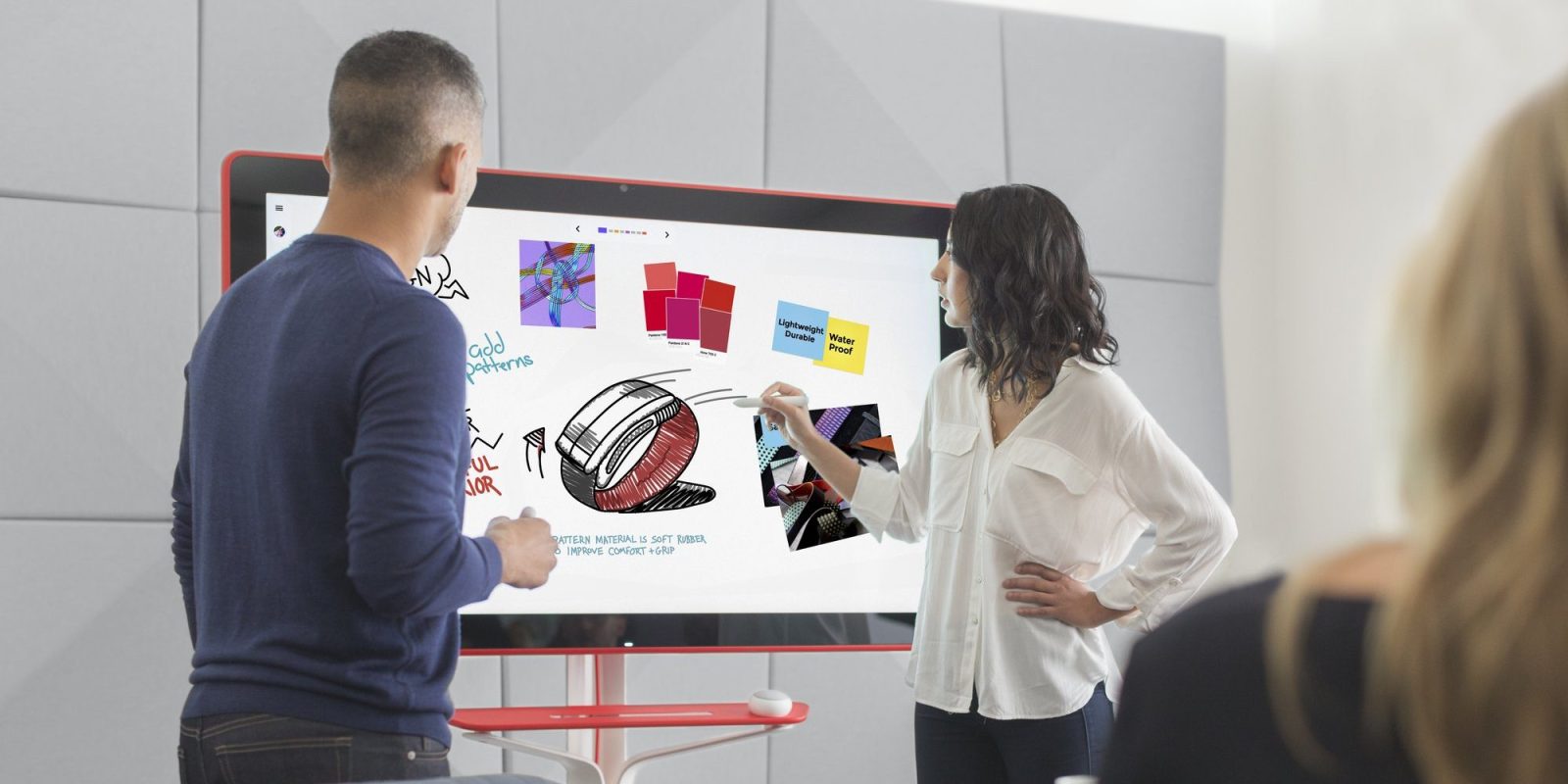 Google foresees users sketching, conducting video calls over Hangouts, and collaborating with the Jamboard. Android and iOS apps allows remote users to annotate and participate from afar. There are a number of smart features, including translating scribbles to text and shapes, as well as deep integration with G Suite.

The latter allows users to add images and files from Google Drive to the Jamboard, with all work also being automatically backed up.

As part of today’s launch, Google is sharing some specs, including the Nvidia Jetson TX1 embedded computer that powers the 55-inch 4K display with a 120Hz touch scan rate and 60Hz video refresh rate. The display supports 16 simultaneous touch points, while input is precise up to 1mm.

Available in cobalt blue, carmine red and graphite grey, the $4,999 package also includes two styluses, an eraser, and a wall mount, with the rolling stand being an optional accessory. In addition to requiring a G Suite plan, Jamboard also features an annual management and support fee.

Jamboard is available in the U.S. starting today, with a rollout to Canada and the U.K. over the summer.