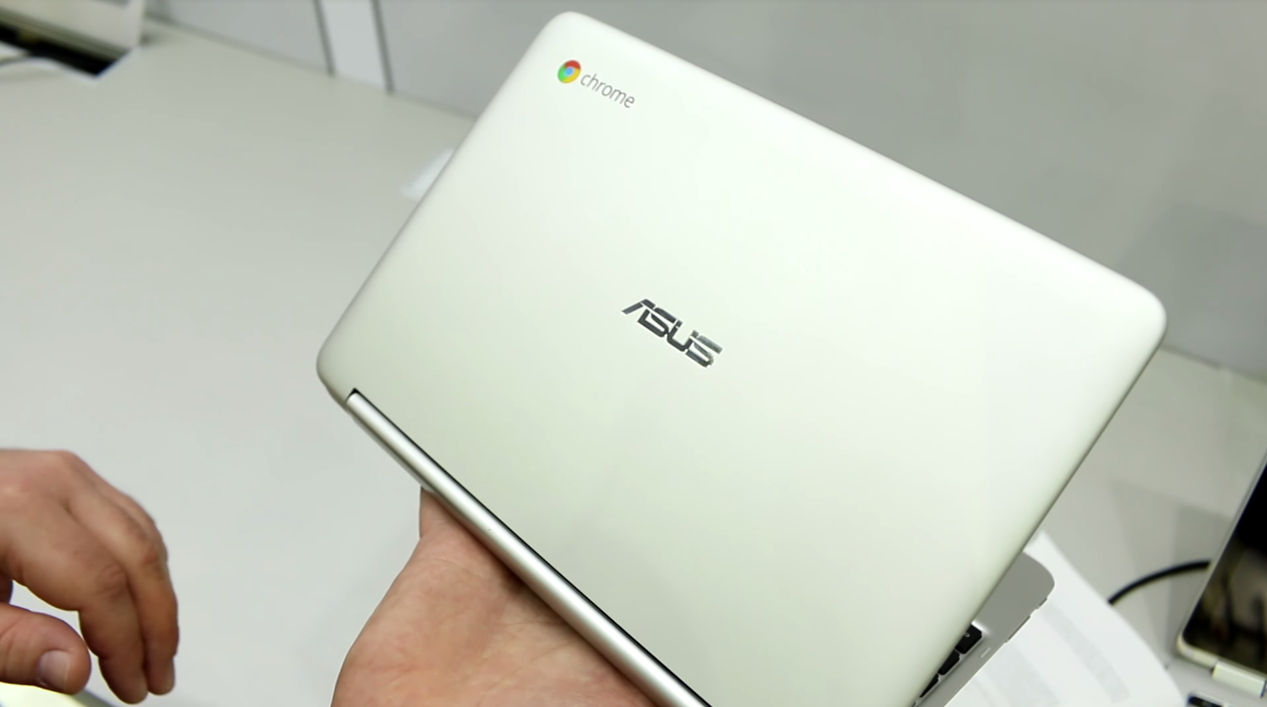 2017 has been a pretty solid year for Chromebooks, with Android apps renewing interest from manufacturers. While Samsung’s Chromebook Plus and Pro have captured the attention of many, the ASUS C302CA follows up on previous models from the company as one awesome machine. However, ASUS wasn’t so quick to update what started the 2-in-1 design for Chrome OS, until now.

The original ASUS Chromebook Flip was a bit of an oddball when it first released. Marketed as a computer, the Flip packed a 10-inch display which was and still is small by laptop standards. Now, with Android apps available, the Flip quickly became one of the better options for an Android tablet replacement. However, the lack of new features like USB-C made it somewhat tough to justify.

At Computex 2017, though, ASUS has finally given us a proper successor to the Flip. Roland Quandt from WinFuture was the first to discover the refresh on the show floor, and ASUS has yet to publicly say anything about it.

This new model, at a glance, looks like the exact same machine, and it pretty much is. The new Chromebook Flip has the same basic design on the outside with an aluminum shell, a handful of ports, and giant bezels along the display. WinFuture says that the machine is running on another Rockchip processor, the slightly upgraded RK3399.

The main change in this new model, and the most welcome, is the addition of USB-C. It appears that ASUS has dropped its proprietary power connector for the new port, even including two of them for power, data, and video output. Interestingly enough, the machine still packs a full-size USB port and microSD slot alongside the headphone jack too.

This is definitely a minor upgrade, but it’s great to see ASUS bringing this form factor back into play. The smaller 10-inch display makes this an ideal replacement for an Android tablet, especially seeing how 11 to 13-inch Chromebooks fair in that regard. Pricing and release details are still unclear at this time, but we’re expecting ASUS to make an official announcement fairly soon.