Last month, Uber was granted the ability to depose Alphabet CEO Larry Page as part of the ongoing Waymo suit. Following the release of a redacted transcript of the questioning today, Uber has asked a judge for more deposition time. At issue is the apparent lack of preparation on the part of Page with many “I don’t recall” answers.

Considered an “important witness” by Uber’s lawyers, Page replied with “I don’t recall” several dozen times. They claim that Page’s lawyers did not properly refresh him on key details, with the Alphabet CEO not being able to recall any specific trade secrets at issue.

As such, Uber is requsting an additional two hours of deposition on the top of the four that took place on July 17th.

Focussing on the relationship between the CEO and Anthony Levandowski, Page was asked what he considered to be the ex-Googler’s contribution. At one point, Page even called Levandowski “kind of a grumpy person sometimes.”

Q When you say “implying that he could do a start-up,” what are the words that he used, if you can recall?

In fact, the fired head of Uber’s autonomous technology apparently discussed starting his own autonomous trucking company with Page while still at the company. Page made clear that he was “not supportive” due to how that would “clearly” be in competition with Waymo.

Further highlighting Page’s lack of clarity was how he wasn’t able to precisely detail the process by which he found out about the data theft, nor how Waymo came to sue Uber. Page instead pointed to the parent company structure of Alphabet that gives “bets” a wide rage of autonomy. 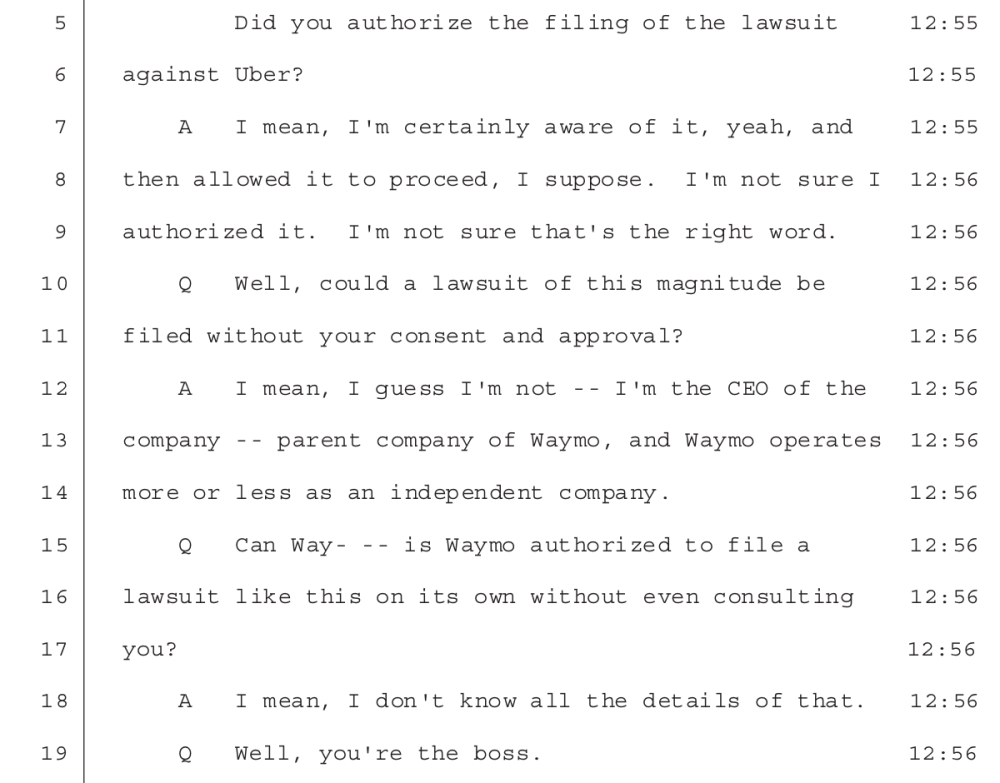