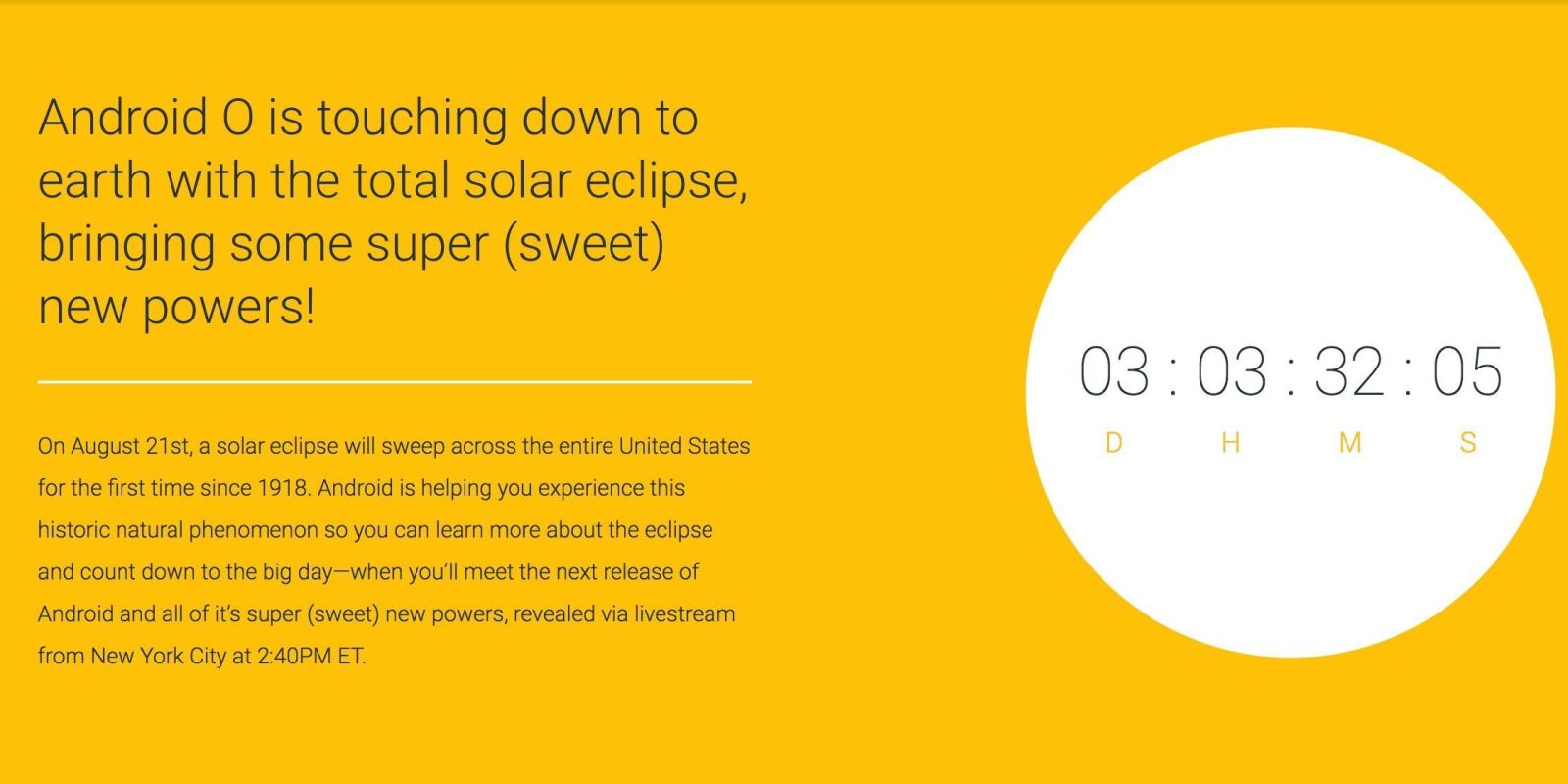 Three weeks after the release of Developer Preview 4, Google today launched a teaser site for an Android O announcement this coming Monday. This countdown is coinciding with the solar eclipse that is happening on Monday, with a livestreamed event scheduled for New York City at 11:40AM PST / 2:40PM EST.

This teaser lines up with the usual tradition of unveiling a commemorative Android statue with every major release. With the statue reveal, it’s likely that the final name will also be revealed on Monday.

On August 21st, a solar eclipse will sweep across the entire United States for the first time since 1918. Android is helping you experience this historic natural phenomenon so you can learn more about the eclipse and count down to the big day—when you’ll meet the next release of Android and all of it’s super (sweet) new powers, revealed via livestream from New York City at 2:40PM ET.

Particularly interesting this year is the New York location given that unveils of any kind usually take place at the Googleplex in Mountain View. Then again, there was a second statue for Android 7.0 placed in Montélimar, France — collequallity considered the world capital of the food nougat — last year.

This countdown lines up with multiple rumors this past week that suggest Android O is launching on August 21st. Those reports specifically point to a release only for last year’s Pixel and Pixel XL.

The final Android O Developer Preview has been pretty stable with no major bugs and features the finalized behaviors and user experience. Android 8.0 for the Pixel C and current Nexus devices will likely began rolling out shortly after.