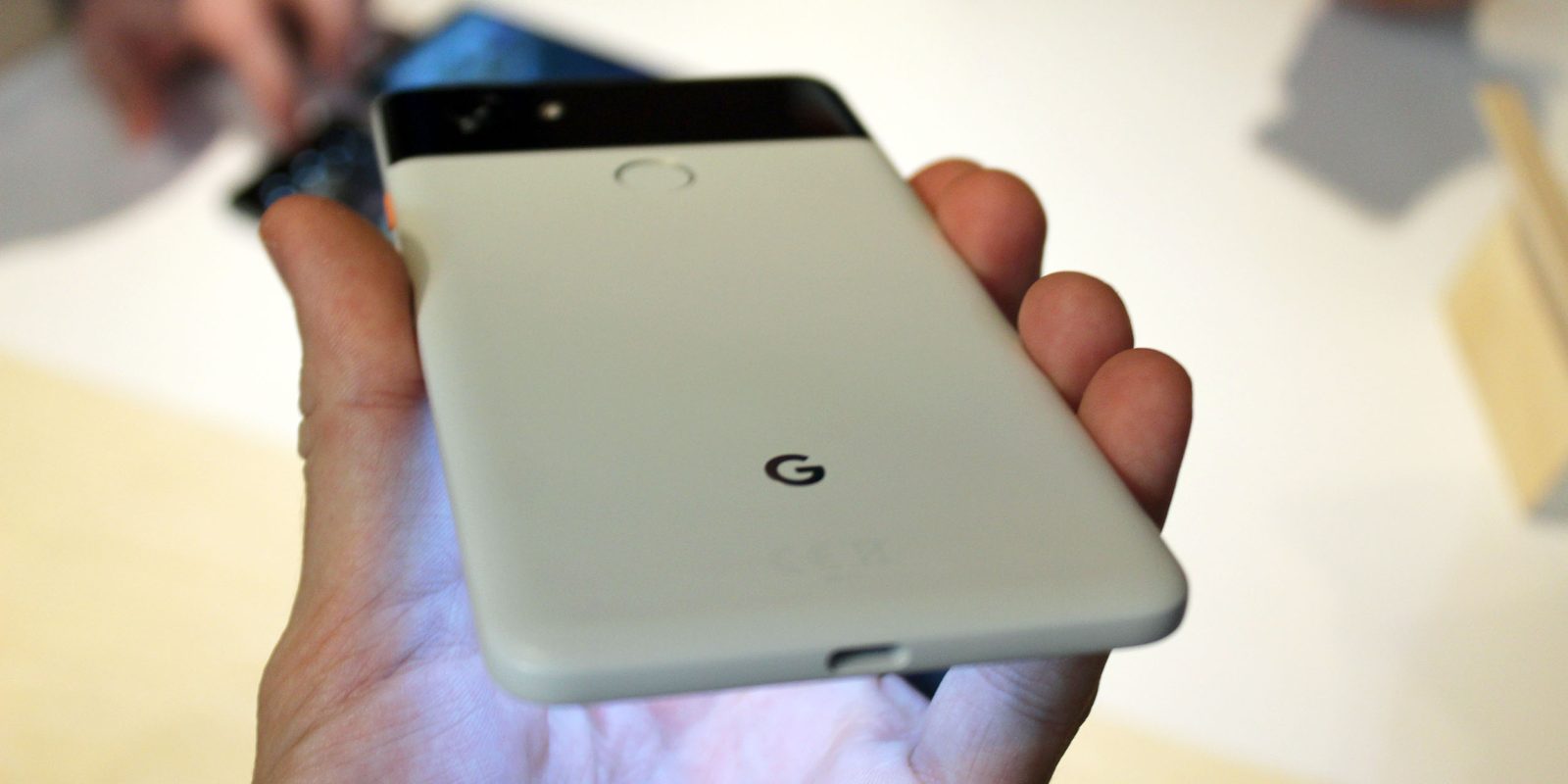 Today we had our first chance to go hands-on with Google’s new Pixel 2 and Pixel 2 XL flagships, and while there wasn’t much to be surprised by, I was greatly delighted to have the chance to check out the design of the of the Pixel 2 XL in person. It has a great design, a great feel in the hand, seemingly great performance, and it could likely become my favorite of the year.

The standard Pixel 2, on the other hand, is mostly just a spec bump on last year’s model. It’s a weird mashup of the designs of the first Google Pixel and the Nexus 6P with some HTC inspiration, and I think it just shouldn’t exist. But it is what it is, and even with an outdated design it seems good enough that most would put it in the same category they did the first Pixel: just a good phone…

And that’s the Pixel story and I think it’s kind of Google’s intention. Osterloh started the event today highlighting that smartphone hardware isn’t much of a differentiator anymore, and that it’s rather what companies do with software that makes the difference. With the Pixel 2 XL and the Pixel 2, it’s clear that Google really does believe that. Even the higher-end phone isn’t particularly high-end in terms of industrial design. It’s just a phone.

Let’s talk through a few highlights.

The camera has been the Pixel’s claim to fame, and while it’s still to be determined how the new models stand up to last year’s (not to mention the very stiff competition), Google made a point out of their DxOMark scores. The new Pixels apparently sport the new high: a score of 98.

But Google is making improvements elsewhere too. The Pixel 2 has a revamped portrait mode that uses machine learning to figure out exactly where the background is in your photo and it not longer requires you to move your phone around to get a good shot. In our quick testing, those looked great. 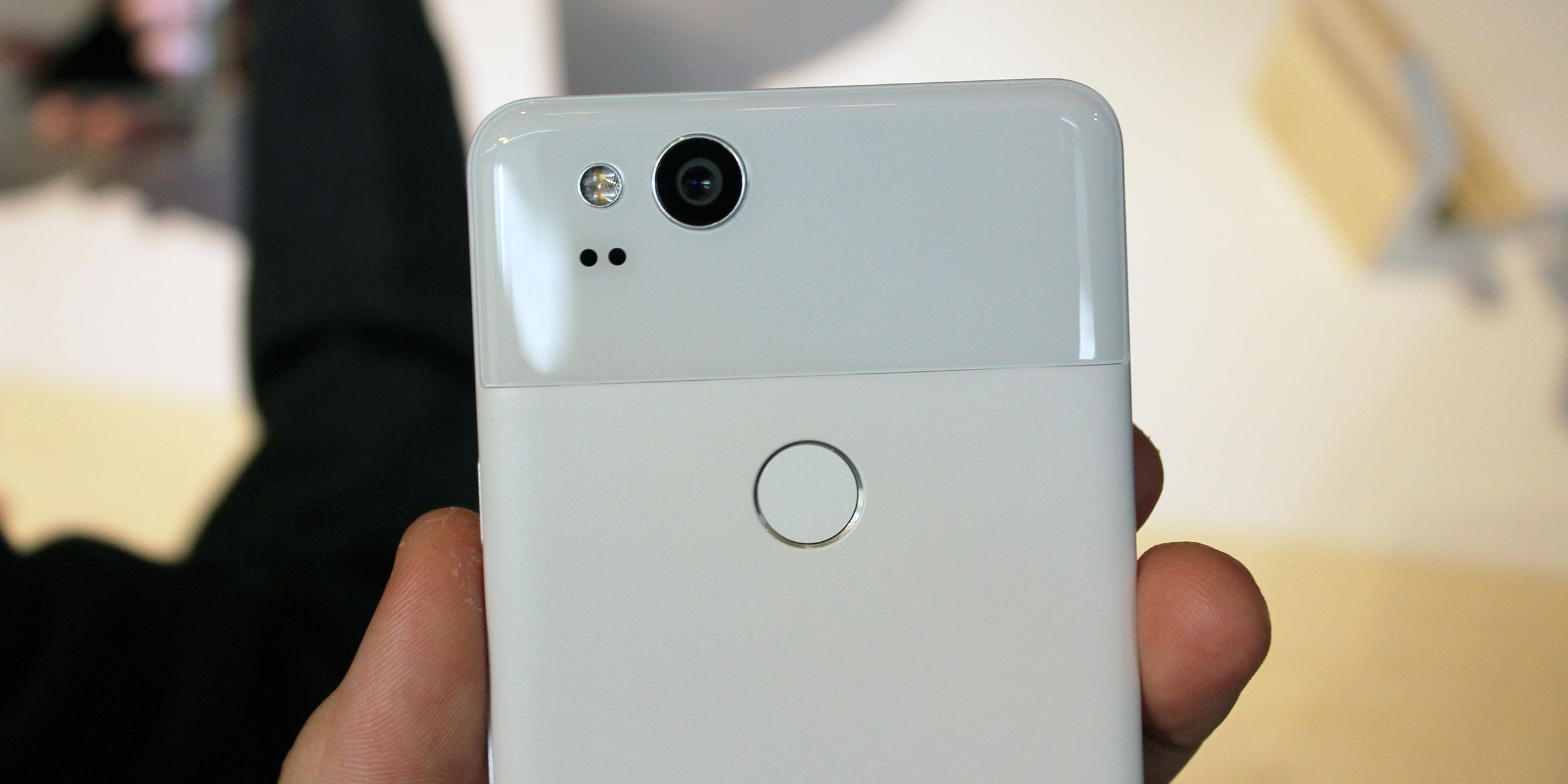 The vibration motor jumps up from average to slightly above average with the new Pixels, in my book. They still haven’t caught up with the iPhone 6s from 3 years ago. That’s disappointing, and I wish more reviewers would talk about this. The 2 XL doesn’t have the same motor as the V30.

I wasn’t really a fan of the squeezable frame features we saw on the HTC phones earlier this year, but Google kept things simple with the frame on the new Pixels. You squeeze the frame of the device to activate the Assistant. You can change the sensitivity. It’s fine, if not slightly annoying when activated on accident. I’ll have more thoughts in my full review.

Yep, there’s no headphone jack. I say you should get over it. We’re not going back. It’s nice to see that Google is trying to keep up with Apple’s innovations in this area by making the pairing process for their new Google Pixel Buds way better — open up the case, and tap a button.

In something of a compromise, the new Pixels have front-firing speakers. If you want volume, it seems like the Pixel 2 (not XL) is the way to go. But the LG-made XL 2 definitely had the higher-quality speakers despite not being able to get as loud.

Google revamped some things on the software side with the Pixel 2 and 2 XL. The Google search bar is now on the bottom of the launcher and the launcher also has a new calendar events widget up top. But overall, the feel and features are pretty much on par with last year’s release. This is Oreo at its best — just base Android with some useful features and great apps built on top. There are also some pretty new wallpapers, which you can see in the video above. 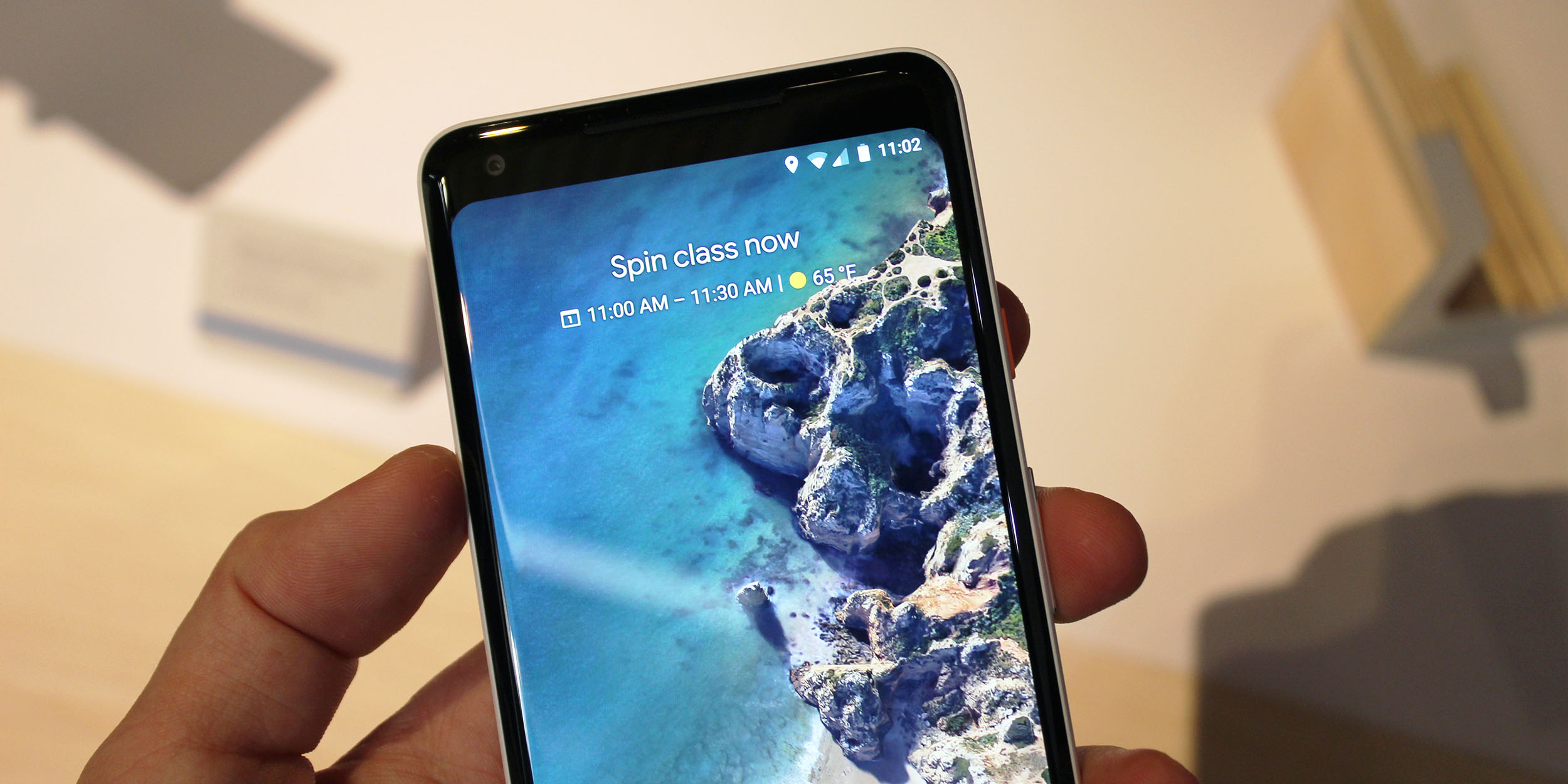 My favorite new features are the always-listening music recognition (which we tested out in a loud room, and it worked great!), and the addition of an always-on display that you can double-tap to wake. I love that, and it was something I missed with the first Pixel.

There’s a lot that I have to say about these phones that I’m going to save for our full review, but the gist is this: they’re an unusual and imperfect evolution of the smartphone design vision that Google introduced last year. And to me, that’s fine. The Pixel 2 XL’s design is what the smaller Pixel should have been, but it’s not really a big deal that it’s not — at least not to those that have gotten used to big phones. Both devices seem like they’re just good.

Obviously this is all just my first thoughts, but we’ll be spending more time with the phones in the coming weeks and months leading up to their launch. Stay tuned at 9to5Google for that coverage and more.