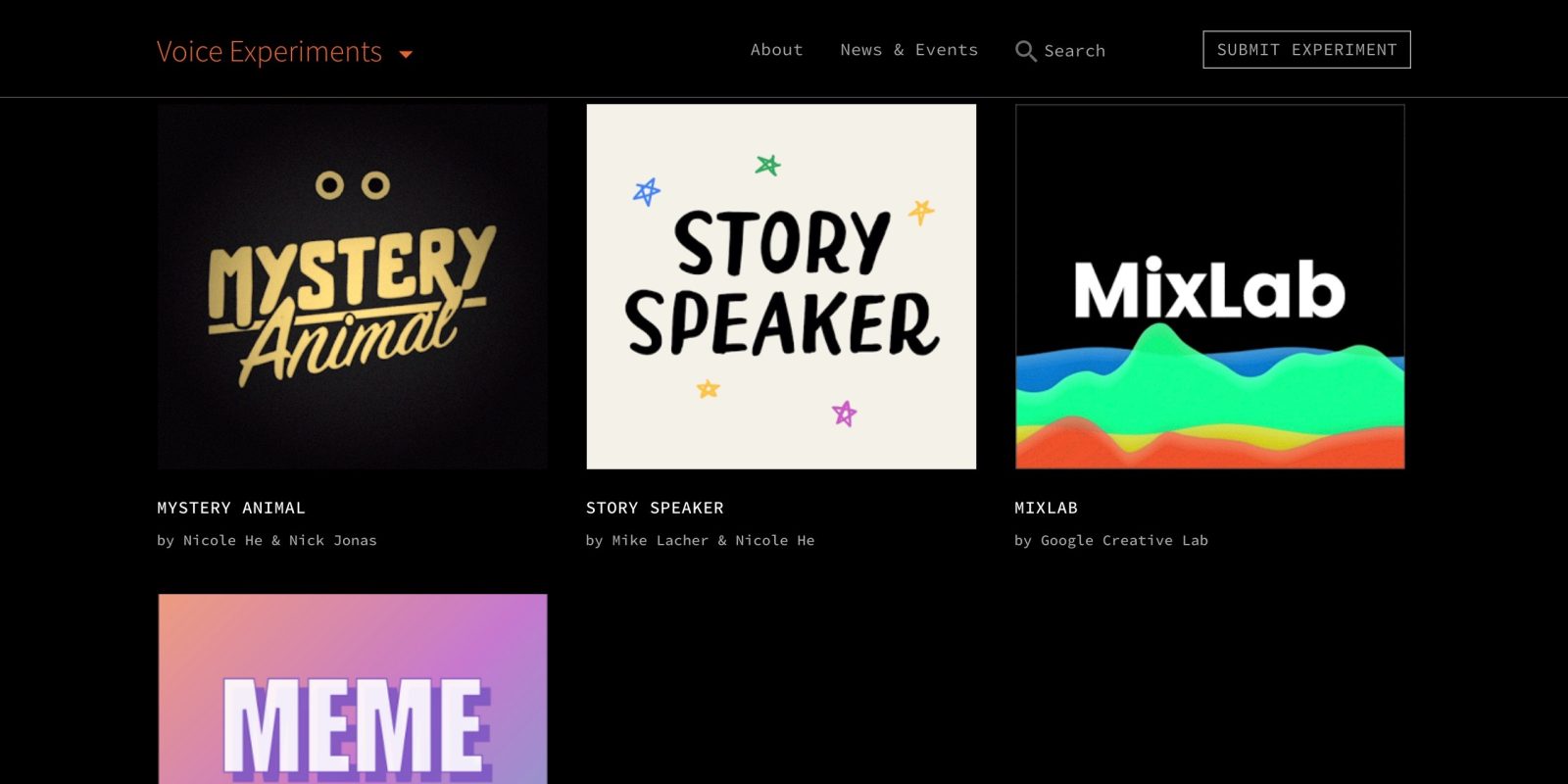 Google likes to highlight what it calls “Experiments” from third-party developers that leverage Chrome, Android, AI, or virtual reality. The site is today adding a new category called “Voice Experiments” that showcases conversations applied to games and storytelling on platforms like Google Home.

Conversation and verbal interaction has been a push at the company since the launch of Google Home and its voice-based Assistant. Google describes Voice Experiments as “what’s possible when you bring open-ended, natural conversation into games, music, storytelling, and more.”

The site is currently showcasing four apps built with tools like Actions on Google, Dialogflow, and Speech Synthesis API:

Google notes that it’s easier than ever for developers to create voice interactive apps. Users can demo these experiments through Google Assistant on both phones and speakers. Additionally, many of them work through a browser on the web.

Like the other experiment categories, Google is taking submissions to be featured on the site.