Review: Incipio’s ‘Made for Google’ cases are a perfect match for the Pixel 2 & Pixel 2 XL 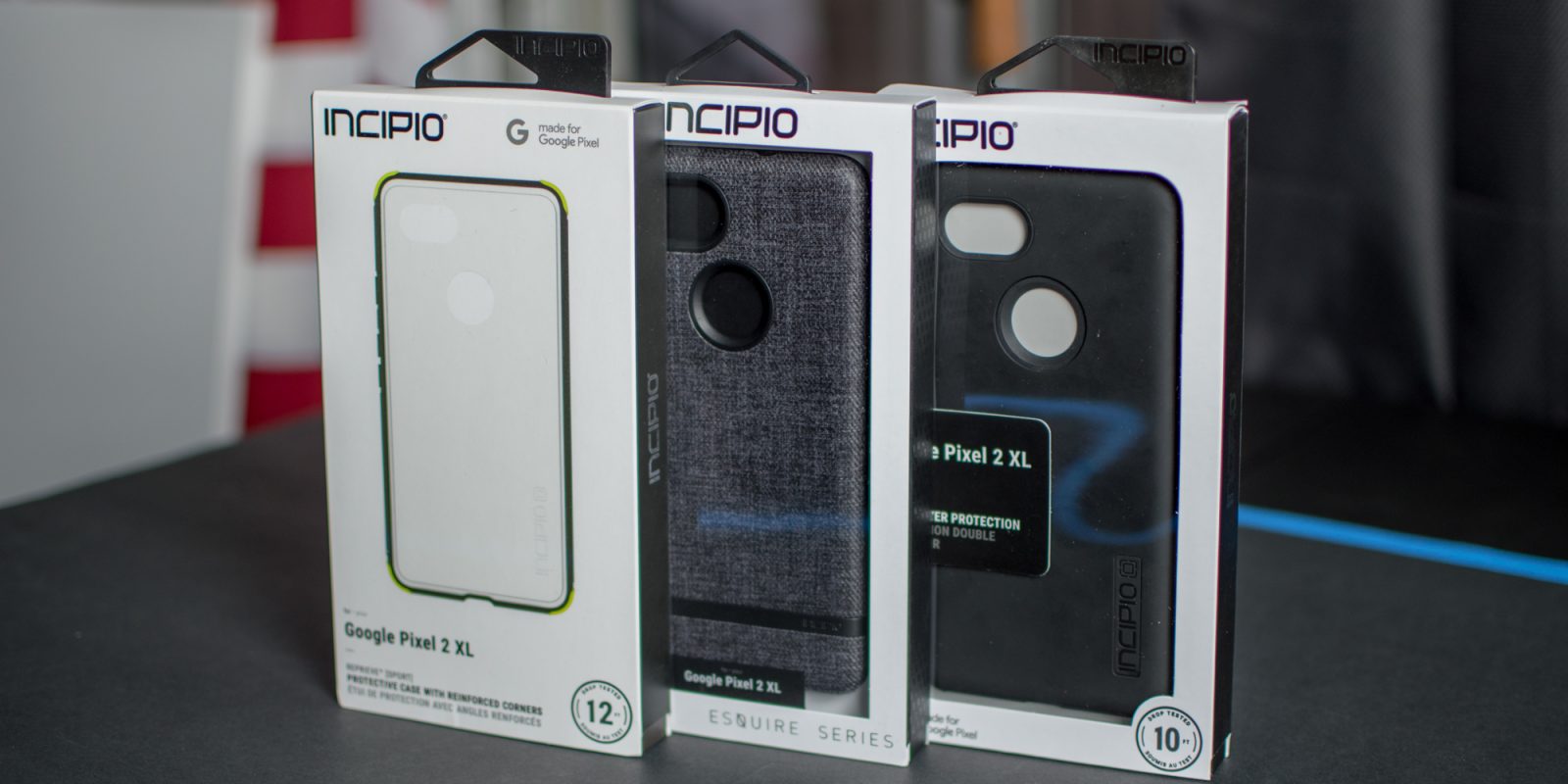 There are a lot of cases on the market right now for the Pixel 2 and Pixel 2 XL, with some of the best being a part of the Made for Google accessory program. But when it comes to the very best as far as looks, feel, and function, Incipio’s collection of cases are some of the best. Here are our favorites…

Out of all three cases on this list, Incipio’s DualPro Series is probably my favorite. It features a soft, flexible TPU inner casing that covers the entire Pixel 2 and a tough outer shell that encases most of the edges and all four corners. The shell itself has a soft-touch coating that makes it feel great in hand, but it does attract grease and oils from your hands.

With the case on, you have a decently sized cutout for the USB-C port and the button tactility is fantastic. It does add a bit of thickness to the Pixel 2, but I actually prefer it to the thinness of the handset on its own.

As far as protection is concerned, the case does add a bit of a lip over the display, but not enough where I would trust it sitting face down on uneven surfaces. Incipio also claims that it has dropped tested the DualPro Series and it should protect the Pixel 2 from drops from a maximum height of 10 feet.

If you’re interested in the DualPro Series case for your Pixel 2, it comes in Black, Gunmetal, Iridescent Red, Merlot (purple), and Navy.

Now if you’re looking for something to enhance the look of your Pixel 2, Incipio’s Esquire Series case is arguably the best-looking case. The construction is a pretty simple TPU frame with a bit of polymer inside to add protection from drops.

What makes this case stand out, though, is the back design. Covering the entire rear and a portion of the edges is a cotton cloth material. This not only makes the case look beautiful but also adds a comfortable feel in hand.

The Esquire Series case for the Pixel 2 is available in Gray (pictured below) and Blue.

While in other case reviews I have voiced a negative opinion about cases with clear/see-through backs, the Reprieve [Sport] 2.0 has changed my mind. This case features a soft rubbery feeling bumper, an added layer of shock absorbing material on the corners, and a hard polycarbonate backing.

The see-through backing does pick up fingerprints just like any clear case, but the scratch-resistant material feels premium in hand and isn’t cloudy at all.

One of the best aspects of the case, though, is the edge. The soft TPU material has a grippy design that gives you confidence when holding the Pixel 2. As far as button tactility, I would say it’s just a step behind the DualPro. Also, the Reprieve [Sport] 2.0 adds the least amount of thickness to the handset while also protecting it from drops from 12 feet or less.

If you’re interested in the Reprieve [Sport] 2.0 Series case for your Pixel 2, it comes in Black, Blue, Coral, and Volt (pictured below).

Purchase the Incipio Reprieve [Sport] 2.0 Series case made for the Pixel 2 for $40 |

Purchase the Incipio Reprieve [Sport] 2.0 Series case made for the Pixel 2 XL for $40 |

CHECK OUT OTHER MADE FOR GOOGLE PRODUCTS |