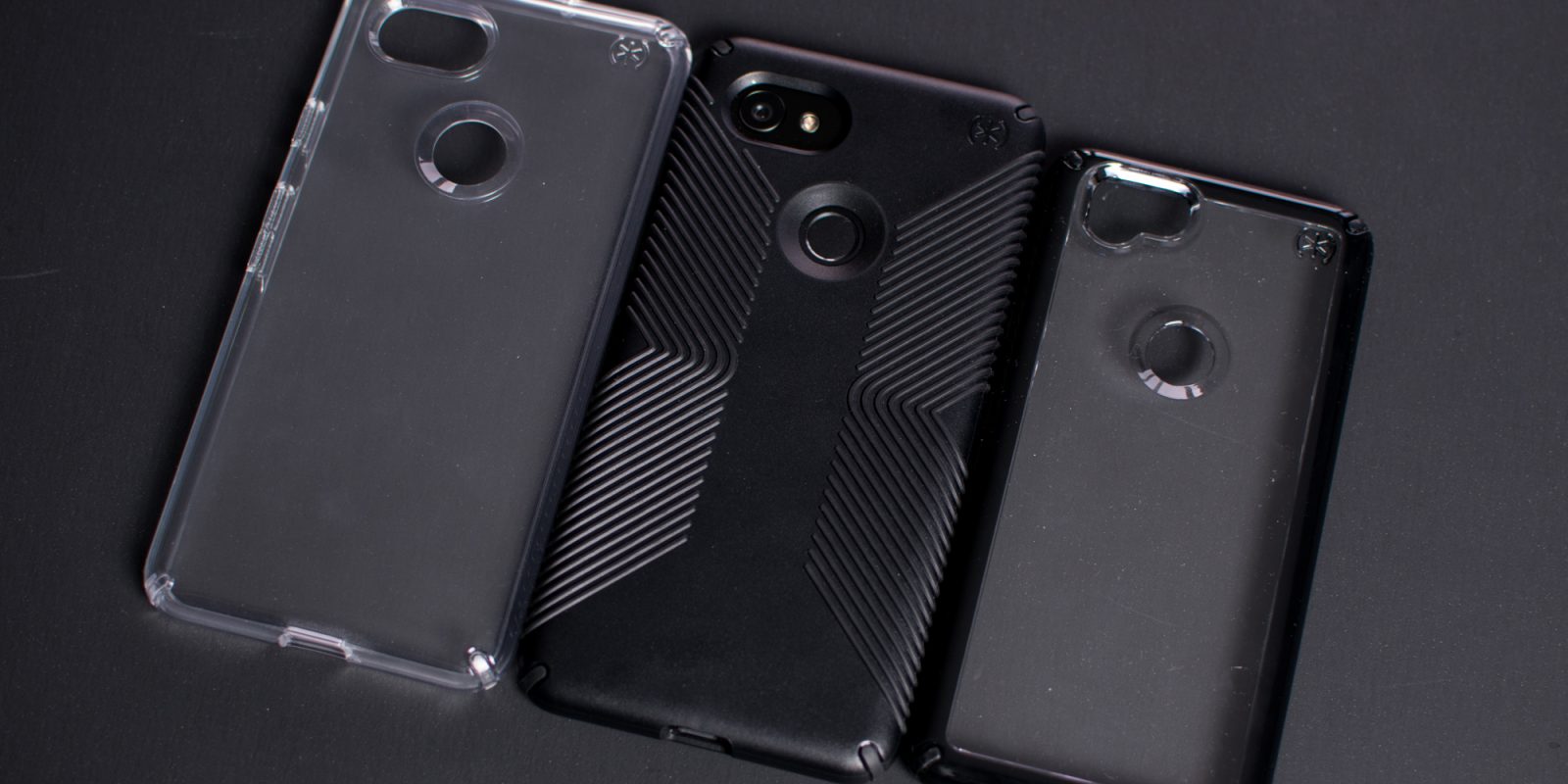 When looking at case options for your new Pixel 2, it’s always ideal to find something that is a mix of drop protection and style, and is a part of the Made for Google program. Thankfully, Speck has made three different Presidio cases that provide protection from 10-foot drops and come in distinct styles to match your personal taste…

Speck’s first Made for Google case option is the Presidio Grip. This choice is made out of a single piece of TPU which has a squishy interior to protect from drops and a hard exterior shell. As its name implies, the case has rubber ridges around the outside of the case to make it easier to grip.

Putting the Pixel 2 into the Presidio Grip is pretty straightforward as the soft plastic easily conforms to the handset. What’s nice is that the lip of the case fully covers the display so that the glass is not touching the ground if placed screen-side. This is also the best out of all three Speck cases as far as button response is concerned.

Overall, this is my favorite of all three Presidio cases. It provides complete protection from most forms of accidental damage, feels great in hand, and doesn’t add much bulk to the Pixel 2. If the black color isn’t for you, Speck does offer variants in pink with glitter, graphite grey/charcoal grey, eclipse blue/carbon black, and surf teal/Mykonos blue.

Also, in the case of all three of these Speck Presidio cases, the Pixel 2’s Active Edge functionality isn’t hindered in the least.

If you’re looking for a case that protects your Pixel 2 while also letting the handset’s design shine, you might be interested in the Presidio Clear. This case, which is completely clear, is also built out of a single piece of TPU but does not offer the improved drop protection material found inside the Grip and Show.

The case’s material is pretty hard so while it’ll be a little tougher to get your Pixel into it, Speck says it can withstand drops from as high as 8 feet.

Compared to the Grip, this Speck case has stiffer buttons than I would personally prefer. Over time and with regular use, though, these could loosen up a bit. But what won’t change, according to Speck, is the see-through nature of the case. According to the manufacturer, the Clear is protected from UV rays, which should help keep it from yellowing down the line.

The Speck Presidio Show is basically a combination of the two above cases, offering the drop protection found in the Grip and the see-through aspect of the Clear. As you can see in the photos below, the Show features a black edge which houses the shock absorbent plastic material while the backing remains clear, allowing you to see the Pixel 2’s design.

As far as feel in hand is concerned, the Show feels similar to the Clear in that it is built out of a single hard piece of TPU that can be slippery at times. Thankfully, the buttons are more responsive than the Clear’s, but still not as much as the Grip’s.

CHECK OUT OTHER MADE FOR GOOGLE PRODUCTS:

Google Pixel 2 XL Made for Google