Smartphones were probably one of the tops gifts this week at Christmas, and it’s been a good year to gift a phone with tons of great options available. Between the Note 8, Pixel 2, and Apple’s latest crop of iPhones, there are a ton of good phones on the market. However, in an interesting turn of events, it seems that Google actually won the weekend, at least in terms of a boost in sales.

This is undoubtedly thanks to the various promotions that were available on the market over the past few weeks, including credits up to $300 from Verizon and various other promotions from Google, Best Buy, Project Fi, and more.

It’s likely this strong performance by the Pixel 2 can be attributed to great promotions offered by carriers like Verizon and retailers like Best Buy, who both offered the purchase of a new Pixel 2 for under $15 per month. Additionally, Google offered a $100 Fi service credit with the activation of a Pixel XL, Pixel 2 or Pixel 2 XL from Project Fi, a phone plan from Google. 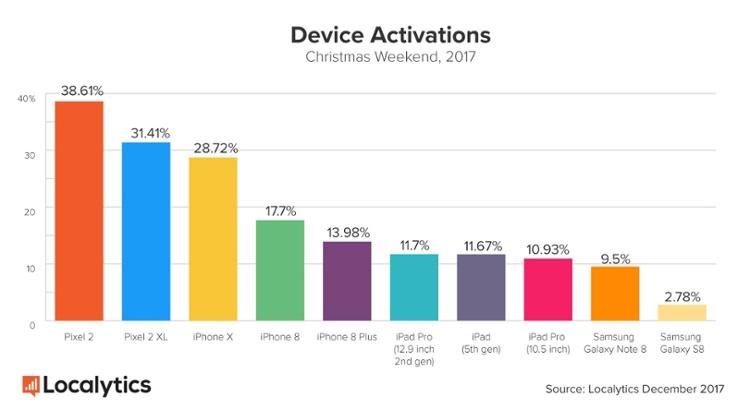