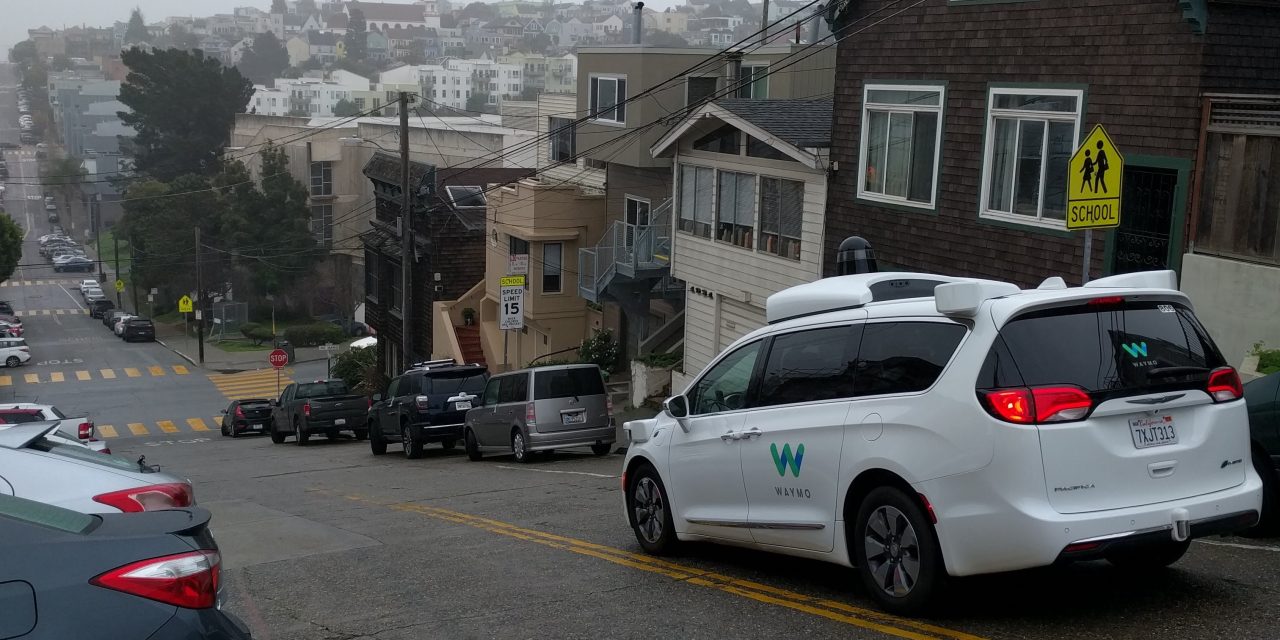 Waymo made great strides throughout 2017 that culminated with the announcement that a public ride service is coming soon to Phoenix. Now, Alphabet’s self-driving division is returning to San Francisco to test its autonomous Chrysler Pacifica vehicles.

As spotted by TechCrunch, the electric minivan introduced in late 2016 is now being tested in San Francisco. Waymo confirmed the sighting, noting that it was “one of the first cities where we tested our self-driving cars, dating back to 2009”

Alphabet specifically wants to test the vehicles on “the hilly and foggy streets of San Francisco” as part of training the vehicles for different terrains, climates, and environments. That environment is a notable contrast to Arizona’s dry and flat terrain, with other testing occurring on Michigan’s snowy roads.

San Francisco was one of the first cities where we tested our self-driving cars, dating back to 2009 when we traveled everything from Lombard Street to the Golden Gate Bridge. Now that we have the world’s first fleet of fully self-driving cars running in Arizona, the hilly and foggy streets of San Francisco will give our cars even more practice in different terrains and environments.

It also exposes the vehicles to different traffic patterns, which complement its “Carcraft” simulation software where billions of virtual miles have been traveled. For comparison, the fleet physically traveled 4 million miles as of late December 2017.