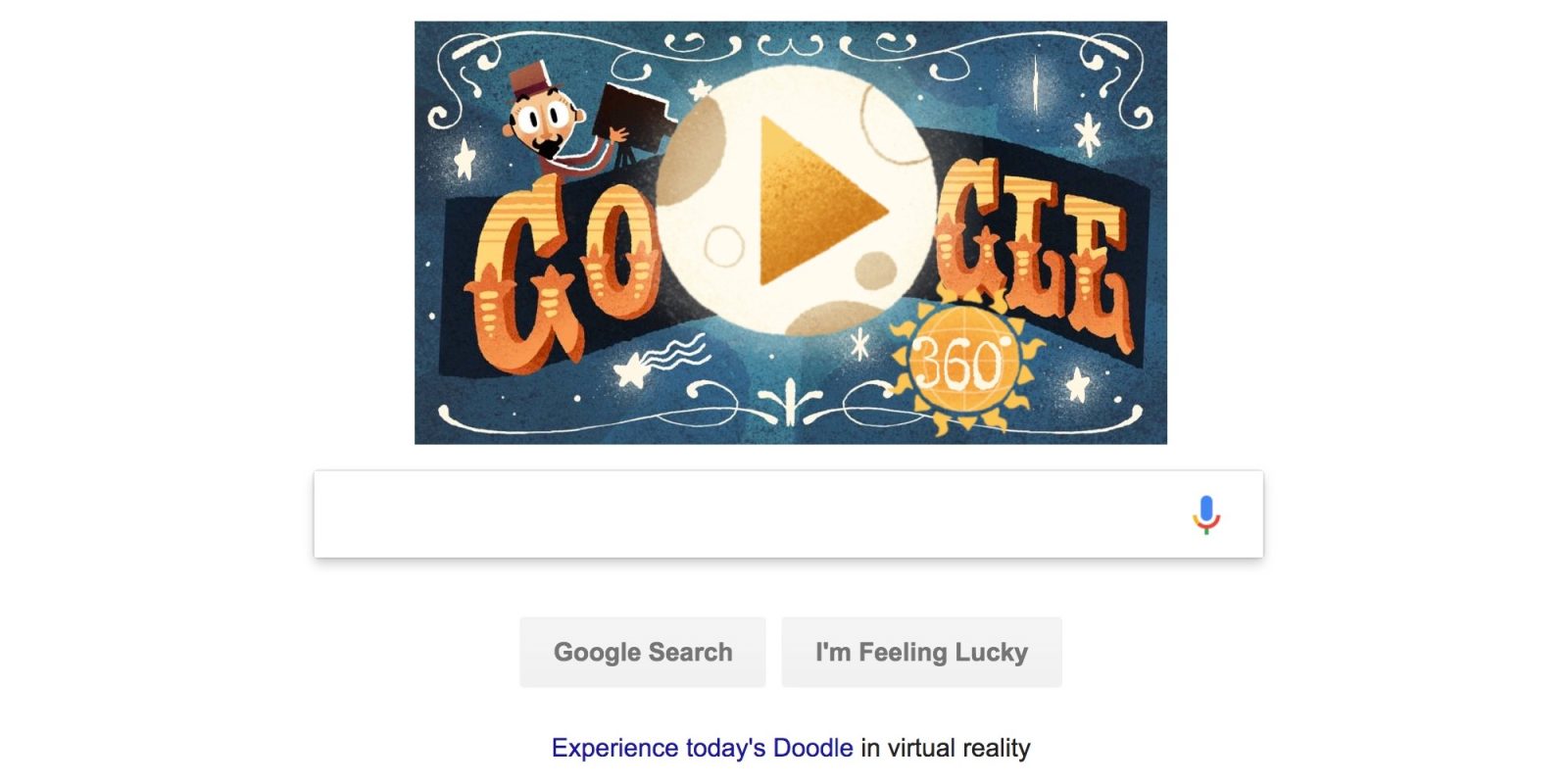 Google Doodles are remarkably emblematic of the company’s whimsical nature and serve as an important, perpetual marker of an event or person. Today’s animation does both, celebrating the 1913 release of director George Méliès’ masterpiece The Conquest of the Pole. Google appropriately marked the occasion with its first-ever VR-enabled and 360° video Doodle.

The French visionary was known for innovating early movies right as cinema was undergoing rapid advancements due to the advent of technology in the early 20th century. His technical and narrative advancements — like stop motion, slow motion, dissolves, fade-outs, superimpositions, and double exposures — are still in use today.

An illusionist before he was a filmmaker, Méliès discovered and exploited basic camera techniques to transport viewers into magical worlds and zany stories. He saw film and cameras as more than just tools to capture images, he saw them as vehicles to transport and truly immerse people into a story.

Known for 1902’s A Trip to the Moon and The Impossible Voyage in 1904, today’s Back to the Moon Doodle video features a number of his best works.

A charming illusionist, an adventurous queen of hearts and an evil green man journey through early cinema, film magic and love.

This effort was a joint collaboration between the Google Doodle, Spotlight Stories, and Arts & Culture teams internally, as well as the Cinémathèque Française and Nexus Studios.

In addition to being available on Google.com and Chrome’s New Tab page, the two-minute video can also be explored through the Spotlight Stories app on Android and iOS, as well as Cardboard, Daydream, Steam, and Viveport. On the homepage, Google is giving a special nod to this Doodle by featuring it for 48 hours instead of the traditional 24.