Fuchsia Friday: Where is Fuchsia at Google I/O 2018? 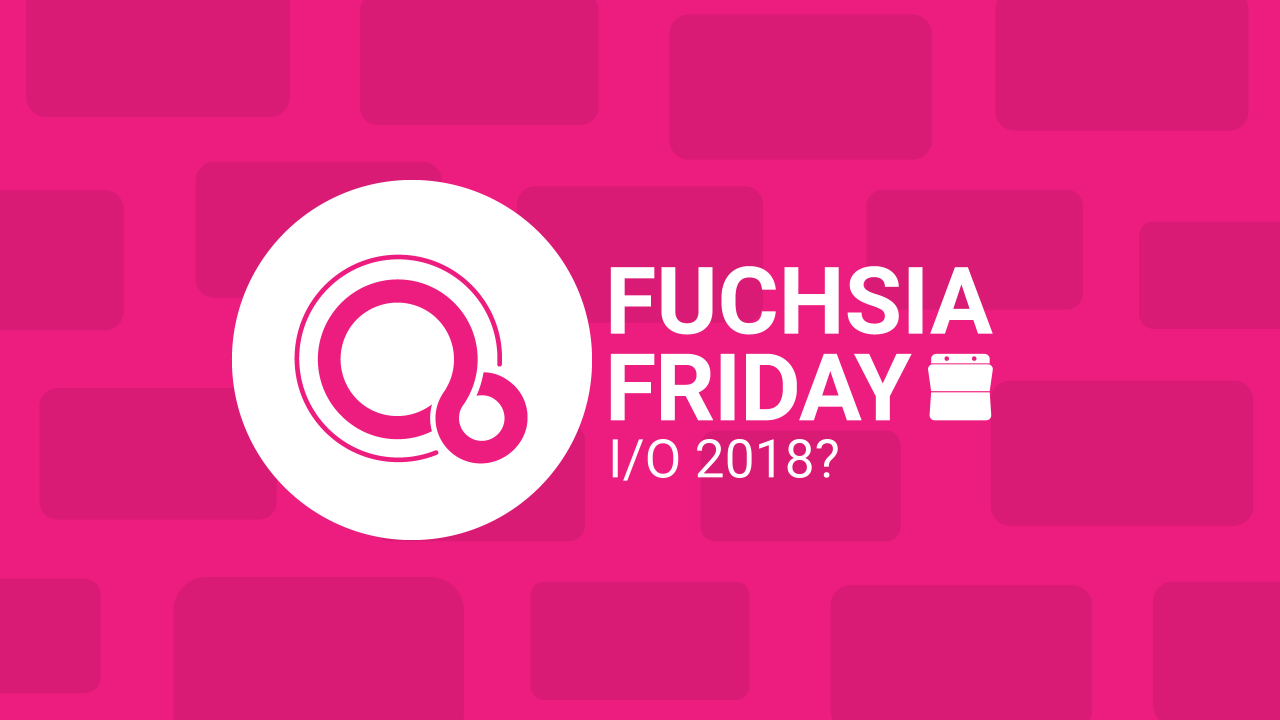 With I/O just around the corner, many are left wondering why Fuchsia doesn’t seem to be present. While that does, at first, seem to be the case, the truth is a little more complicated.

So then, where is Fuchsia? The short answer is Flutter.

Flutter, if you’re not familiar, is Google’s new cross-platform app development kit, designed to work natively on both Android and iOS. Earlier this year at MWC, Flutter moved out of alpha phase and into beta testing.

This ties into Fuchsia because Flutter is also the primary way to make apps for the in-development OS. We even demonstrated previously in Fuchsia Friday that an app made for Android with Flutter can work on Fuchsia with little to no changes required.

At I/O 2018 there are 11 Flutter events on the schedule, including 6 Sessions. Each of these is designed to show off the advantages of Flutter, with strong emphasis on how accessible Material Design is in the framework. There’s one Session that stands out among the rest, though.

On Wednesday, there’s a Session called Code beautiful UI with Flutter and Material Design, which on the surface doesn’t seem special. However, one of the speakers, Mary Xia, is a member of the Fuchsia Team. To the best of our knowledge, she’s the only speaker from the team at this year’s I/O.

I don’t believe that this Session will talk about Fuchsia, but it further solidifies my theory of Google’s strategy going forward. Get developers comfortable with Flutter today so that the learning curve isn’t so steep when learning the differences that Fuchsia introduces. To this end, Google has just today launched a free Flutter course on Udacity also taught by Mary Xia.

So while Fuchsia may not truly be at I/O 2018, its precursor is heralding the arrival. There’s also a chance that, like last year, Fuchsia may get mentioned at an event scheduled for something else. Needless to say I’ll personally be watching every event very closely.

Be sure to check out our roundup of what to expect at I/O 2018, and stay tuned to 9to5Google all next week as our team covers every juicy detail.