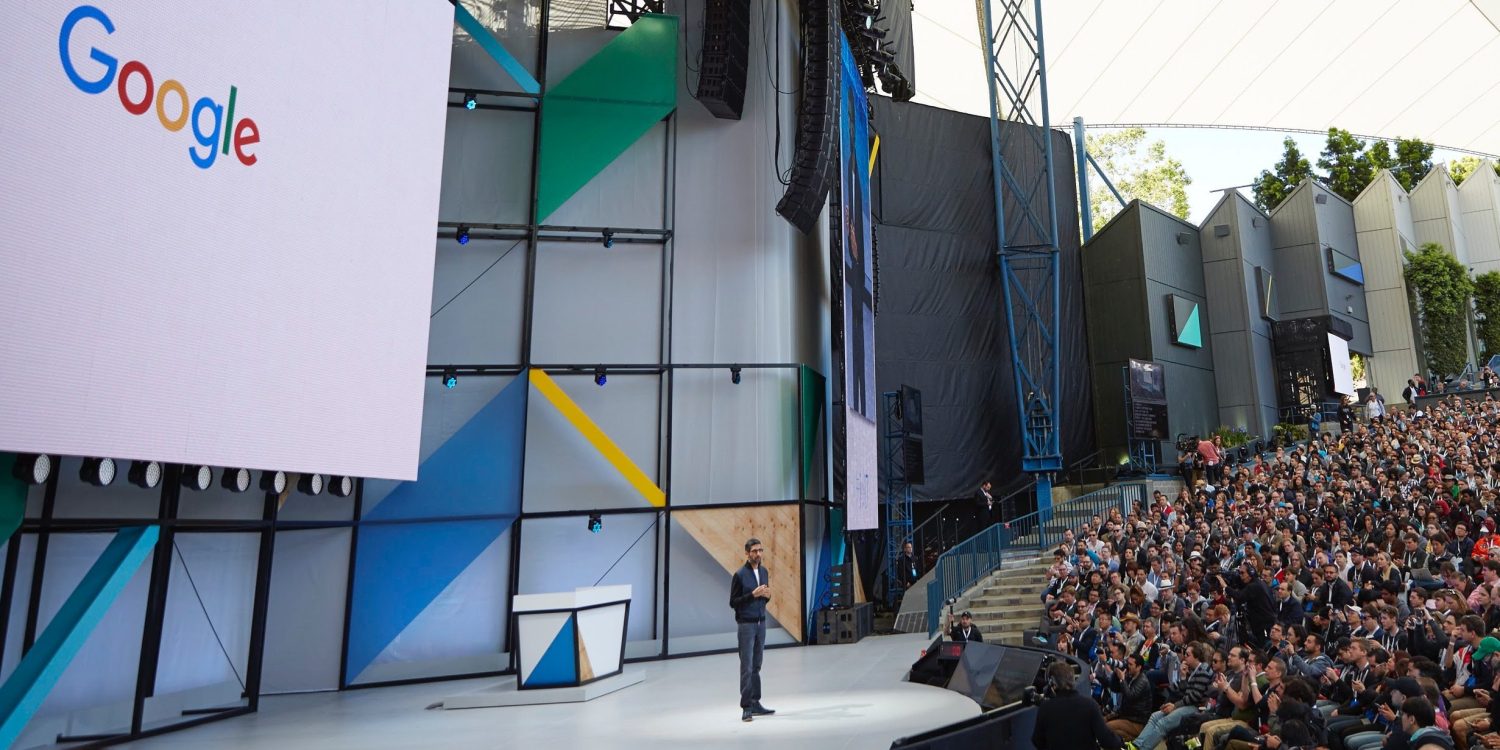 Another year, another Google I/O. This year, we’re headed back to the Shoreline Amphitheatre in Mountain View, California, to hear and see yet again what Google has in store for developers (and the rest of us!). But as is the case every year, we’re not entirely in the dark on what kinds of announcements and products we’ll see on the Shoreline stage, so let’s take a quick tour through some of the most obvious — and not-so-obvious — expectations we have for this year.

Perhaps the most obvious thing we’ll see showcased at I/O 2018 is Android P, the next installment of Google’s mobile operating system. Just like has for a few years now, Google already provided developers with the first preview of the new OS earlier this year. But the second developer preview — set for blast-off on I/O day— is usually a pretty big deal as well.

The one big visual revamp that we’re aware of that Google hasn’t shown off in any official capacity yet is the gesture-based navigation system that we first told you about in March on the Alphabet Scoop podcast, and then followed up with exclusive renders of last month.

If you need a refresher, the most obvious change with the new navigation system is that it will abandon the square ‘Recents’ button entirely. Now, you’ll swipe up on the new pill icon to access the multitasking screen which has a setup that scrolls horizontally. You’ll also be able to swipe left and right on the pill to quickly switch between apps, per our source. Basically, it’s iPhone X nav.

The thing about this revamped navigation system is that we’re not even sure if this is a system-level change that will affect all Android P devices, or if it’s a Pixel-specific change that Google might launch later this fall and then… slowly roll out to the rest of the Android devices (or not at all). There’s lots of unknowns, so we’re leaving this little feature up as a “maybe” for next week.

For the last several weeks, we’ve been tracking a new feature called “Slice” in the Google app in our APK Insights series. The latest version gives us a description of a “slice” is, as “content [that] comes from an installed app” and is somehow “related to what you’re typing.” It goes without saying that this is a developer-focused feature that seems like it could be announced and demoed at I/O.

On a likely unrelated note, there’s also a mysterious Google Assistant feature in the works that Google seems to be hiding so that it can announce it themselves. It’s codenamed “Avocado” and associated with a Calendar icon. Whatever it is, Avocado is objectively good.

On the note of a mysterious Assistant feature that we don’t know anything about, I have a hunch that this will be a common theme come next Tuesday. This is purely speculation on my part, but I feel that there are many Assistant and AI/ML features and experiments that the company is working on that it may show off this year — and maybe we’ll see the launch of some that were announced last year.

Regardless of announcements, Assistant as a developer platform will surely be a big deal again.

One theme you’ve perhaps heard a lot about is this so-called “Material Design 2”. I did a complete roundup on everything we know right now about Google’s new design refresh, and you should go check that out if you want some detailed insight on what to expect next week. The TL;DR is basically that Google’s embracing white space, bright colors, Google Sans, and rounded designs.

We’ve seen several of Google’s apps and services embrace this new look, spanning from the new Gmail to the Google I/O 2018 app to the Google app on Android. While we may already have a pretty good idea of what this new design looks like generally, I think we should expect Google to mention it in some official capacity at the conference next week and maybe share the new guidelines.

Speaking of the guidelines, another aspect of “Material Design 2” is something that more directly relates to Android. I mentioned the use of the new BottomAppBar Material component in the Google Tasks and I/O 2018 apps, and we’re told by a source familiar with the changes that many of Google’s other apps are going to adopt similar layout structures in the coming months.

Another thing that we’ve seen leak in the last couple months is a mysterious Android TV dongle manufactured by a no-name Chinese company that passed through the FCC. We don’t have any solid information on what it is or what it might be, but it’s almost surely something since it has a big ol’ G logo on it and Google presumably managed to get the FCC docs classified after it leaked.

For those curious about its internals, it has an Amilogic S905X processor with 2GB of RAM, as well as 8GB of on-board storage. Generally, it’s looking like a pretty barebones device, and it’s not much of a looker, either. So what exactly could this be? 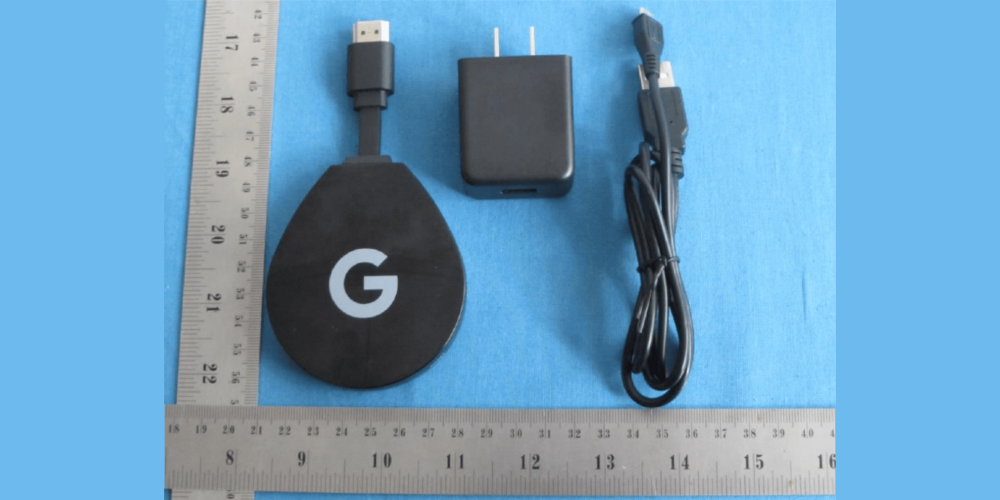 I think it’s pretty unlikely that the device will be some kind of revamped consumer offering announced at I/O, but I think it’s entirely likely that we’ll see it at next week anyway. The suggestion made by an Ausdroid editor, that this is likely an ADT-1 successor for Android TV developers, makes a lot of sense and I think I’d agree — handing these out at I/O would be suiting, indeed.

All the way back in 2016, Google rebranded its internet of things operating system with hopes to improve security and make it easier for existing Android developers to build for smart devices. Almost two years later, the company finally launched the final developer preview last month. At Google I/O next week, you can probably expect Android Things to hit 1.0.

I/O 2018 seems like an ideal place for Google to launch Android Things in front of a wide developer audience that is already versed in Android development. Meanwhile, it’s possible that we’ll get more detail about smart display availability at the event given today’s news.

For those uninitiated, the most important thing you probably need to know about Android Things is that it powers those smart displays that we saw announced at CES 2018. Things also powers some smart speakers with Google tech built-in and some others products you’ve probably never heard of. 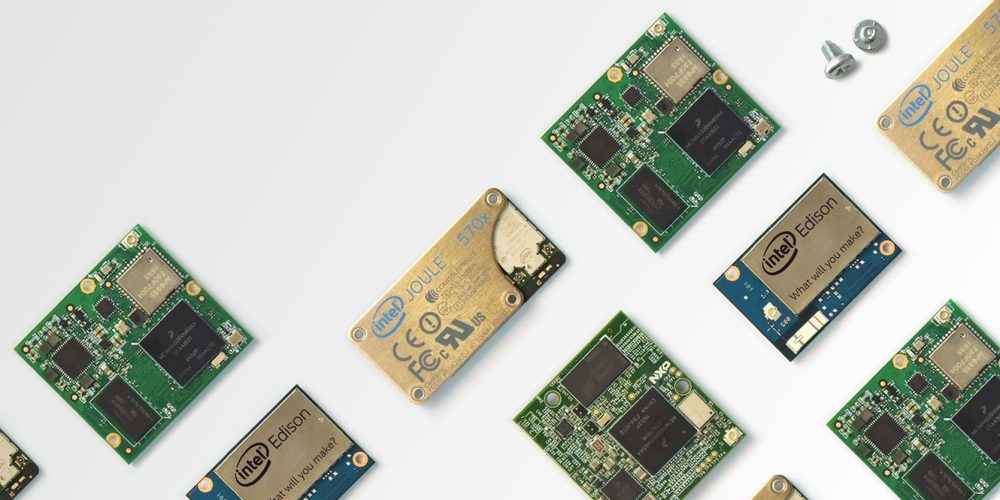 The most recent Developer Preview 8 focused on console improvements, managing apps and permissions, and Google noted at the time that its feature complete SDK meant “no more breaking API changes before the stable v1.0 release of the SDK.” That release is probably nigh.

One of the more recent things we’ve become privy to is potential happenings with Android Auto. For one, there’s vague evidence in the I/O 2018 sessions listings that some big things could be announced in Android Auto and Android Automotive (the former being the tethered app and the latter being the standalone pre-installed Android for cars — confusing indeed). 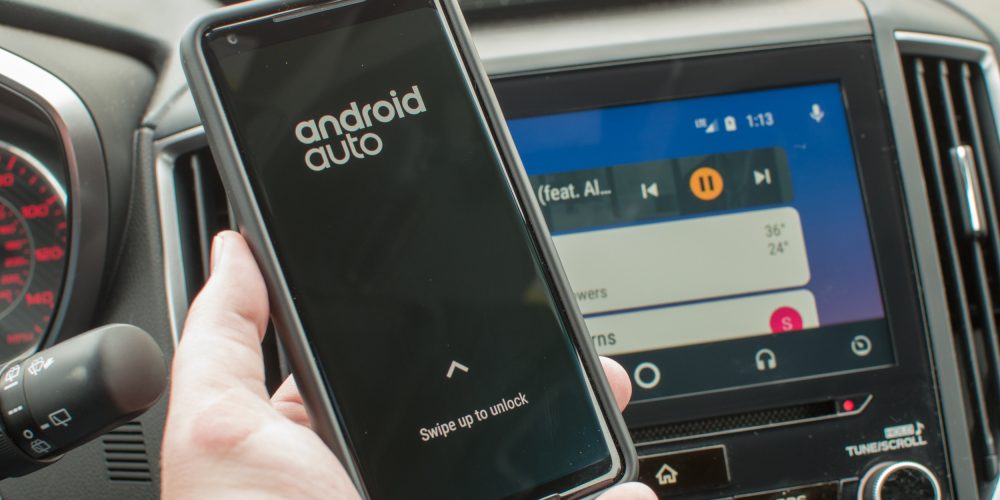 But just yesterday, we uncovered a few more details in the Google I/O 2018 app for iOS. The listing, which isn’t the same as the web version, reveals that Android Auto is set to get a “brand new media experience.” The app also notes that some of Waymo’s latest announcements, like the Jaguar I-PACE and some of its other vehicles, will also be on display at the event.

Google Photos notably launched at I/O 2015, and in the years since, it has received several important updates and received a lot of attention and stage time at Google I/O. This year, it seems Google is turning the dial up another notch for Photos, at least according to the conference agenda.

Google Photos is getting a first-ever session on day 2 of I/O.  The agenda notes that the session will “preview some existing updates to Google Photos.” That’s all we know about this so far, but it can tell us a few things. With its own session on the schedule, it seems possible that Google will add some sort of developer platform to Photos, although exactly what this would look like is a mystery for now.

We did a separate rundown on what you might expect from the Google Photos team at I/O, so go check that out.

While we wouldn’t exactly put our money on them, there are a few more things that Google might be able to surprise us with next week — and if they did, we would be ecstatic.

Gaming machine/service: Google is reportedly working on some kind of consumer-facing gaming machine and service, but it’s been several months since we heard about it last. Its current existence or lack thereof is fuzzy, so we’d guess there would have been more hints or leaks of an impending launch if Google was going to use the I/O 2018 stage to show it off.

Google Assistant smart displays: My gut tells me that there will be some Assistant Smart Displays on… display… at Google I/O 2018, but that’s just because it would make sense for Google to let devs (and us!) have more hands-on time before their impending launch in the coming months. The launch of Android Things 1.0 at I/O would correlate with this, but who knows.

YouTube Music: Google is planning to roll out a major push into the streaming space again with the new YouTube Music (which will reportedly eventually replace Google Play Music), but that’s not really that developer-related, so an I/O announcement might not make sense.

Wear OS and smartwatches?: I’ve mentioned this already, but Google is pretty clearly separating its consumer hardware announcements out to its October event. So the chances of a new smartwatch popping up are slim. But what about that newly-rebranded Wear OS by Google? Is Google going to give any time to its smartwatch platform at this I/O?

Stay tuned for coverage next week…

Be sure to tune in to this weekend’s episode of Alphabet Scoop, where Abner Li and I will be sharing an exhaustive list of our predictions on the show and the rest of our thoughts. And the big keynote kicks off almost exactly a week from time of this article’s publish — Tuesday morning!