Review: Lenovo’s Mirage Solo VR headset is fantastic, but Daydream lacks the apps to back it up 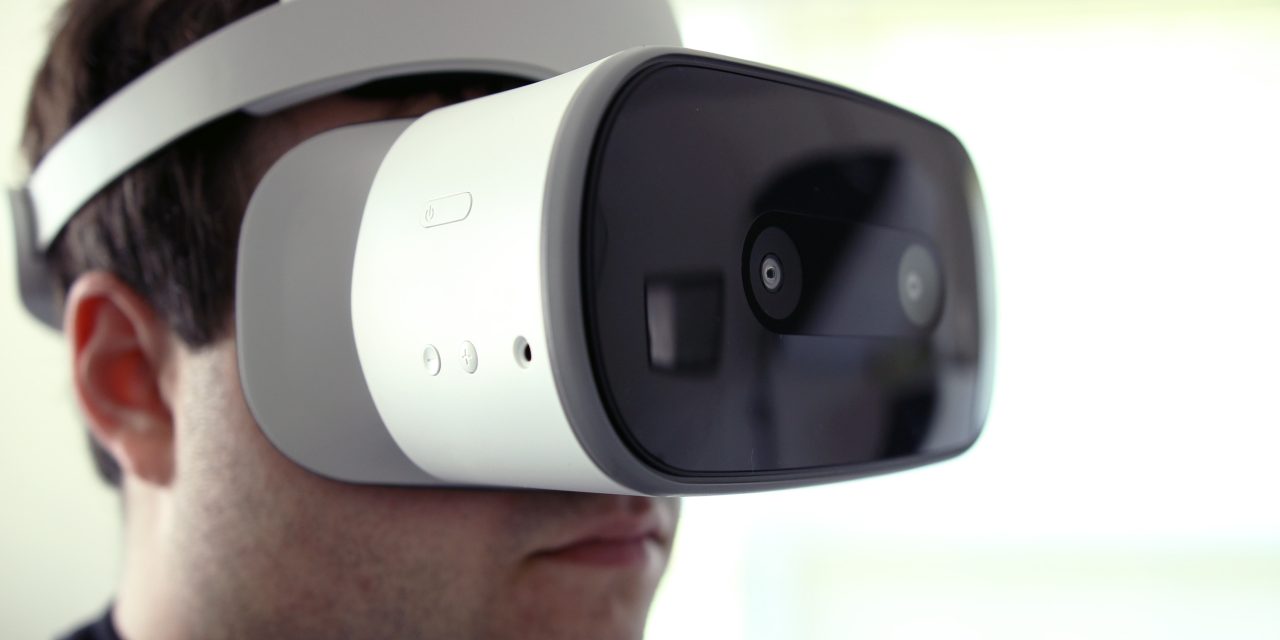 Google has been making an effort for the past couple of years to develop its take on consumer VR with Daydream. It all started with a simple headset for your phone, and now, it’s graduated to a standalone headset. Lenovo unveiled the first standalone consumer Daydream VR headset at CES earlier this year, and over the past few days, I’ve spent some time testing out the Mirage Solo. Here’s what you need to know.

Lightyears ahead of smartphone-based headsets

The appeal of the Mirage Solo is the fact that it runs completely independently of your smartphone. Instead of requiring you to download a bunch of apps, set up a headset, and pair a bunch of things, you simply power on the headset, sign in, and you’re good to go.

To do that effectively, you need good hardware, and that’s where the Mirage Solo absolutely shines. Lenovo has clearly put a lot into developing this headset, and it clearly shows. At first glance, it looks huge and uncomfortable, but the design actually makes this easily the most comfortable headset I’ve ever used. 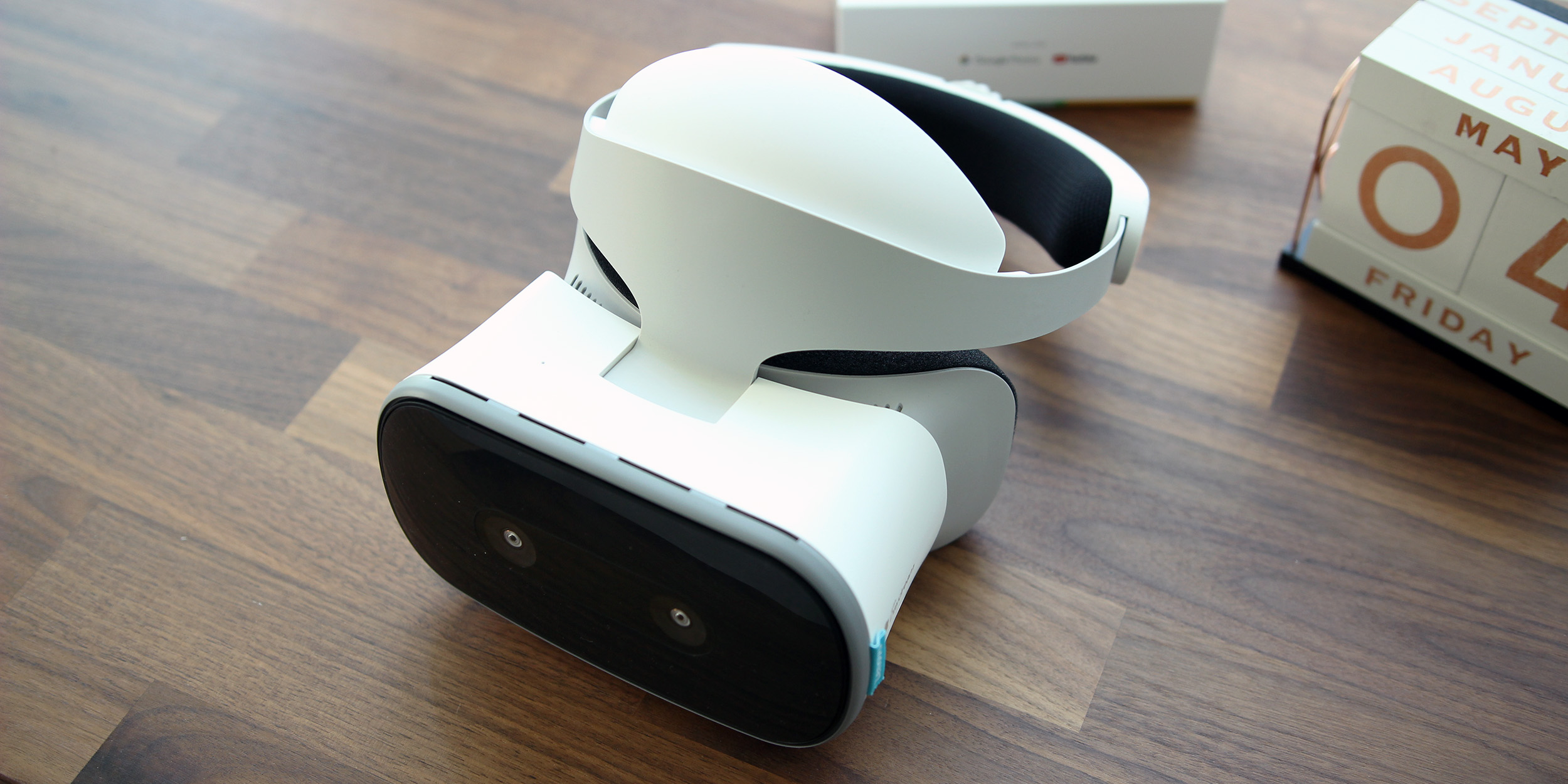 The device itself is made almost entirely from plastic, but that’s not really a bad thing to be honest.

When placing the headset on, you’ll first let it rest on your forehead, with a dial on the back of the head strap allowing you to secure the system to your face. Thanks to the padding used and how light the headset is, the weight is barely noticeable, meaning you can wear this thing for hours.

While the same might be true of high-end VR options such as the HTC Vive, this is lightyears ahead of headsets designed for smartphones. Comparing this system to the Gear VR or Google’s Daydream View is just night and day.

Buttons and ports that make sense

Of course, since this is a standalone device, all of the manual controls are built into the headset itself. Lenovo placed power and volume controls along the right side of the headset, along with the headphone jack. Underneath, there’s a button which allows you to adjust the headset’s distance from your face, and along the left side, there’s a microSD slot and a USB-C port for charging.

Finally, the back of the head strap has a physical dial which is used to tighten or loosen the headset. Because of how this dial works, I’d worry a bit about how it will hold up over time, but given Lenovo’s track record, I’d say it’ll be just fine.

Since the Mirage Solo doesn’t include a built-in audio source, Lenovo does offer a headphone jack on the side of the device. It also includes a special pair of earbuds in the box which have a cable which is just the right length to ride the gap between the headset and your ears, without slack hanging down. Of course, you can use whatever earbuds you’d like here, but the included ones are pretty decent. Sound quality is good and noise isolation is decent as well. It would have been nice to see some form of active noise cancellation to really complete the experience, but I’m just glad the headphones are included in the box. 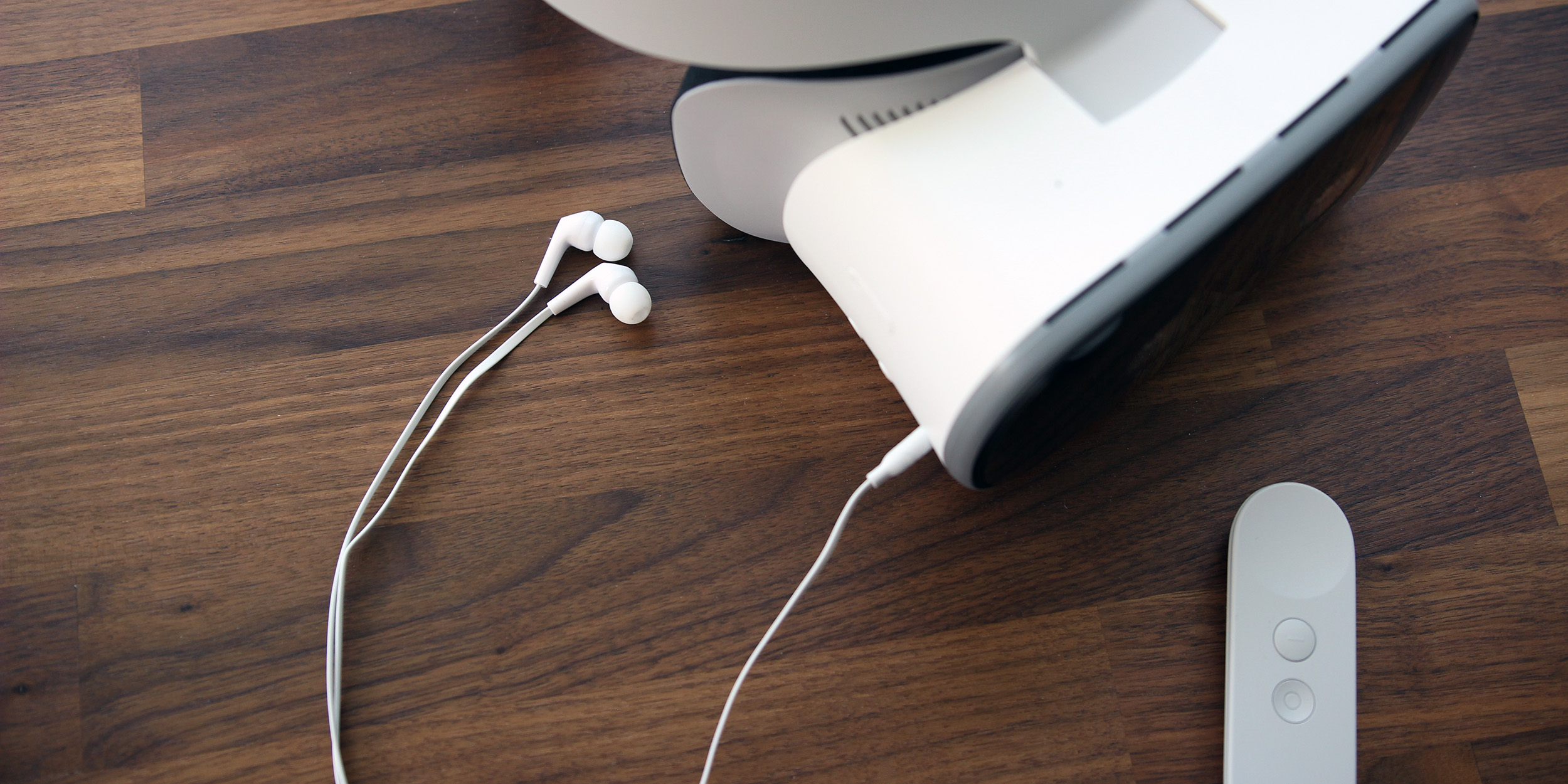 A sharp, immersive experience, but you really need to fine-tune the fit

What makes or breaks a VR experience is the display. With Lenovo’s Mirage Solo, you’re getting a pretty solid package on that front. The Mirage Solo has a 5.5-inch 1440p display inside which has a 75hz refresh rate. It’s not exactly top of the line, but the results are decent enough considering you’re still looking at what is largely a mobile VR experience. When using the headset, I never felt like things needed to be sharper, but there were some nitpicks. 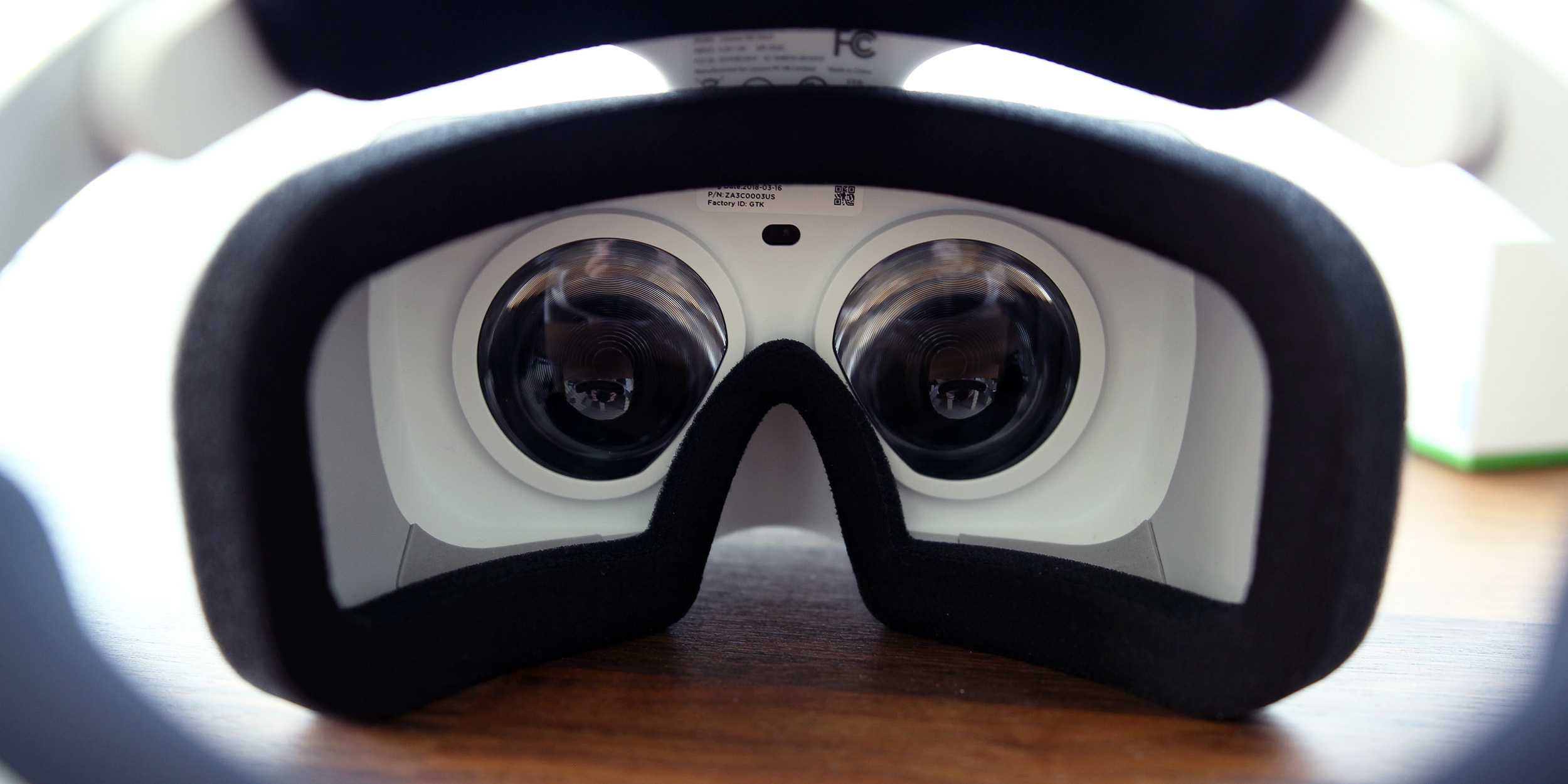 For one, you have to really fine tune the fit of this headset to get good results. When I first put the headset on and booted it up, I thought I had the right fit, but it took a few minutes of fine tuning to actually get things as sharp as they could be. It was immediately noticeable when logging into my Google account, as the letters on the keyboard were distorted. After getting the proper fit, though, things are solid. What’s unfortunate, though, is that you’ll need to go through that process pretty much every time you use the headset.

Further, the field-of-view is slightly disappointing, at least if you ask me. After 15 minutes you’ll definitely feel immersed in the world, but at first, it doesn’t feel that way at all. Instead, it can feel like you’re looking at another world through a pair of binoculars. That’s not really a fault of Lenovo, though, as it’s a common point with VR in general.

Nothing special, but it gets the job done well

An important aspect of the Daydream experience is the wireless controller, and it should come as no shock that the Mirage Solo does well here. Using what is essentially the same controller as the Daydream View, the controller shipping with the Mirage Solo works well. It pairs up automatically and charges over USB-C. While I wish it has a bit more grip and a place to store it with the headset, it works great in active usage, and I don’t have many complaints. 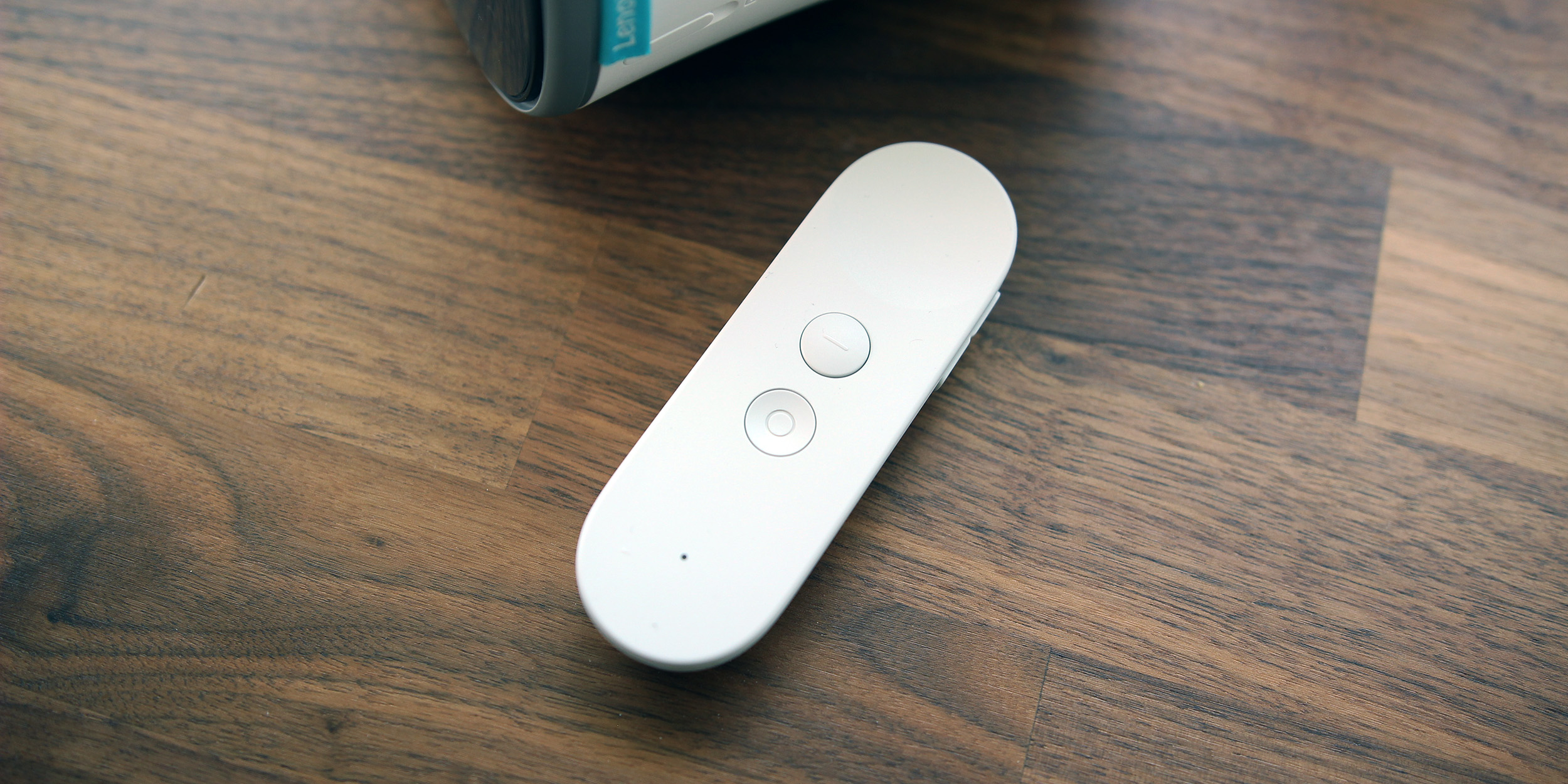 Endurance won’t blow you away, but at least your phone will still be charged

Built into the Mirage Solo is a 4,000 mAh battery. For powering the Snapdragon 835 chipset through VR, it works out pretty well. The endurance you’re getting here is far better than what you’re getting with a phone slipped into VR mode, meaning you can play games longer and even realistically watch a movie before the headset dies.

The important thing to note, though, is what it means in the grand scheme of things. When you’re using VR on your phone, regardless of which one it is, you’re eating away at your phone’s battery life the whole time. So while the claimed 2.5 hours of active usage isn’t impressive (although, pretty accurate), it’s better because it still leaves you with a fully charged smartphone.

Google’s Daydream is a good platform, but the apps just aren’t here… yet

What will really make you decide if the Solo is worthwhile, though, is the software. Google’s Daydream VR platform is honestly pretty impressive. The homescreen layout is simple and understandable, it’s easy to shop for new experiences on Google Play, and being able to cast content from the headset to your TV is nothing short of fantastic. 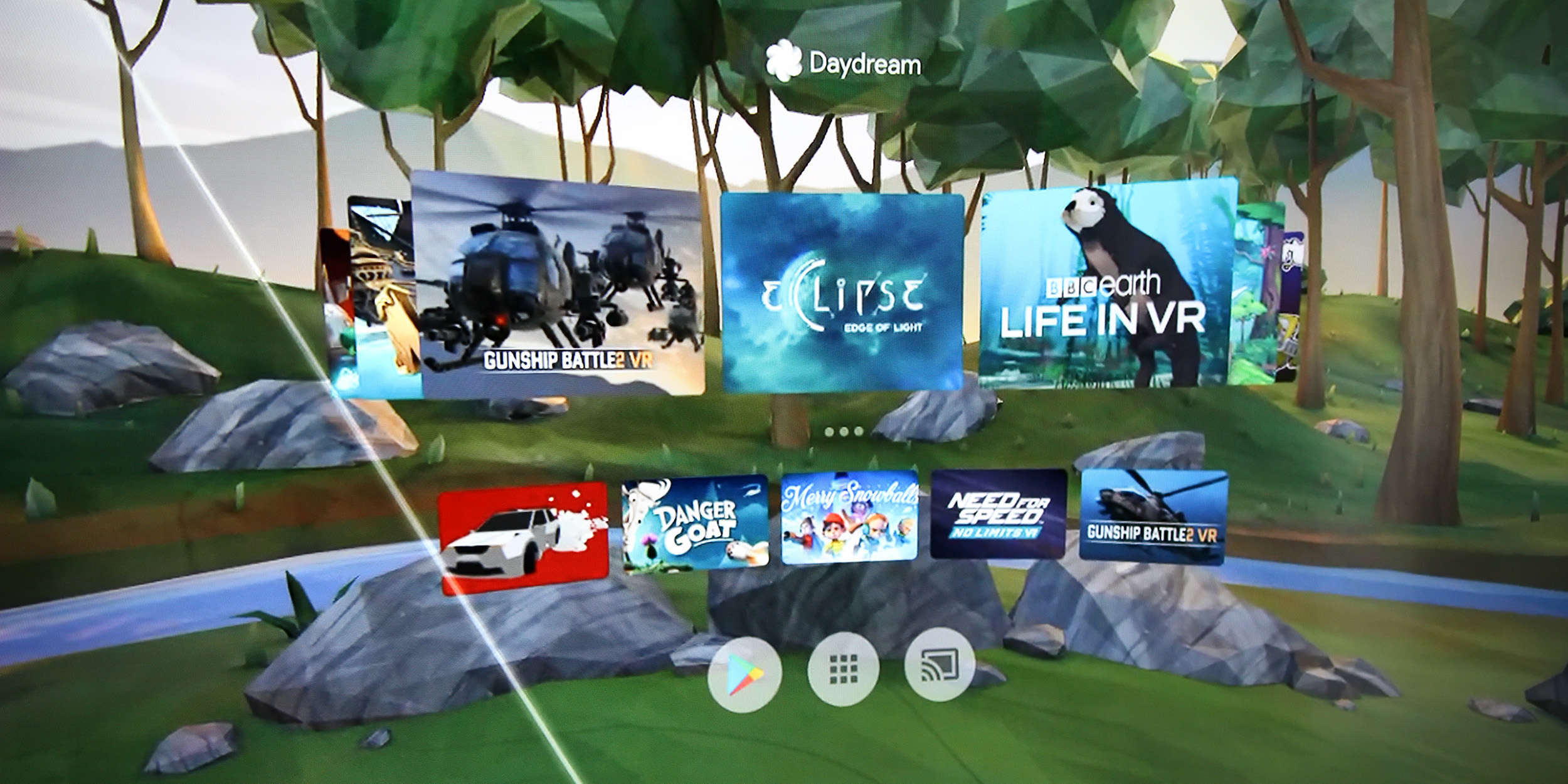 However, apps are where it falls flat. Google says there are about 250 Daydream apps currently available, and there are certainly some big highlights in there. Some of my favorites during testing included Blade Runner: Revelations, Merry Snowballs, and Need for Speed: No Limits. The thing is, though, that platforms like what you’re getting with the Gear VR or the Oculus Go give you a lot more content, and it honestly feels like all of the best stuff is still over there, at least for now.

WorldSense is incredible, but again, Daydream can’t back it up with apps yet

What really sets the Mirage Solo apart from everything else, though, is WorldSense. With smartphone-based VR headsets and even the standalone Oculus Go, you get head tracking, but that’s it. You can’t move around within the experience like you can with something like the HTC Vive. 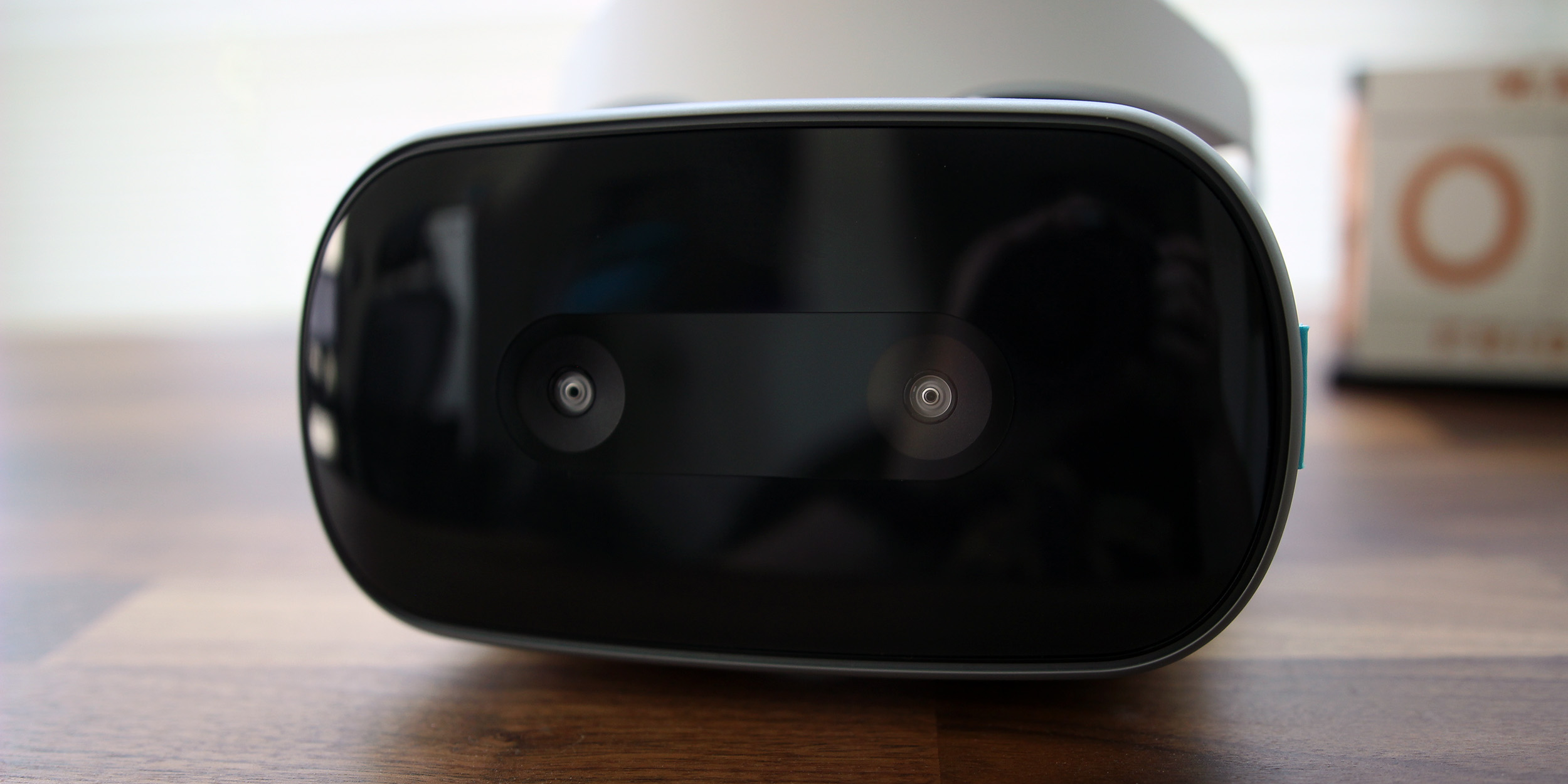 Thanks to the sensors that make up WorldSense, though, this headset can keep track of where you are in the real world, and use that data in the game. Of course, not every game actively takes advantage of that, but options like Blade Runner do so in a way that feels immersive. Best of all, it does all of this without requiring you to set up sensors around your room, because everything is built into the headset.

Being able to take a few steps around in the VR world makes it feels even more like you’re there, especially when you can bend down and look underneath something in the world. Of course, there are safety features to make sure you don’t walk too far away, such as a barrier that pauses the VR experience if you walk more than a couple of feet away from where you started.

Unfortunately, not everything takes advantage of this technology just yet. WorldSense is a gamechanger for VR if you ask me, but developers have barely scratched the surface with it. There are around 40 apps that support WorldSense, but none let you move around more than a few feet. It’d be fantastic to get experiences where you can actually walk more than a few steps ahead to have that reflected in the game, but we’re just not there yet. It’s a shame.

This is an excellent headset, but it’s expensive and Daydream limits it

From the moment I first tried the Mirage Solo back at CES, I knew it was something special. This headset has a lot to offer, but it’s severely limited in two ways. The first is the software. Google’s Daydream has the potential to be incredible, but the apps just aren’t there yet, especially when you look at what’s available with other options like the Oculus Go. After all, killer hardware like this isn’t worth much without software to back it up, just like smartphones. 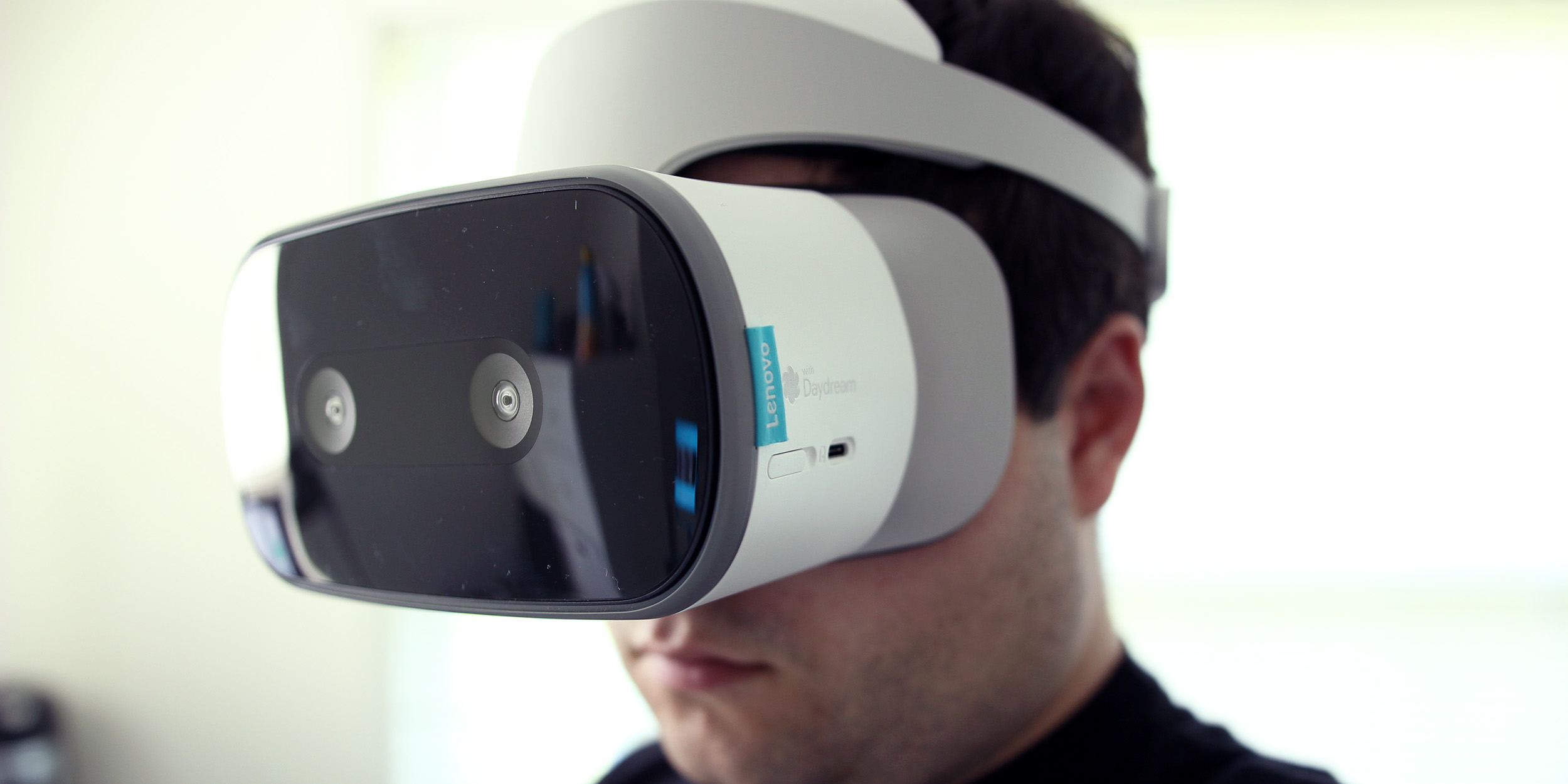 Then, there’s the price point. $399 honestly isn’t a bad price point for what you’re getting, but Lenovo wants this in the hands of the average Joe, and you just can’t do that for 4x the cost of what they could use their smartphone with, and twice the cost of something that’s arguably just as good, it becomes a hard sell.

The Mirage Solo is a great product for people who are a fan of VR, but if you’re like me and it’s just a casual thing you’ll only end up doing once in a blue moon, it’s probably not worth your time. As the culmination of Google’s Daydream project, though, the Mirage Solo holds a special spot in the VR world, and it’s something that’s going to set a baseline for future experiences, and set the stage for the next generation of Daydream development.