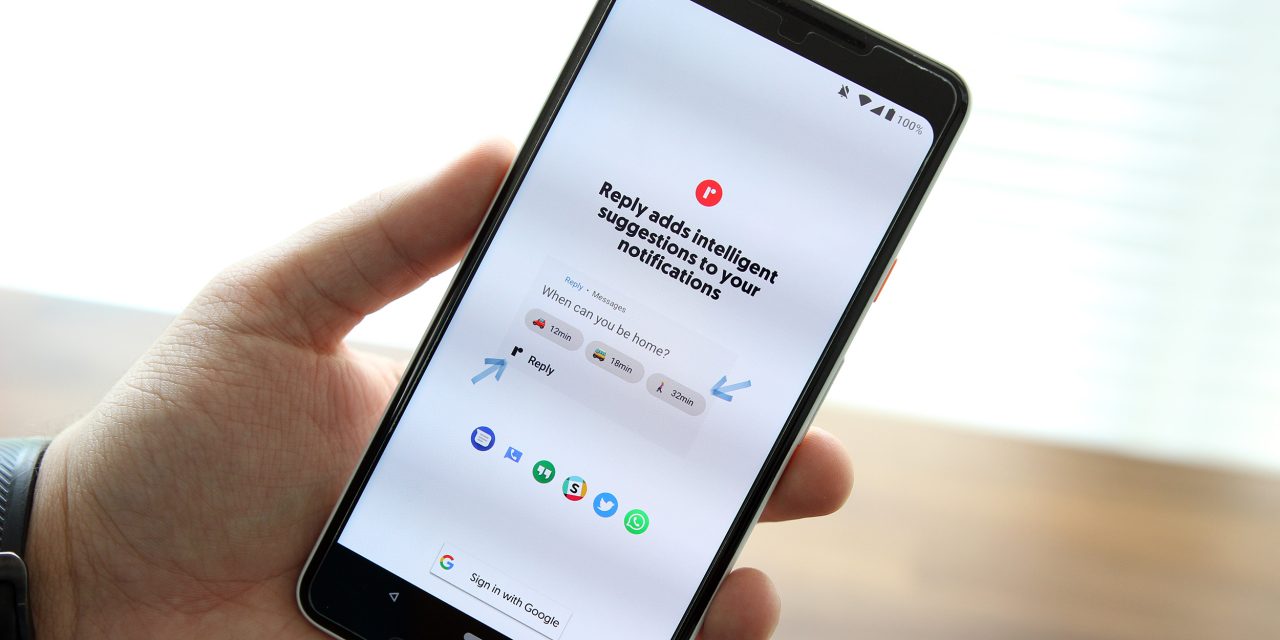 Last month, we spotted Reply working on a new smart toolbar to compliment its existing set of smart messaging response capabilities. That update is rolling out now to the beta along with a new general redesign for the app and service.

The Area 120 app remains in beta and is not yet available for the public. The first change in this version is the new red icon, along with revamped logo for the service. Meanwhile, the app — which houses various preferences — receives a slight visual redesign, but for the most part settings are located in the same place.

Speaking of which, this beta returns Automatic replies (Activity reply, Vacation responder, and Urgency) and Location suggestions after they were previously removed in the last update (1.0.187890380).

There is also a new “Clean up notifications” option where Reply removes an “app’s notifications when you open that app.” When enabling for the first time, the feature requires that users grant the “Usage access” permission in system settings.

Notifications that feature smart replies get a revamped look with the Reply-branded reply button that includes the new icon just underneath the suggested smart response chips. Tapping “Reply” brings users to a nearly full-screen interface where the notification takes up the top-third of the display and opens the keyboard for immediate text entry.

At the very bottom is a new toolbar with four options:

Interestingly, the reminder feature directly integrates with the Google app and Assistant instead of being a native Reply feature. Tapping any of those options will direct users to Google to create a reminder from that native Search interface. Meanwhile, Send to forwards a message through the system Share sheet. The Snooze option we previously saw is not yet available in this release.

This handy toolbar, along with the other smart features, helps justify the continued existence of Reply — at least on P — given how the new OS makes it easier for apps to feature intelligent replies. Version 1.0.196197167 is available for those in the Reply beta program, or can be manually sideloaded here.

Update: This smart toolbar also includes contextual smarts that recognizes URLs and phone numbers. Similar to the Android Oreo’s Smart Text Selection, the Reply strip at the bottom of notifications can feature shortcuts to open links in a browser or dial a number in the appropriate app. Meanwhile, a Share button opens the system sheet.