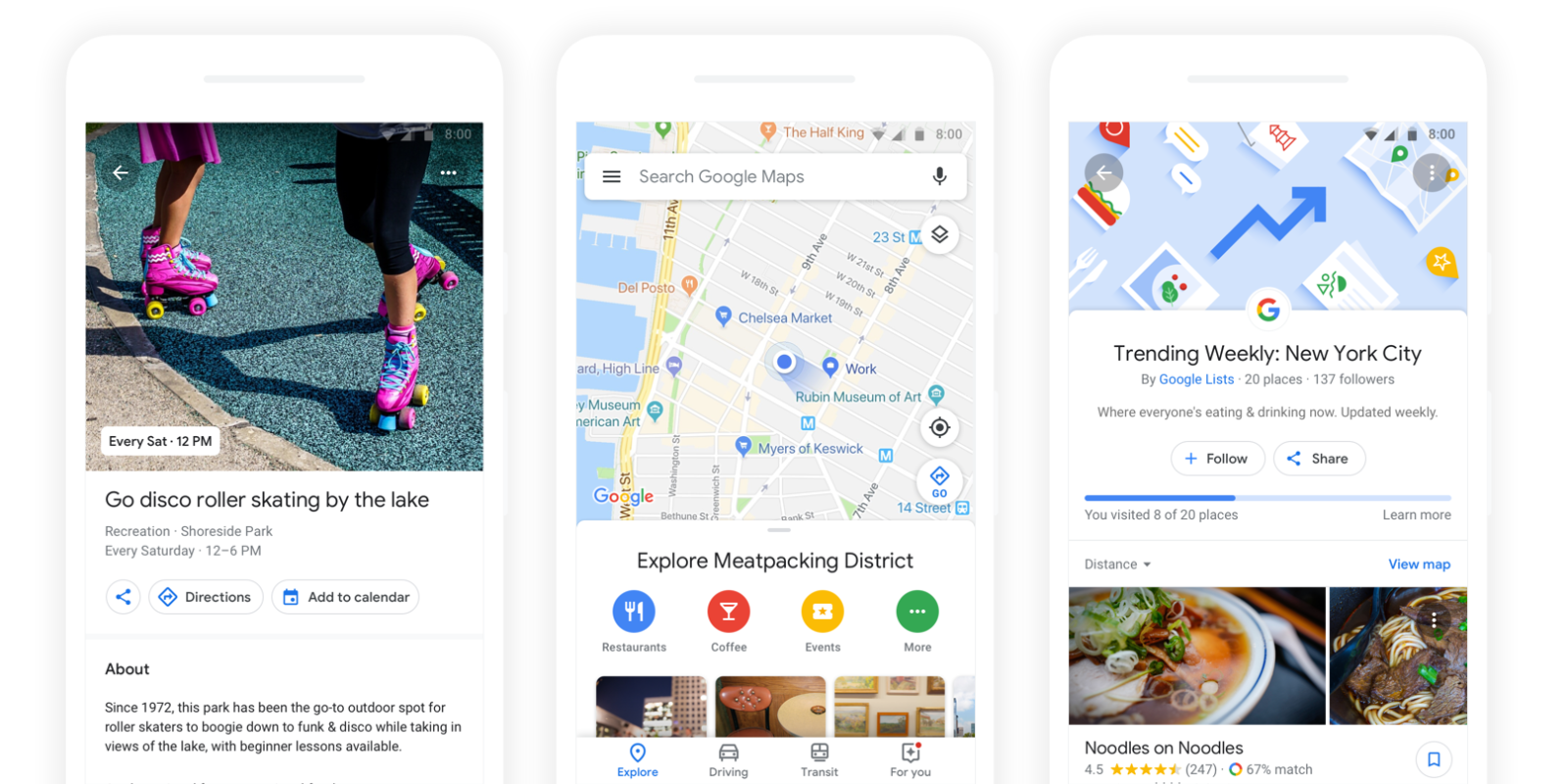 At I/O 2018, Google announced that Maps would become more personal and assistive over the coming months. Screenshots from the keynote also revealed Google’s Material Theme for the Android app, with the company now A/B testing one likely aspect from that upcoming update.

At the moment, tapping on a location in Google Maps slides up a panel from the bottom of the screen that includes the place’s name, as well as shortcuts to access Street View, Directions, and More Info.

Google is now A/B testing a new interface that features a rounded card and offers more context and details. The location name appears to be in Google Sans, while the card notes the location type (Park, Corporate Campus, etc.), as well as the business hours.

In addition to a pill-shaped button that launches Directions, an indicator notes how many minutes it will take to navigate from your location based on your usual mode of transport. That shortcut is also now joined by one for Calling and Sharing. Meanwhile, some locations include images right above the place details on the card.

This feature is not yet widely rolled out, but very much in line with the Google Material Theme showed off at I/O 2018.